NewsNCR EXCLUSIVE : Due to Dawood’s ‘silver’, villagers were beaten up with sticks throughout the night….. 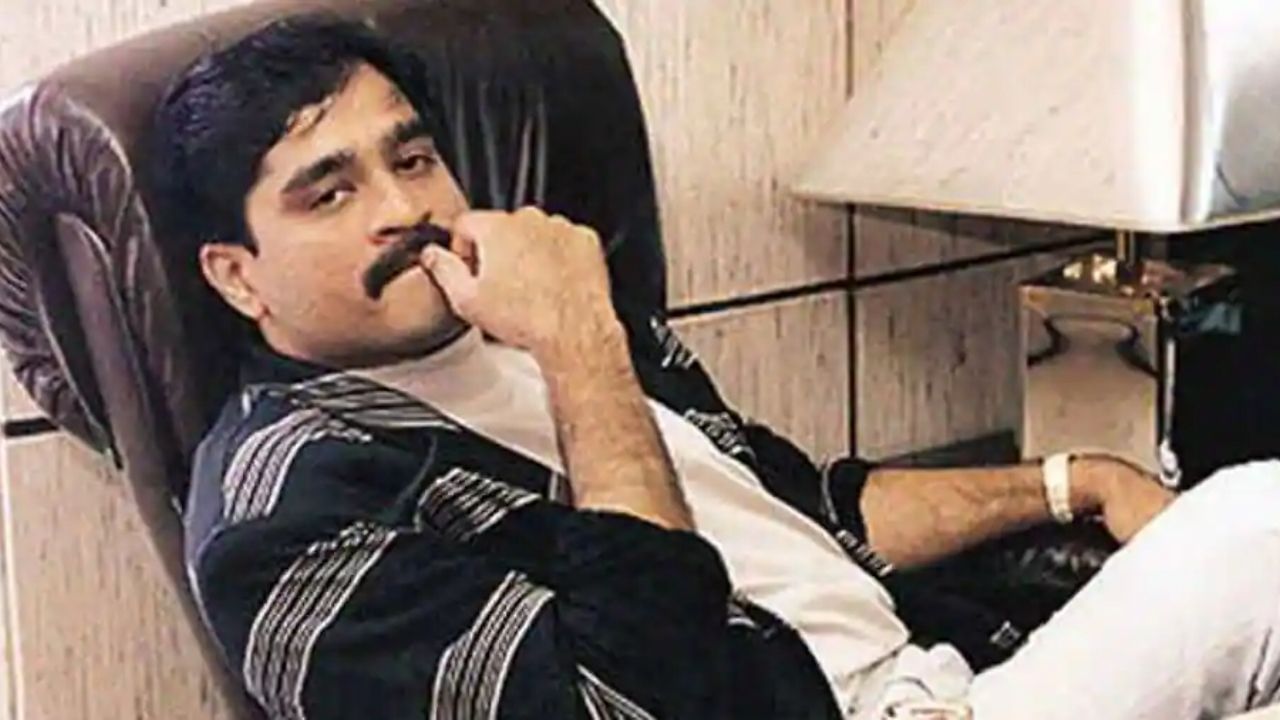 Villagers were beaten for David’s silver

America-India’s most wanted terrorist underworld goon Dawood Ibrahim’s doorstep, over a period of time, used to rub every needy forehead. In the life of such a dreaded Dawood, 30-32 years ago, that day also came when Dawood himself had to go and rub his nose on someone’s body.

Dawood Ibrahim declared the most wanted underworld fugitive of India and America (Dawood IbrahimTurn any page of the books of the misdeeds. Every page will be filled with the dark exploits of this traitor of India and his heart-wrenching anecdotes. There are tales of its own beating on some page. So somewhere by this the tales of beating or beating someone unnecessarily are full. Similarly Dawood Ibrahim (Underworld DonThe true anecdote that I am going to mention today (Underworld) I am doing it here, that is about 30 years from now i.e. three decades ago. Or rather, it is from the early 1990s. The story in which Dawood Ibrahim, who was in the grip of ‘silver’, had beaten the people of a village badly with sticks all night. The gangster who used sticks on the villagers overnight was Jayendra Vishnu Thakur alias Bhai Thakur.

mafia don bhai thakur Originally he was a resident of Vasai-Virar area of ​​Thane district. Even though Bhai Thakur was just a thug in the area, to say, see and hear. Tales of his cruelty were infamous in Thane district. Here I am mentioning the same brother Thakur, whom Dawood Ibrahim himself, a notorious goon, had walked to his doorstep to join his gang. Actually, in the days of this story, Dawood Ibrahim was roaming around in Mumbai and its surrounding areas to strengthen his gang. At the same time, when the discussion of Bhai Thakur’s misdeeds reached Dawood’s ears, he was eager to meet him. One day, Dawood Ibrahim himself went to Jayendra alias Bhai Thakur without putting any middleman in the middle. It is also necessary to mention here that, before going to Bhai Thakur’s doorstep, his abilities in the world of bullying had reached Dawood Ibrahim.

Dawood himself reached the door of this gangster

That is why Dawood Ibrahim who used to insist on making everyone rub his nose on his body. Walking on his own feet, Bhai reached Thakur’s doorstep. In those days, Dawood Ibrahim needed an confidant to protect the consignments of gold and silver smuggled from abroad by sea in Maharashtra and take them to their hideout. In this skill, Dawood himself was also a ‘child’ in front of Bhai Thakur at that time. That’s why Dawood Ibrahim himself went to Bhai Thakur’s base. One day in 1991, a large consignment of ‘silver’ ingots, smuggled to India from abroad by Dawood, was to reach the sea shore (the port). The boat in which they were loaded with silver ingots unfortunately capsized in the sea. Due to which the silver ingots laden in it also started flowing in the sea. The news of silver ingots flowing in the sea spread in the surrounding village.

A boat laden with silver ingots capsized in the sea

In the area of ​​Vadrai village in which Dawood Ibrahim’s boat carrying silver ingots capsized in the sea, there was ‘Dhaak’ of the same Jayendra Thakur alias Bhai Thakur, whom I have mentioned at the beginning of the story and with whom, to strike up friendship. Dawood Ibrahim himself had reached by walking on his feet. Therefore, even in those bad times, the same brother Thakur supported Dawood Ibrahim. Dawood had requested Bhai Thakur to take away the silver ingots that were flowing by the boat capsizing in the sea, no matter what the cost. Dawood took the responsibility of getting the silver ingots out of the possession of those villagers, his trusted henchmen. Jayendra Thakur aka Bhai Thakur gave to Bhai Thakur knew that the villagers who robbed the silver ingots and took them into their possession. Bringing those ingots back from the possession of those villagers is like pulling sugarcane stuck in the mouth of an elephant.

Even after all this, since it was a matter of maintaining friendship with Nak and Dawood. Therefore, Thakur Bhai did not tell anything to Dawood about the reality of the village and the villagers. Yes, he had made such a promise to Dawood that, whatever happens, he will definitely bring back all the silver ingots that were looted from his (Dawood Ibrahim’s) boat overturned in the sea with the villagers. However, the other side of the picture is that, the villagers of Vadrai who had looted Dawood Ibrahim’s silver ingots spread in the sea and Dawood did not have the courage to go to that village, till then in the surrounding areas including that village. Thakur Bhai started talking. Therefore, Thakur Bhai thought that he would bring Dawood’s silver ingots into the possession of the villagers by the means of his bully which had already accumulated in the village. This task, however, did not prove to be as easy as Bhai Thakur had been thinking.

Result of ‘denial’ of the people of Vadrai village

That whole night the goons of Bhai Thakur beat the villagers to death with sticks. When the police reached the village at the end of the day, it came to know that three people of Vadrai village had also died due to the attack of the goons. Every single piece of silver that was robbed by the villagers was looted. Dawood’s eyes blossomed upon seeing all those silver ingots, which had been abandoned by Dawood’s well-known goon except Thakur Bhai, lying at his base. So Dawood, enraged by the success achieved in that night’s incident, entrusted Thakur Bhai with the responsibility of transporting every consignment of gold and silver, smuggled from abroad, to the Mumbai port, to the pre-determined bases / bases in India.


This IPS also agrees with the news of ‘NewsNCR’

The serious thing is that no villager of Vadrai village went to the police station-post to complain about the murder of his three people that night by the Thakur Bhai gang. Because the villagers knew that it meant reaching the police station against Bhai Thakur, the next stop was the cremation ground. On January 3, 1992, almost a year after the incident, when the talk of three murders became common. Then there was a stampede in the police department. When the police became active, to save his life, Bhai Thakur had to leave India and flee under the shelter of Dawood in Dubai. Declared the most wanted of India and America today by the goons of the streets of Mumbai, confirmation of this anecdote related to Dawood Ibrahim, NewsNCR from special conversation During this, Neeraj Kumar, a former officer of the Indian Police Service himself, also does it. Neeraj Kumar, the then Joint Director of CBI, during whose tenure as Delhi Police Commissioner Dawood Ibrahim had sought shelter from him, said, “Saheb ab to bakhsh do me. Now you too are retiring.