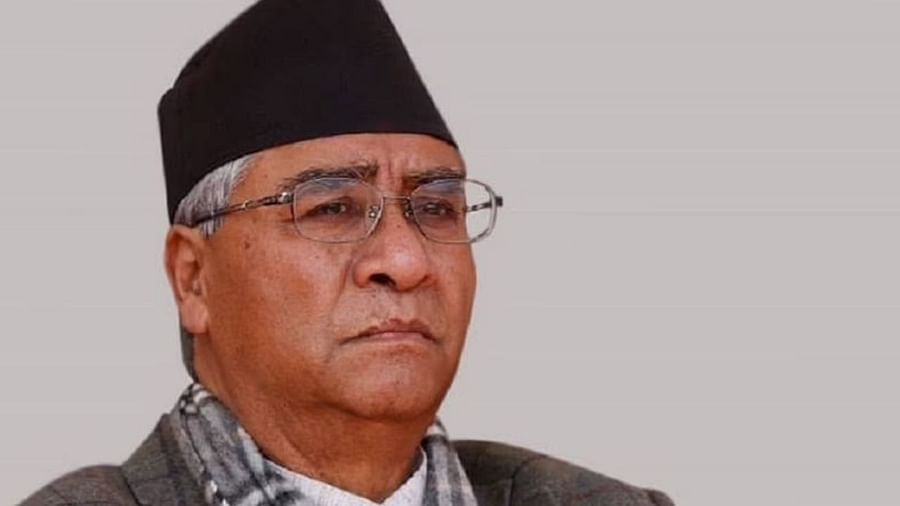 This visit of the Prime Minister of Nepal will start on April 1 and will continue till April 3. He will meet Vice President Venkaiah Naidu during this and will hold talks with Prime Minister Narendra Modi on April 2.

This will be Deuba’s first foreign visit after taking over as the country’s prime minister in July last year. He has become the Prime Minister of the country for the fifth time. Officials said that Deuba will also hold high-level meetings with Prime Minister Modi and other senior leaders during his Delhi visit. According to sources, this visit is a high-level dialogue between the two countries from time to time. It will provide new opportunities for development and economic partnership, trade, cooperation in health sector, power, connectivity, review of people-to-people bilateral relations and issues of mutual interest.

Prime Minister of Nepal Sher Bahadur Deuba accompanied by his spouse Dr. Arzu Deuba, be on an official visit to India from 1-3 April. He will call on the Vice President & hold talks with PM Modi on 2 Apr. EAM and NSA will call on Nepal PM: MEA pic.twitter.com/hhbkgKbOGE

It is known that in the past, Nepal’s Prime Minister Sher Bahadur Deuba expressed his gratitude to Indian Prime Minister Narendra Modi and his government for the evacuation of four Nepalese citizens trapped in Ukraine after the Russian military attack. Nepalese students were evacuated under India’s ‘Operation Ganga’. Operation Ganga was launched on 24 February to bring back Indians trapped in Ukraine after the Russian military invasion. Not only Nepal, but India had also expelled the citizens of Pakistan from Ukraine.

Deuba and Modi met on the sidelines of the UN Climate Summit in Glasgow, Scotland in November last year and had fruitful talks on several aspects of the India-Nepal friendship. During this, PM Deuba thanked PM Modi for providing necessary medical supplies and vaccine assistance to Nepal in the fight against the COVID-19 epidemic.

Read also: Uttarakhand: CM Dhami thanks PM Modi for PM-GKAY scheme, extended the date of the scheme, and will be able to take benefits for 6 months