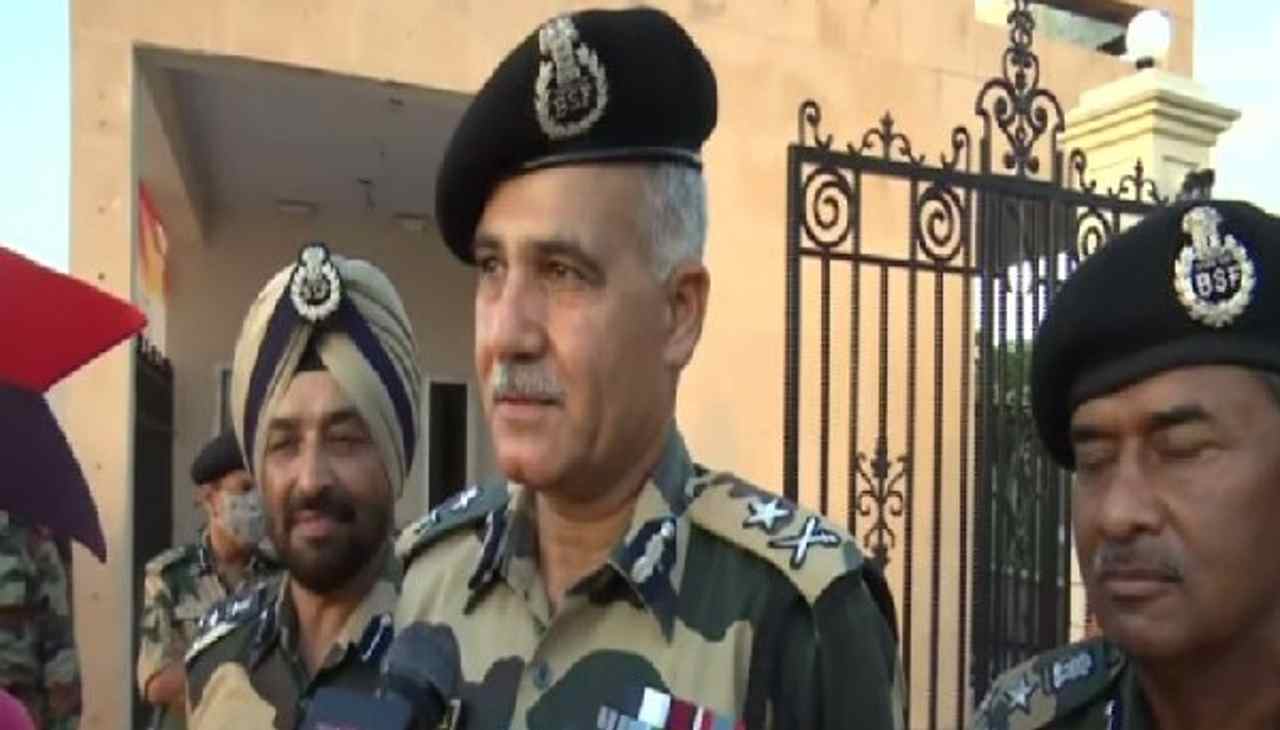 Inspector General NS Jamwal said that there was danger in the border areas and it is still there. He said that he would continue to monitor the situation.

The Border Security Force (BSF) said that they are closely monitoring the developments in the neighboring countries. At the same time, he has expressed confidence in the capability of his forces. BSF Inspector General NS Jamwal said that BSF is continuously maintaining vigil in the border areas of Jammu and Kashmir. We strongly believe in our abilities and are ready to take action for any untoward activity.

Talking about the security tension arising out of developments in Afghanistan and Pakistan, the BSF officer said, “The threat in the border areas was and still is and we will continue to monitor the situation in the border areas. The situation in Afghanistan has been deteriorating since the Taliban took over the war-ravaged country earlier this month. On 15 August, the Afghan government fell soon after President Ashraf Ghani left the country, after which a new government was formed here.

The Haqqani network has been included in the acting ‘Islamic Emirate’ of Afghanistan. In this way, the promises of the Taliban have been exposed in which it was said that it will not give safe haven to jihadists and will stop radical ideas. The deputy leader of the Taliban and the new Interior Minister of Afghanistan is Sirajuddin Haqqani. Sirajuddin Haqqani heads the network and US-based experts call the network a criminal company.

In fact, in the year 2018, when the US started talks about the withdrawal of troops from Afghanistan, the leaders of the Haqqani network were called for talks. Sirajuddin’s younger brother Anas Haqqani was released from prison in Qatar as part of a prisoner swap agreement to join the Taliban’s negotiating group. Koskinas of the New America think-tank points to the role of Pakistan, which has harbored the Taliban and influenced Haqqani for years. He said that Pakistan will definitely take advantage of the Haqqani network.

‘Terror may spread in Russia and Kashmir’

Russian Ambassador Nikolai Kudashev had earlier said that Russia is cooperating closely with India to counter the threat of terrorism emanating from Afghanistan. He said that with the escalation of civil conflict, terrorism will spread in the entire region. “As far as the incident of terror is concerned, we share our concerns with India. There is a threat of terrorism, which may spread to Russian territory and may also spread to the region of Kashmir.

Bigg Boss Ott: Neha Bhasin and Moose got the least votes, know who was out of the show