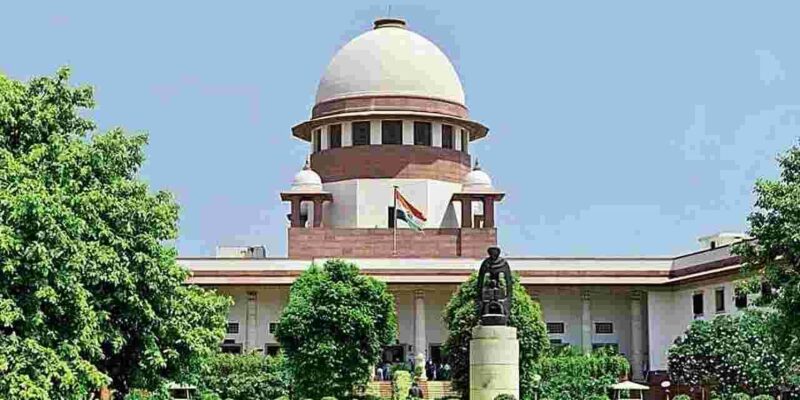 A bench of Justices DY Chandrachud, Vikram Nath and BV Nagaratna asked the Center to clarify what were the grounds and criteria for fixing the limit. Has there been any discussion on this issue? Or the figure of income of only eight lakh rupees has been raised from the limit of determination of creamy layer in Other Backward Classes (OBC) category. The apex court was hearing petitions challenging the July 29 notification of the Center and the Medical Consultative Committee (MCC). 27 percent reservation was provided for Other Backward Classes (OBC) for admission to medical courses and 10 percent for EWS category in the National Eligibility cum Entrance Test (NEET).

Tell me the basis

The top court said that we want to know what is the basis of annual income of Rs 8 lakh? What was the study behind this? Was there any discussion? Can you say that the limit of Rs 8 lakh is for the whole country? Each state has a different cost of living. Metropolitan cities like Mumbai, Bangalore and Chennai have different cost of living as compared to Uttar Pradesh or any other small city. How can the limit of Rs 8 lakh be the same for every place in the country?

The court asked whether the government has studied the GDP of every household in a state. Has he figured out the criteria for economic backwardness? What is its functioning? Even for house rent allowance you have the concept of class-1 and class-2 cities. How can you say that applications will be made for 8 lakh rupees everywhere in the country. You can’t just say it’s a matter of policy and get away with it. The top court asked Additional Solicitor General KM Natraj to look into the issue and file an affidavit with regard to the questions raised by him.

The Supreme Court said that economic backwardness is a real thing. No doubt, as people have neither money to buy books nor food to eat, but as far as EWS is concerned, they belong to the upper category and have no social or educational backwardness. . The top court said it wanted to know what exercise was done to arrive at these indicators for EWS. The bench, in its hearing of more than three and a half hours, said that the states should also be made a party in the matter. The roster/reservation pattern will be declared at the time of counselling, how many seats (SC/ST/OBC and EWS) will get how many seats.

The government has increased the seats in 2019 to accommodate the EWS category students, but the Center was not able to implement the quota last year. Students have got the benefit of increase in seats last year. Senior advocates Arvind Datar and Shyam Divan, appearing for the students, have claimed that the limit of Rs 8 lakh has been arbitrarily fixed without showing any methodology for setting the criteria. Around 2500 seats will go to the EWS category, which will affect the prospects of other students.

Also read- Air Force Day Parade: The sky will be painted in the colors of 1971 victory! Rafale, MiG and Mirage will fly, the chest will swell with pride

Also read – How India will study! At least 40% of school children in seven big states of the country do not have digital devices

Inflation broke the back of the common man: Petrol-diesel prices increased for the fourth consecutive day in this week, know why, check new rates