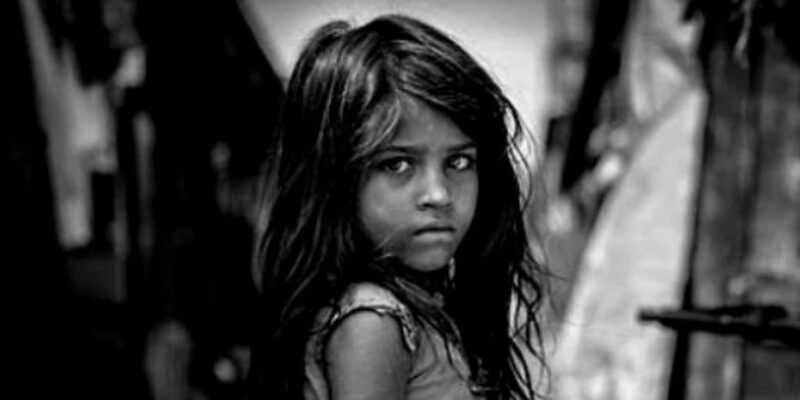 99 percent of girls are victims of sexual violence, photo- Pixabay

A day before we were celebrating ‘International Girl Child Day’ and a week before that the National Crime Records Bureau (NCRB) data for the year 2020 was telling a scary reality related to the life of these girls. This contradiction is possible here that the incidents of saving daughter and violence with daughter keep happening parallel and no one will louse on their ears.

If we go to the bottom of these figures, then we have to face an even more frightening reality. According to the NCRB, the maximum number of incidents of sexual violence and abuse occurred with girls between the age group of 16 to 18 years. There were a total of 14,092 cases in which the age of the girl who was the victim of a sexual accident was 16 to 18 years. The second highest number of such incidents happened with girls aged 12 to 16, whose number
10,949 is.

Looking at these figures, it is not too early to come to any such conclusion that sexual violence against young boys is not or is less than that of girls, but it is clear that our girls are not safe in this society at all. We as a society have not only failed to keep our daughters safe, the agencies and institutions on whose shoulders it is the responsibility of ensuring this security have also failed completely.

Not too old. In January this year, a case registered under POCSO in the Nagpur Bench of the Mumbai High Court was in the news. On January 24, the same day as National Girl Child Day, Nagpur Bench Judge Pushpa Ganediwala, while delivering the judgment in a POSCO case, said, “Forcible touching of a girl’s breast is not mere sexual harassment. If touched from the top of the cloth and there is no ‘skin to skin touch’ then it is not an offense punishable under section 7 of the POCSO Act and sexual harassment under section 8.”

The girl was 12 years old and the man who tried to sexually assault her by inviting her to his house was 39 years old. The man took the child to his house on the pretext of giving guava. Pressed the girl’s breast and tried to take off her shalwar. When the girl tried to cry, the man closed her mouth. Then locked the girl in the room and went from outside by locking the door. Hearing the cry of the child, the mother reached there and saved the child.

In this 2016 case, the trial court convicted the accused under sections 354 (assault or criminal force to a woman with intent to outrage her modesty), 363 (punishment for kidnapping) and 342 (punishment for wrongful confinement) of the Indian Penal Code. sentenced to one year imprisonment. Also sentenced to three years imprisonment under section 8 of the POCSO Act (Protection of Children from Sexual Offenses, 2012). When this case reached the High Court, Judge Pushpa Ganediwala reversed the decision of the lower court and waived the sentence of three years and acquitted the man and said that it is not a crime to grab the girl’s chest from the clothes because skin to skin The touch hasn’t even happened.

However, the case made headlines across the country and the Attorney General of India, K.K. Venugopal, taking suo motu cognizance, presented the verdict in the Supreme Court and said it was a “very bizarre decision” and would set a “dangerous precedent”. The Supreme Court stayed this decision of the Nagpur Bench.

But this is not the first and last case of POCSO, in which such a strange verdict was given. This year, on January 15, 2021, the Nagpur Bench gave a similar objectionable decision in another case, which can be a dangerous precedent in other cases of POCSO in the long run. This time also the judge was the same – Pushpa Ganediwala. He said in another case of child sexual abuse that holding the hand of a minor girl (the girl was five years old in this case) and unzipping her pants is not sexual assault under POCSO, but under section 354A of the Indian Penal Code. Under Sexual Harassment. In Libanus v State of Maharashtra, a 50-year-old man was accused of sexually abusing a 5-year-old girl.

The trial court considered it a serious offense and sentenced the accused to five years imprisonment and Rs 25,000 under Section 10 of the POCSO Act. Sentenced to fine, but Pushpa Ganediwala reversed that decision. He said, “Merely holding the girl’s hand and unzipping the zip of her pants does not amount to criminal sexual assault under POCSO.” In his judgment, he also said, “It is definitely a case of sexual harassment under Section 354A of the Indian Penal Code, which can be punished with a maximum punishment of three years. Since the accused has already spent five months in jail. That’s why such a punishment is enough for the crime committed by him.”

Any kind of sexual violence against children, even just touching their sexual parts, also comes under the category of serious offense and there should be a provision of severe punishment for this. This was the motive and intention behind making a separate POCSO law on child sexual violence. Recently, in another case, the Bombay Court once redefined the seriousness of POCSO, saying that “touching the back (buttocks) of a minor child is also an offense under POCSO” and the person who did so was punished by the court for five years. years imprisonment
sentenced to.

In this case, the child was 10 years old and the one who hit the girl’s buttocks was 21 years old. The defense counsel tried to interpret Section 7 of the POCSO Act in the same manner as the Nagpur court judge was doing. He said that the buttocks is not a sex organ, so touching it will not amount to a crime. But the judge strongly reprimanded that lawyer and said, “The back part comes under the category of private part under the definition of POCSO.” At the same time, the court also said, “Touching the buttock part of the minor in itself reveals the sexual intentions of the assailant. There can be no other possible reason for such an act.”

The purpose behind presenting the details of all these cases here is only to state that the job of NCRB is only to collect data from year to year and give them a sequential print, but the agencies and institutions that have been created with the responsibility that She will prevent the occurrence of child sex crimes and ensure speedy justice in such cases, she has also completely failed to fulfill her responsibility.

Even small girls are unsafe in a society that claims to worship girls. 28,058 are the cases which have been registered. More than this, there will be a large number of such cases, which have not even reached the door of the court. Countless children who would never have gone to their home and told their parents that someone touched them inappropriately. Such parents who even knowing this would not have gathered both the courage and the courage to knock on the door of the court. It is possible that the number of such cases is more than the cases registered.

You can catch the girl from the top of the clothes, Bombay High Court is saying – this is not a crime

Men can open the zip of their pants in front of a five-year-old girl, this is also not a crime: Bombay High Court

Is America moving towards a major economic crisis, know about the ‘Debt Crisis’ of the world’s most powerful country

Mahindra XUV700 reached the world’s highest motorable road, know what problems the vehicle had to face during the journey