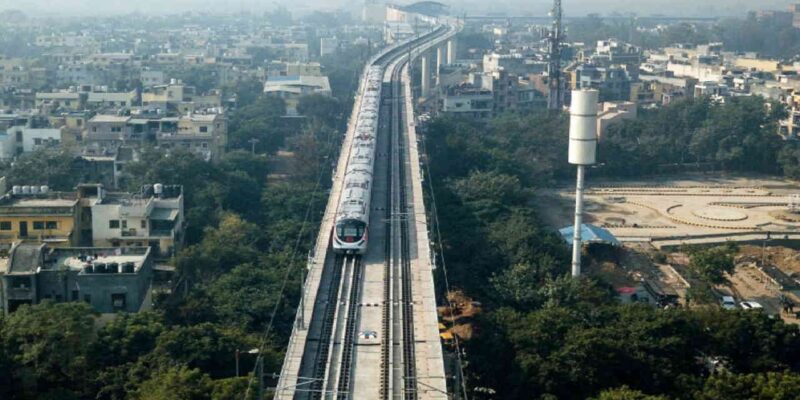 Many areas can be taken out of Delhi-NCR. (File Photo)

The scope of Delhi-NCR can be reduced in the coming years. Presently, the National Capital Region is spread over 150-175 km, which covers many districts and rural areas of UP and Haryana. Although NCR Draft Regional Plan 2041 (NCR Draft Regional Plan 2041According to ) it can be reduced to 100 km. Linear corridors, expressways, national highways, regional rapid transit systems and high-speed rail networks are planned to be set up in this 100-km stretch.

According to this new plan, the decision to include or exclude the tehsils that come partly in this 100 km delimitation will be left to the respective state governments. A detailed draft plan for suggestions and objections will be made public soon and after that, it will be notified by the NCR Planning Board. The NCR Planning Board has approved the Draft Regional Plan-2041 for better connectivity between cities. The plan envisages high speed connectivity through air ambulance, helitaxi, road, rail and waterways in a futuristic, slum-free National Capital Region.

The draft plan lays emphasis on taking special measures to travel between major cities of NCR in 30 minutes through high speed rail and reach Delhi in 30 minutes from the nearest borders of NCR through mass transit rail system. According to the news agency PTI, this draft plan was approved in the meeting of the National Capital Region Planning Board (NCRPB) held on Tuesday. The meeting was presided over by the Union Minister for Urban Affairs and Housing Hardeep Singh Puri. The board has made some changes in this draft to be kept for public opinion. Its thinking is that after making necessary changes according to the opinion of the people under the prescribed process, the final form of the draft plan should be approved by the board by March 2022.

In this meeting, Haryana Chief Minister Manohar Lal, Delhi Urban Development Minister Satyendar Jain, Rajasthan Urban Development Minister Shanti Kumar Dhariwal, Uttar Pradesh Khadi, Village Industries and MSME Minister Siddharth Nath Singh, besides many senior officials participated. The thrust of the Regional Plan-2041 is to transform the cities of NCR into smart connectivity area with bullet train, helitaxi service and smart roads and make the region economically prosperous and the entire infrastructure will be citizen centric. For this, transportation by air, road, rail and water will be upgraded in the entire NCR.

According to this plan available on the website of NCRPB, it is proposed to set up seven metro centers – Faridabad-Ballabgarh, Gurgaon-Manesar, Ghaziabad-Loni, Noida, Sonipat-Kundli, Greater Noida and Meerut. Apart from this, 11 regional centers- Bahadurgah, Panipat, Rohtak, Palwal, Rewari-Dharuhera-Bawal, Hapur-Pilkhua, Bulandshahr-Khurja, Baghpat-Baraut, Alwar, Greater Bhiwadi and Shahjahanpur-Neemrana-Behror have also been identified. The plan for the year 2041 envisages NCR with air ambulance facility and high speed connectivity through helitaxis, road, rail and inland waterways.

Bullet train and waterway between cities

It has been said in the draft that it is important to reduce the travel time across the NCR and for this it has been decided that within 30 minutes from one city to another by high speed bullet train or helitaxi, within 60 minutes by other trains and two Can be reached by car within three hours. Delhi should be just 30 minutes away from the major cities of NCR by superfast train. The draft also plans to promote electric transport infrastructure. Apart from this, improving water and air quality, environment protection, urban reconstruction, easy living, slum free zone, 24 hour air ambulance, clean and smart NCR etc. are some of the other big steps which have been emphasized in this plan.

NCRPB covers the whole of Delhi, eight districts of Uttar Pradesh, 14 districts of Haryana and two districts of Rajasthan. Overall, the board covers an area of ​​55,083 square kilometers. The board plans to connect this entire area with helitaxi so that tourism can be promoted. Apart from this, in addition to the Eastern and Western Peripheral Expressways, two more expressways have been planned in the new draft. First through circular expressway Panipat-Shamli-Meerut-Jewar-Nuh-Bhiwadi-Rewari-Jhajjar-Rohtak-Panipat and through second expressway Karnal-Muzaffarnagar-Garhmukteshwar-Naraura-Aligarh-Mathura-Deeg-Alwar-Mahendragarh Charkhi Dadri-Bhiwani-Kaithal-Karnal will be connected. The NCR plan estimates that the population of NCR may reach 7 crore by 2031 and 11 crore by 2041.

Under the Regional Plan-2041, now the boundary of the National Capital Region has been fixed up to 100 km from Rajghat in Delhi. That is, the cities or villages falling within a radius of 100 km around Rajghat will come under the purview of this scheme. This means that now roads, rail or air network will be developed within a radius of 100 km. Cities like Gurugram, Faridabad, Noida, Greater Noida and Meerut etc. will still be a part of the NCR Board.

Also read- Loot Ghar Series: The babus of the authority closed their eyes seeing the buildings being erected on their land, the buyers looted lakhs and then their lives were trapped

Is the opposition in Uttar Pradesh preparing to make the BJP win?