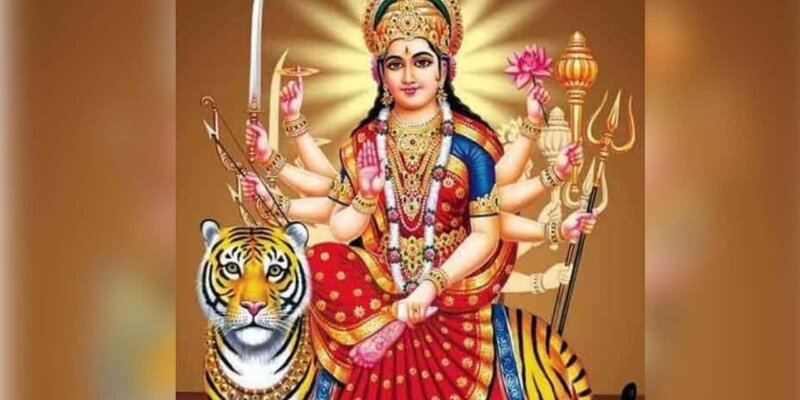 How did the hungry lion come to eat Maa Durga after all that became her vehicle?

Today is the fifth date of Shardiya Navratri. On this day, the fifth form of Maa Durga, Maa Skandmata is worshipped. Today we are going to tell you a story that is related to Goddess Durga and her vehicle, the lion. Durga, the form of Shakti, whom the whole world believes. Not only ordinary human beings like us, but all the gods are also influenced by her kindness to Maa Durga. According to a mythological story, Goddess Durga did not get the ride of a lion just like that, there is a very interesting story behind it. According to religious history, Goddess Parvati did penance for thousands of years to get Lord Shiva in her husband’s form.

Due to severe penance, the color of mother Parvati had become dark.

Seeing Mother Parvati absorbed in penance, the lion did not make any fuss

When Mother Parvati was absorbed in penance, in the meantime a hungry lion reached there with a desire to eat the goddess. But seeing the goddess absorbed in penance, he sat there silently. Don’t know why he did not want to disturb the penance of the hungry lion goddess. He started thinking that when the goddess would wake up from penance and he would make her his diet. In the meantime, many years passed but the lion remained in its place. Many years passed but Mother Parvati was still engrossed in penance. She did not want to take the decision to get up from austerity under any circumstances. But then Lord Shiva appeared there and went away by giving the goddess the boon of being fair.

So for this reason Mother Parvati is called Gauri

After a while Mata Parvati got up from penance and took a bath in the Ganges. Soon after the bath, suddenly another goddess appeared from within him. His complexion was very dark. Goddess Parvati’s complexion became fair as soon as that Kali Devi came out of Mother Parvati. According to this story, the goddess who came out from within the mother was named Kaushiki and the fair mother was called ‘Mata Gauri’ in the whole world.

After bathing, the goddess found a lion near her, who had been sitting in the urge to eat them for years. But like the goddess, he was in a penance for years, whose boon the mother gave him as her vehicle. Devi was very pleased with the penance of that lion, so she took control of that lion with her power and made it her vehicle.

Health Tips: These 7 habits of yours are harmful for kidney, leave them immediately