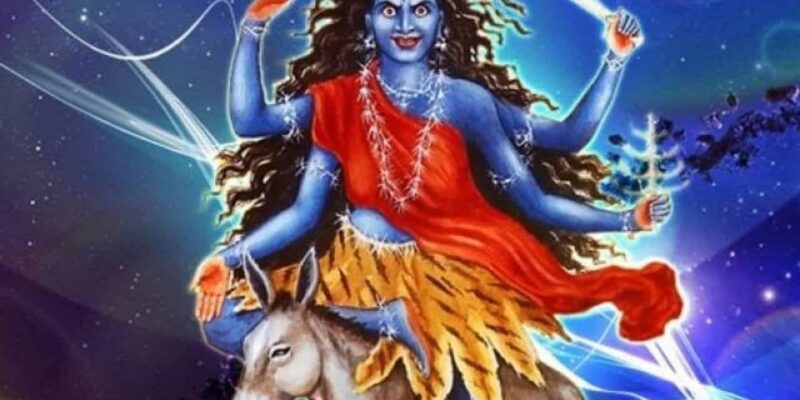 Navratri during autumn is known as Shardiya Navratri and Sharadiya Navratri is the most important Navratri among the four Navratri of the year. It is also known as Maha Navratri. It is a nine-day long festival dedicated to a form of Goddess Durga where each form represents a specific characteristic of the mother.

Shardiya Navratri falls during the Shukla Paksha of the Ashwin month of the Hindu lunar calendar. It started on October 7, 2021 and will end on October 15, 2021.

Maa Kalratri is worshiped on Saptami Tithi. It is considered to be the most cruel form of Mata Parvati. Kalratri Puja will be done on 12 October 2021.

Mata Kalratri is also known as Mata Shubhankari because of her auspicious power in her fiery form. It is believed that she makes her devotees fearless.

According to Markandeya Purana, Kalratri is one of the destructive forms of Goddess Durga. She rides on a donkey, her complexion is the darkest of nights, with long hair. He has three eyes.

When she breathes, flames come out of her nostrils. His four arms are holding a bowed thunderbolt and a curved sword in the left two hands while the right two hands are in abhayamudra (protection) and varamudra (blessing).

Devotees should take a quick bath and wear clean clothes.

– Install the idol of the mother near the Kalash.

Offer paan and betel nut to the mother.

– Offer flowers to the mother, the jasmine flowers that bloom mostly in the night.

Ghee lamp is lit in front of the idol.

Mantras of Maa Kalratri are chanted.

– Aarti is performed and bhog is also offered in the evening.

Also read- Navarna Mantra: By chanting this mantra of Mother in Navratri, all the wishes will be fulfilled, know how?

Also read- Maihar Devi Temple: This Shaktipeeth of Mother Sharda is full of miracles, where any flower is offered before the priest

Kerala: Reduction in corona cases, 71 percent people got the first dose of vaccine

South African legend expressed his desire to become the coach of Team India, has created panic with his game in the World Cup 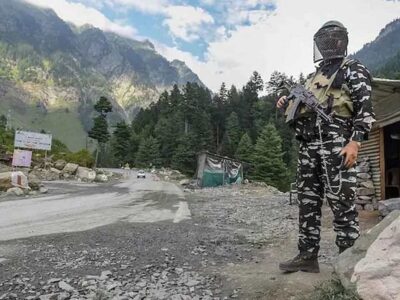