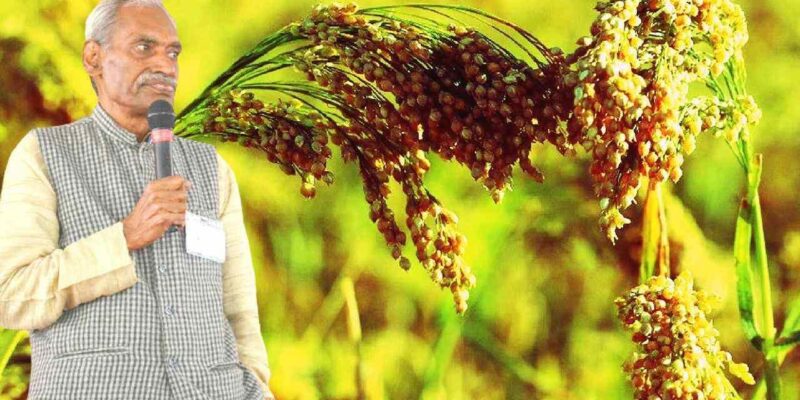 Palekar has been an agricultural consultant in Andhra Pradesh, so most of the natural farming is happening there.

These days, organic farming and natural farming are in a lot of discussion due to the increasing diseases caused by eating the products produced through chemical fertilizers. Indiscriminate use of urea and dangerous pesticides is also spoiling the health of the land. That is why now agricultural scientists are also saying that this is the time to produce quality agricultural products, not quantity. So is it time to go back to the old days of farming? If so, then I know everything about natural farming, the concept of which has been started by Subhash Palekar, born in a village named Belora in the Vidarbha region of Maharashtra.

That is why it is also called Subhash Palekar Natural Farming i.e. Zero Budget Natural Farming. Such farming is based on the dung and urine of the indigenous cow. There is no need for agricultural inputs such as fertilizers, pesticides and intensive irrigation in this method. Today the whole world is accepting the iron of this concept that came out of Maharashtra. According to a report of the Union Agriculture Ministry, 4.09 lakh hectare area has been covered so far under zero budget natural farming.

Who is Palekar from Natural Farming?

Subhash Palekar was born in the year 1949 in a village called Belora located in the Vidarbha region. Palekar graduated in Agriculture from Nagpur. After studies, in the year 1972, he started doing chemical farming with his father. He observed that from the year 1972-1985, the production from chemical farming increased significantly, but after that the production of the same fields started declining. He was surprised to see this. Then for three years he looked for the reasons for this. concluded that agricultural science is based on a false philosophy. He started seeing faults in the Green Revolution and started research on alternative agriculture.

According to Palekar, there is no other option to stop the suicides of farmers other than natural ie zero budget farming. This is the only way to provide poison free food to human beings. Neither chemical pesticides and fertilizers are used for farming with this concept nor anything is bought from the market. The claim is that by this method, only 1 indigenous cow dung and cow urine are required for cultivation on 30 acres of land.

Ravindra Dharia, president of ‘Vanrai’, a well-known organization working for rural development, water and agriculture in Maharashtra, told TV-9 Digital, “Organic and natural farming is becoming the need of the hour. But there is a need to maintain balance in this and in chemical farming. So that the income of the farmers is also good and the health of agriculture and people is also not spoiled. Therefore, it is time to increase natural farming along with chemical. We cannot rule out either of them. Both the concepts are true in their place.

side effects of chemical fertilizers

The indiscriminate use of chemical fertilizers, especially urea and dangerous insecticides, is deteriorating the health of both the people and the land. That is why Prime Minister Narendra Modi himself has many times called upon the farmers to return to organic and natural farming. So that people get to eat nutritious and healthy agricultural products.

What did the government do?

The central government is giving an assistance of Rs 12,200 per hectare for natural farming. To promote this, Rs 4980.99 lakh has been released in 8 states of the country. Work on Basmati rice and wheat has been started in Modipuram (Uttar Pradesh), Ludhiana (Punjab), Pantnagar (Uttarakhand) and Kurukshetra (Haryana) since Rabi, 2017 to study the Natural Farming System.

read this also: If the price of soybean is Rs 10000 a quintal, only then the traders will get entry in the village, know what is the whole matter

read this also:Lettuce Leaf Farming: When and how to do advanced cultivation of leafy lettuce, know all the important things related to it