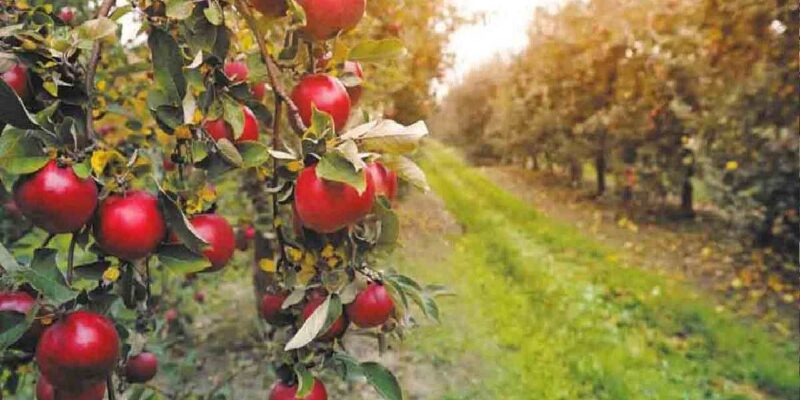 The farmers of Himachal Pradesh have benefited from apples grown through natural farming. It is a matter of happiness for Shakuntala Sharma, an apple grower from Theog in Shimla district of the state, as the price of apples grown in her orchard with natural farming techniques unexpectedly exceeded Rs 100 per kg this year. “As soon as a buyer in the local market Dhamandari saw the label of ‘natural apples’ on my boxes, he immediately said that he would buy all the apples at this price. I also saved Rs 50,000-60,000 on the cost of cultivation with the non-chemical Subhash Palekar Natural Farming (SPNF), which is a huge profit.

The woman farmer is cultivating SPNF on 10 bighas of land including apple orchards in five bighas. Buyers of natural vegetables also come to them and give them good prices. The SPNF method is based on indigenous cow dung and urine and manure obtained from some locally available resources. Manure for SPNF can be prepared at home.

Ravinder Chauhan of Samoli panchayat of Rohru block of Shimla district said, “I was under financial stress as I had to face many problems in my apple orchard due to ever increasing expenditure on chemical spray. But natural farming has helped me earn good profits in the last three years.’ Chauhan, who grows apples on eight bighas of land using natural farming techniques, has grown an apple box (25 kg each) in states like Tamil Nadu, Gujarat and Karnataka. Sold for Rs 4,200-4,500 which includes transportation cost.

In Himachal Pradesh, non-chemical low cost climate friendly SPNF technology for agriculture and horticulture crops is being promoted under PK3Y, which was launched by the state government in 2018. As per the data shared by the State Project Implementation Unit (SPIU), PK3Y in Shimla, Himachal Pradesh has so far (partially or fully) 1,33,056 farmers doing natural farming, covering an area of ​​7609 hectares. This includes 12,000 apple orchards. Natural apple cultivation is changing the lives of the farmers of Himachal Pradesh. They are feeding pure and natural and nutritious apples to the people.

Uttar Pradesh: There is a stir in the BJP over the Lakhimpur violence! UP BJP President Swatantra Dev Singh arrives in Delhi