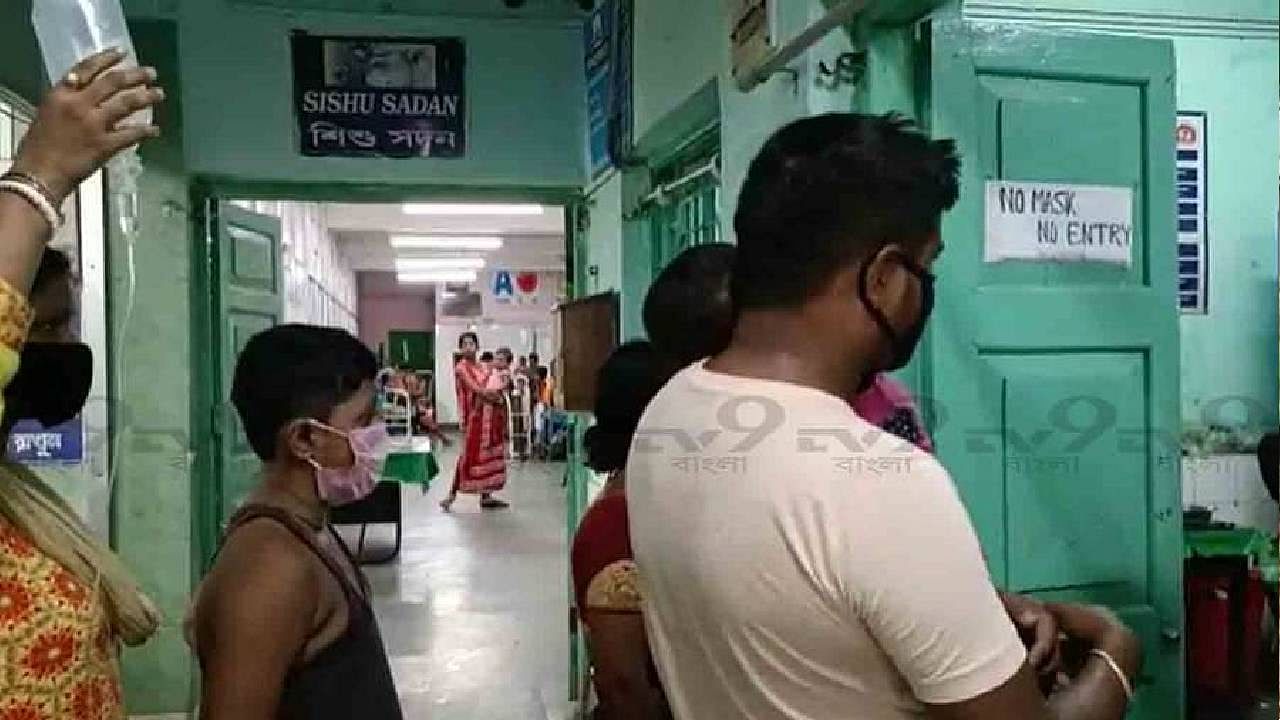 The cases of Mysterious Fever are increasing in North Bengal. So far four children have died due to this unknown fever. There is panic in the area due to fever of children and there are long lines in hospitals.

The cases of Mysterious Fever are increasing in North Bengal. So far four children have died due to this unknown fever. The number of seriously ill children is about 50. According to government figures, more than 500 children are suffering from unknown fever. People of different districts of North Bengal are in panic. People are queuing in hospitals. On the other hand, the Mamta government has formed a committee to look into this matter. The eight-member committee will discuss this matter today through video conferencing. Dr Swapan Biswas, Treasurer, Service Doctors Forum, said that a detailed investigation is needed in this matter and it is necessary to find out what are the reasons for this fever.

Let us inform that in view of the announcement of health building to deal with the third wave of corona and for the safety of children, preparations are going on in the entire state. New beds have been made, but the havoc of unintentional fever in North Bengal has increased the concern of the government. The havoc is increasing continuously in the areas adjoining Jalpaiguri, Siliguri and Cooch Behar. The hospital is crowded with children and their parents. There is no place for admission. The same is the case with many district and sub-divisional hospitals or primary health centers of the block.

According to Jalpaiguri district administration sources, the cases of this unknown fever are increasing across the district since last 12-14 days. Some doctors from North Bengal complained that the health building was not properly informed. Accused of hiding information. Many children have fallen ill with fever, abdominal pain and shortness of breath. This unknown fever is spreading in many districts of North Bengal. However, even after 10-12 days, the exact cause is still not known. Why does it take so long to find the cause of the fever? Many experts have also raised questions about them.

It is alleged that children are being affected by this outbreak in different parts of Siliguri, Jalpaiguri, Alipurduar and Cooch Behar. Children suffering from this fever are approaching various district hospitals, sub-divisional hospitals or primary health centers of the block. There is a growing crowd of children suffering from fever in various small and big hospitals including Siliguri District Hospital, North Bengal Medical College, Jalpaiguri District Hospital, Banarhat, Dhupguri, Malbazar, Mekhaliganj Hospital.

OSD officer in-charge of North Bengal, Sushant Roy, confirmed that the fever was not Japanese encephalitis. The question is, what is the cause of fever? The government has said that all preparations are being made for the safety of the children. Steps are being taken. A special committee of eight specialist doctors has been formed to look into what is happening to children in any district across the state, including in Jalpaiguri in North Bengal. On the other hand, according to sources, the Chief Secretary has called an immediate meeting on this issue. In this meeting, talks will be held with all the district health officers and district magistrates.

Bhawanipur By-Election: BJP candidate Priyanka Tibrewal has jewelery worth 13 lakhs, know how much is the total assets?

Skin care: Do not forget these mistakes in skincare routine, skin can be dry and lifeless