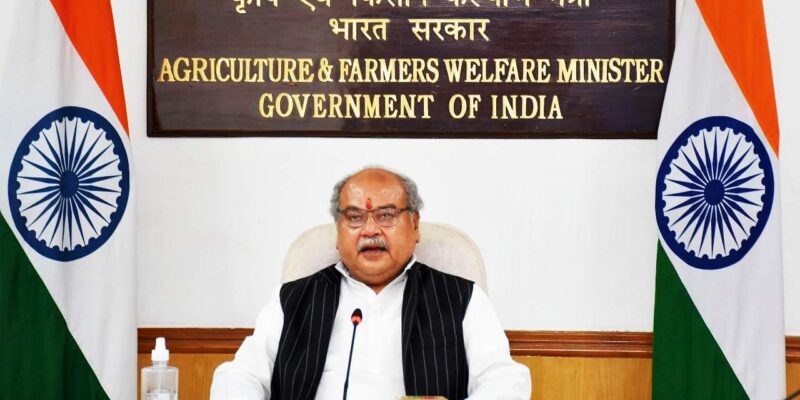 Union Agriculture Minister Narendra Singh Tomar has said that under the leadership of Prime Minister Narendra Modi, work is being done on a mission mode to make the country self-reliant by increasing the production and productivity of pulses and oilseeds. In this sequence, the National Mission for Oil Palm has also been started with an expenditure of Rs.11 thousand crores. At present, palm cultivation is taking place in 3.5 lakh hectare area of ​​the country, which is planned to be taken forward to 10 lakh hectare area. Its total production is expected to reach 28 lakh tonnes by 2029-30.

Tomar was addressing a free distribution program of mustard seed mini kit worth Rs 2 crore in Morena and Sheopur in Madhya Pradesh. The Agriculture Minister said that since assuming office in 2014, Prime Minister Modi has emphasized on improving the condition of farmers. 6000-6000 thousand rupees are being given every year under the PM-Kisan Samman Nidhi Scheme for income support to the farmers. Madhya Pradesh Chief Minister Shivraj Singh Chouhan is also giving Rs 4000-4000 separately. In this way the farmers here are getting 10 thousand rupees.

Farmers should try to reduce the cost of agriculture: Tomar

Similarly, the government has come up with a plan to form ten thousand new Farmer Producer Organizations (FPOs), so that the farmers collectively get all the facilities and their income increases. The procurement at Minimum Support Price (MSP) is increasing day by day. Now farmers should also try to reduce their cost through various schemes. He urged the farmers to save water in farming and also use alternative fertilizers.

Seeds will be available for free, these states will benefit

Tomar said that approval has been given to implement mini kit distribution of rapeseed and mustard seeds program for the major mustard producing states of the country. 8,20,600 seed minikits will be given for distribution in 343 identified districts of 15 states. In which seeds of high yielding varieties of productivity more than 20 quintals per hectare are included. Various districts of Madhya Pradesh, Bihar, Chhattisgarh, Gujarat, Haryana, Jammu and Kashmir, Jharkhand, Odisha, Punjab, Rajasthan, Uttar Pradesh, Uttarakhand, Assam, Arunachal Pradesh and Tripura have been included in this program.

Also read: Campaign of government and agricultural scientists, there has been a huge reduction in the incidents of stubble burning this year