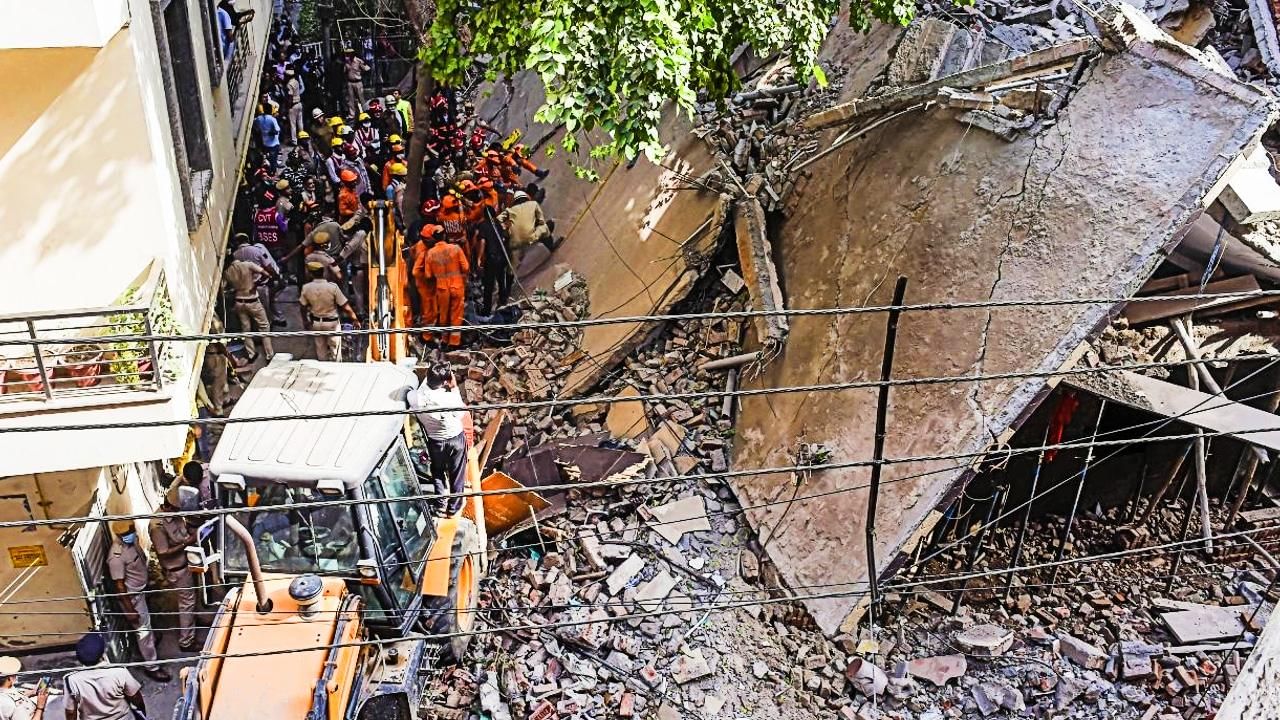 On Friday, 27 people died in a massive fire in Delhi’s Mundka. At the same time, 12 people have been burnt in the fire. This morning the NDRF team is engaged in the rescue and search operation.

Delhi’s Mundka (Mundka FireA massive fire broke out in a building on Friday. So far 27 people have died in the incident. There 12 people have been injured. This information has been given by DCP Outer District, Sameer Sharma. On the other hand, NDRF team is running search and rescue operation in the building this morning. SP Tomar of Delhi Civil Defense said that we have started the help desk so that people whose relatives are missing or injured, they can get correct information and they do not get upset. West Delhi’s Mundka Metro Station (Mundka Metro StationA major fire broke out in a four-storey commercial building located near ) on Friday evening.

Police sources said the fire started from the first floor of the building where the office of the company manufacturing CCTV cameras and routers was located. He said that more than 30 fire tenders (fire tender) was applied. The owners of the company – Harish Goyal and Varun Goel – have been taken into custody and the owner of the building has been identified as Manish Lakra, police said.

Meenash Lakra said that he lived on the topmost floor of the building and a case is being registered against him under sections of the Indian Penal Code. Delhi Fire Service chief Atul Garg said that no firefighters were injured in the operation. According to the police, the information about the fire was received at 4:45 pm. After which more than 30 fire engines were sent to the spot. The fire started near pillar number 544 of Mundka metro station.

More than 50 people were evacuated

During interrogation, the police came to know that office space was provided to the companies in the four-storey building. He told that there was a company’s office in the first floor and more than 50 of its employees were safely evacuated, while the bodies of 27 people have been recovered. Some ambulances were also present at the spot to provide immediate medical care to the rescued people. A senior fire brigade official said the fire was brought under control at around 11 pm but the refrigeration operation is on.