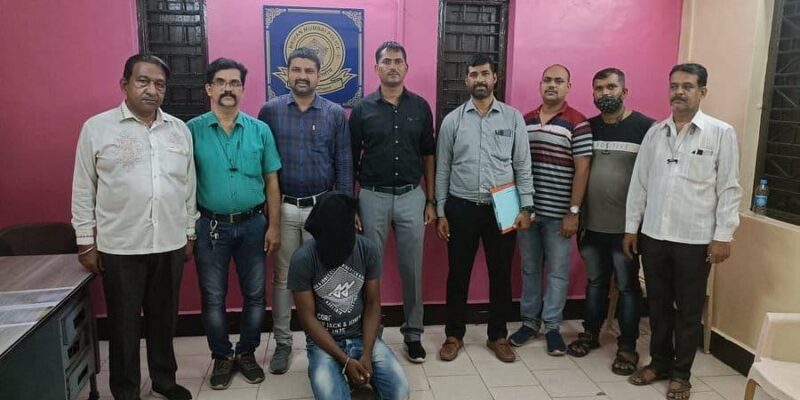 The Anti-Narcotics Cell of Mumbai Crime Branch has arrested a Nigerian from Andheri area last night on charges of possessing MDMA tablets. According to officials, he is a citizen of African origin. On the basis of the information of the informer, the arrest has been made. During the search of the accused, 130 grams of MDMA tablet has been seized in a bag from him. The cost of these drugs is said to be around Rs 39 lakh. According to the Anti-Narcotics Cell, further investigation has been started by registering a case under the NDPS Act 1985.

At the same time, Arbaaz Merchant and Munmun Dhamecha, sons of Bollywood actors Shahrukh Khan, were arrested on October 3. Earlier, banned narcotics were allegedly seized from a cruise ship in the Mumbai offshore area. A case has been registered against him under various sections of the NDPS Act and he is currently in judicial custody. The Narcotics Control Bureau (NCB) has so far arrested 18 people in this case.

Provision for 3 years imprisonment on narcotic substances and narcotics

The Court of ACMM observed that the investigation revealed that the charges leveled against all the accused pertain to consumption, sale and purchase, as well as alleged seizure of narcotic substances and narcotics, for which more than 3 years There is more punishment. The ACMM said, “They all relate to the powers of the Court of Session and the High Court. Considering all these aspects, the bail applications filed by the accused are not maintainable before this Court. It needs to be rejected. When the matter came up for hearing on Friday, Additional Solicitor General Anil Singh had challenged the bail applications, claiming that the magistrate court had no right to hear such applications in this case.

Magistrate Court has no power to consider bail

The Magistrate Court has no power to entertain the bail application in the case of offenses punishable with imprisonment for more than three years under the NDPS Act, as the matter will be heard by a special court. This has been said in the order of the court while rejecting the bail application of Aryan Khan and two others arrested in the case of getting drugs in the raid on the cruise ship.

Iraq Elections: Votes will be cast in Iraq today, 25 million voters will decide the future of 3200 candidates

Now there will be no shortage of syringes in the country, the government took this big step