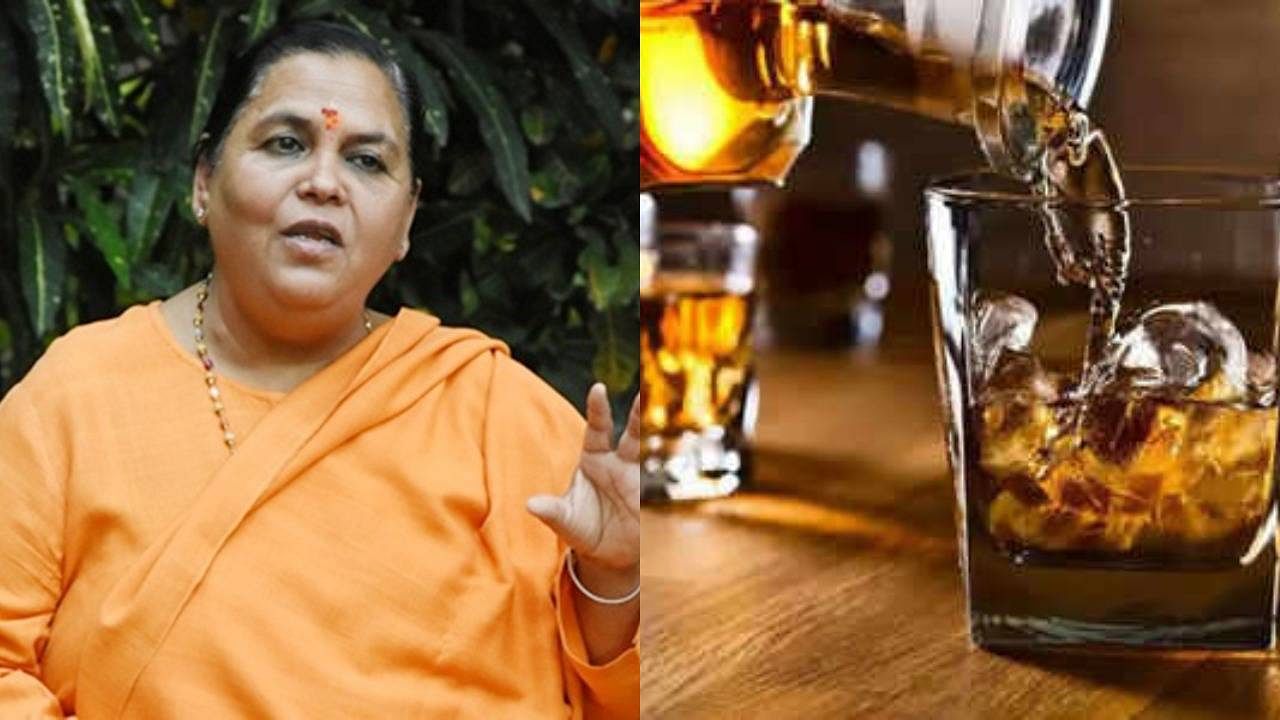 At the same time, Uma Bharti said that if liquor is not banned in Madhya Pradesh by January 15, 2022, then she will campaign on the road.

Former Chief Minister of Madhya Pradesh (madhya pradesh) and senior BJP leader Uma Bharti has again been seen surrounding her own government. Uma Bharti has once again raised the issue of prohibition. On the occasion of Navratri, Uma Bharti had reached Maihar’s mother Sharda on Tuesday. Where he worshiped Mother Sharda Devi. During a discussion with reporters here, he said that Mother Sharda Devi is his family deity. She always comes here. Last year she could not come due to Karona infection.

He said, after having darshan, he has prayed for the country to get rid of the calamity like Corona epidemic. Every time Uma Bharti comes to see Maihar on Saptami. Regarding alcohol, Uma said that tribal society does not become uncivilized after intoxication. Uncivilized is an urban society. Most of the tribal groups are in Madhya Pradesh and Gujarat. He said that through his campaign, Madhya Pradesh will also be made liquor free, but before that it is necessary to run an awareness campaign.

He said that talks are going on continuously with Chief Minister Shivraj Singh Chouhan and State President BD Sharma for prohibition of liquor and they are with them. He said that both hate alcohol, even party workers stay away from alcohol. At the same time, Uma Bharti has described inflation, unemployment as a global problem on the by-elections being held in Madhya Pradesh and claimed the victory of BJP.

Tribal society does not become uncivilized after intoxication

Uma said that tribal society does not become uncivilized after intoxication. Uncivilized is an urban society. In fact, recently, the head of the state government, Shivraj Singh Chauhan, made a big announcement regarding the tribals. Shivraj had announced that tribals would be able to make and sell liquor for tradition, no FIR would be registered against them for this.

When Uma was asked about the fact that on the one hand the government is claiming to bring social consciousness regarding prohibition, on the other hand it is promoting those who make and sell liquor in the name of tradition. So on this, Uma Bharti said that the tribal society does not commit rudeness by drinking alcohol, but the city dweller commits rudeness by drinking alcohol.

Significantly, there are a large number of tribal (ST) majority seats in the state, out of which there is also a by-election on one seat. Not only this, a large number of tribal voters will also vote in the Khandwa Lok Sabha by-elections. Khandwa Lok Sabha consists of 8 Vidhan Sabhas, which include Mandhata, Burhanpur, Barwah, Bagli, Pandhana, Nepanagar, Bikangaon and Khandwa. Out of this, 4 seats Bagli, Pandhana, Nepanagar, Bikangaon seats are reserved for Scheduled Tribes and Khandwa seat is reserved for Scheduled Castes.

Uma also said that the state government should learn from Gujarat and Bihar regarding liquor ban. How has he recovered his revenue loss by prohibiting liquor, Uma Bharti has praised Bihar CM Nitish Kumar for the prohibition of liquor.

Also read- Unique race for toilet in the village, the mother-in-law ran with a lotus in her hand, her own daughter-in-law wore the medal to the winner