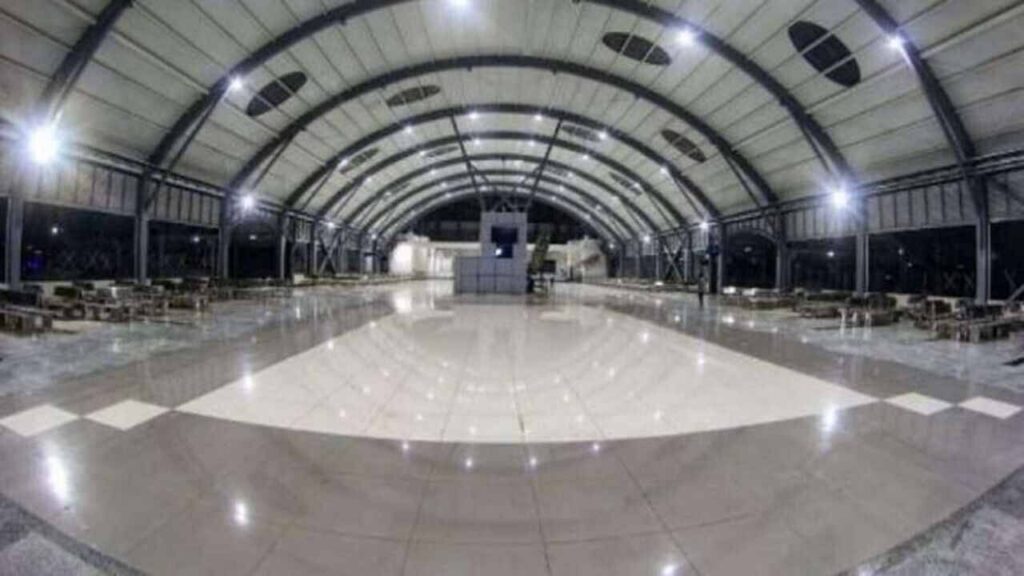 Habibganj railway station has been built on the lines of airport.

Prime Minister Narendra Modi will go on November 15 to inaugurate Habibganj Railway Station in Bhopal, the capital of Madhya Pradesh. Meanwhile, BJP had started the politics of changing the name of Habibganj railway station. From now on this station will be known as Rani Kamalapati Railway Station. The state government has also issued a notification for this. Let us tell you, for this, the Shivraj government had written a letter to the central government.

In fact, in the letter written by Shivraj Sarkar, it was said that at present the name of the railway station is Habibganj Railway Station, which should now be changed to Rani Kamalapati Railway Station. In such a situation, this letter was written by the Government of Madhya Pradesh to the Central Government. On this, the Survey of India has issued NOC. At the same time, PM Modi is going to inaugurate the word class railway station of Habibganj with modern facilities on 15 November. 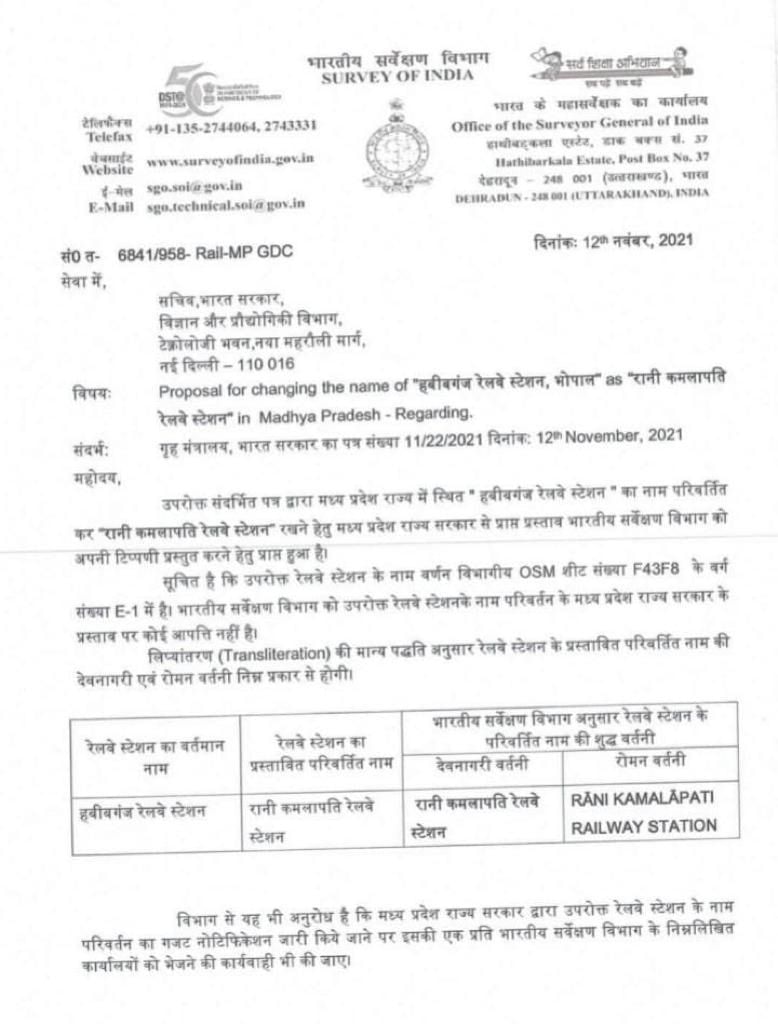 NOC of Survey of India

Many BJP leaders had demanded

Let us inform that MP Pragya Singh Thakur tweeted on Thursday that ‘PM Narendra Modi’s arrival on Tribal Pride Day in Bhopal on November 15, 2021 is an auspicious sign for our Bhopal. Along with this, I am sure that Modi ji will announce the name of Habibganj railway station after former Prime Minister Atal Bihari Vapayee ji.

Hon’ble on 15/11/2021 in Bhopal. PM Shri arenarendramodi of life #tribal_glory_day
But coming is a good sign for our Bhopal. I am sure that Hon.Modi ji will announce the Habibganj railway station in the name of former PM Shri Atal Bihari Vajpayee ji and this request from my former will be fulfilled.

At the same time, regarding this matter, Congress MLA of the state Arif Masood has opposed the change of name of Habibganj station. Masood says that Habib Sahib had donated the land for the station, due to which it was named Habibganj. He said that instead of changing the name, the government should spend money on the corona victims.

Avoid the politics of changing the name of Habibganj station and read the history of the station, who had donated this place, the government money spent in renaming this place should be given to the development of the state and the families of the corona victims.RahulGandhi @OfficeOfKNath#HabibganjBhopal #HabibganjStation pic.twitter.com/fVzMltLevQ

At the same time, Habibganj station built at a cost of 450 crores has been prepared on PPP mode. During this, Habibganj station has become the first station in the country where passengers can get world class facilities like airport. At this station, people will be able to reach the berth of the train without overcrowding. The passengers who will get down at the station will also leave directly outside the station through two different routes.

Know how Habib got its name from Habibganj?

read this also: Madhya Pradesh: Guna Police ahead in reuniting the missing children with their families! 167 minors found this year

read this also: MP: A monkey fond of tea, missing from the zoo, the entire family of the person who gave the clue will get a free ticket