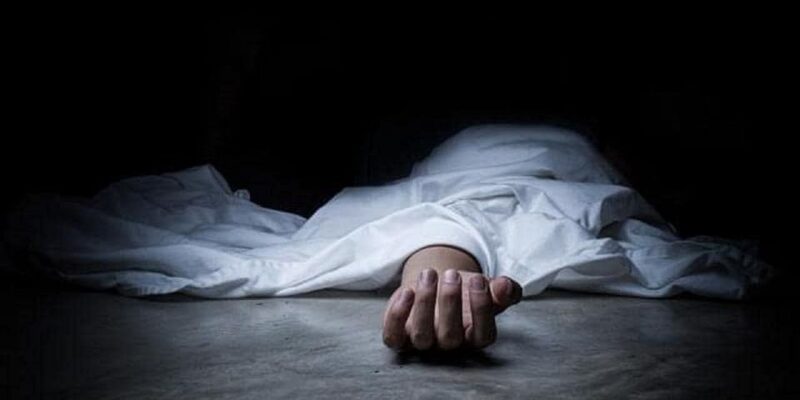 The police have solved the mystery of the mysterious death of a 17-year-old girl on October 4 in Jabalpur, Madhya Pradesh. The murderer of the deceased girl resident of Hanumantal Baba Tola has turned out to be none other than the girl’s father. Seeing the daughter with the neighbor boy, the father lost his cool. He first thrashed his daughter very mercilessly and then strangled her with a sardine. Due to which the girl died on the spot.

Not only this, the father had locked the daughter’s body in the room. After which he himself closed the door of the room from inside by putting his hand through the window, so that everyone felt that the girl had committed suicide, but the PM report and body injury exposed the whole game of the accused father.

CSP Gohalpur Akhilesh Gaur told that on the morning of October 4, the girl was found dead in her room in the house. After which the family filed a case against the neighbor Devendra Chaudhary under the Rape and POCSO Act. Although rape was not confirmed in the PM report, but it came to the fore that his death was strangulated.

There were scratch marks on the girl’s neck and marks of assault on her back and legs. The police suspected the father from day one. On the basis of suspicion, the police picked him up on the night of 4 October itself. After which the accused father has accepted the murder of the daughter in police interrogation.

The daughter was brutally beaten up before the murder

The accused father is 33 years old. He has admitted that his daughter was caught by his wife along with neighbor Devendra Chaudhary on the late night of 3 October. During that time the accused had run away by jumping the boundary wall. Hearing the noise, his eyes were also opened. Hearing the act of the daughter, she could not control herself and
He thrashed her with a plastic pipe in anger.

Then later locked the daughter in the room by strangling her with a sardine. Actually, that room can also be closed by putting your hand through the window. The accused father did the same, but while doing all this he was seen by his brother-in-law.

The noise of the daughter’s suicide went home

The accused reached Hanumantal police station at 4.30 am on October 4 along with his wife and two children after the murder. He filed a case of rape against neighbor Devendra Chaudhary. At that time the police asked to present the daughter, then he reached back home and then raised the noise of daughter’s suicide. After which the police had sent the body to the PM after doing Panchnama in the presence of FSL.

Also read- Madhya Pradesh: Without unconsciousness, the tigress will be able to know whether the tigress is pregnant or not, the Shivraj government is conducting research

Narendra Giri Death: After Narendra Giri, who will now be the new president of the Akhara Parishad, know whose claim is the strongest