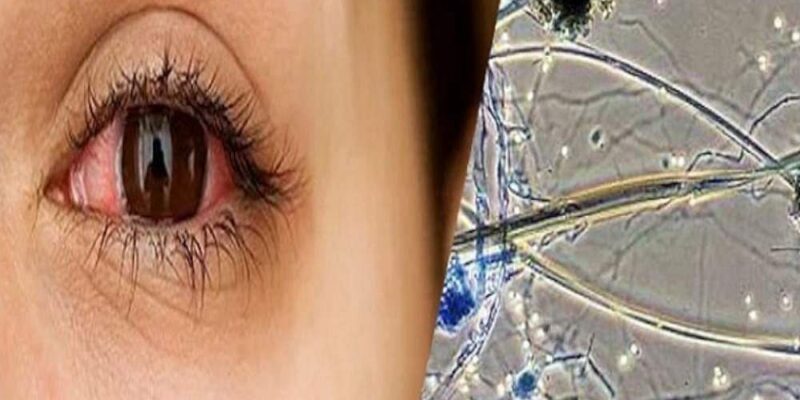 Symptoms of black fungus have been seen in a person battling dengue in Jabalpur, Madhya Pradesh.

In the midst of the second wave of corona, a large number of black fungus cases were reported. Now even after Dengue, Black Fungus (Black Fungus In Dengue Patient) has been exposed. A similar case has come to light in Jabalpur, Madhya Pradesh. Symptoms of black fungus have been seen in a person battling dengue. However, this is the first such case in the state. The pus is filled in the lower part of both the eyes of the young man. While his platelets are normal. Now the pus from under the eyes of the victim will be taken out through laser operation. Doctors are also surprised by the case of black fungus after dengue.

Let us tell you that in Madhya Pradesh too, the havoc of Dengue is being seen these days. Now the fear of black fungus has also started troubling this disease. Dr. Kavita Sachdeva, head of the ENT department of Jabalpur Medical College, told that a patient suffering from dengue had come to the hospital a week ago. The 40-year-old man stayed at home and got his treatment from a nearby doctor. But later his eyes started turning red. Even the ophthalmologist could not understand anything. After which he went to another doctor. From there he was referred to the ENT department.

Doctor Sachdeva says that the patient had earlier got treatment for dengue. During this time he was also given medicine for black fungus. Now his dengue is completely cured. His platelets are also normal. The doctor says that he will be operated upon after the examination. The doctor told that the pus filled under the eyes will be removed through laser operation through the nose. The doctors are quite surprised to see the case of black fungus in dengue disease. He says that the patient did not even have corona nor does he have sugar. Yet such a case has come to the fore. Also, he told that by August, the black fungus was to be completely cured. But now this matter has raised concern once again.

‘A medicine may have a reaction’

Many doctors believe that during the treatment of dengue, the local doctor may have given some such medicine, which has reacted. This can be the main reason for black fungus. Doctors feel that dengue patients may also have mild symptoms of corona in the patient. Let us inform that since Corona, 14 patients of black fungus are still being treated in the ENT department of the Medical College. Due to this disease that surfaced since May, the number of patients in the medical college had gone up to 140.

Doctors of the Medical College say that due to low immunity in the body, the risk of black fungus is high. Patients who are given steroids or hydrogens become temporarily diabetic. Because of this, black fungus also happens.

Due to yoga instructor broken woman’s thigh bone, it is difficult to walk, now she will appeal in court

Mumbai Cruise Rave Party: Know what action can be taken against those caught in the rave party including Aryan Khan? What will go to jail!