MP: Cabinet meeting of Shivraj government today, proposal to impose toll on 4 highways may get green signal; These big decisions can be taken 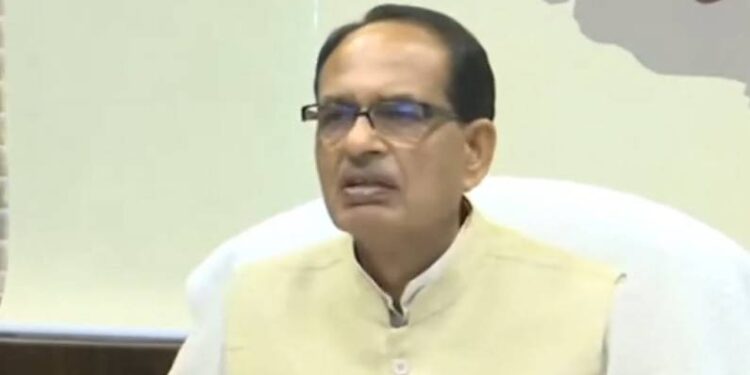 Along with this, the proposal to increase the limit of the ongoing campaign for recruitment to the backlog posts of Scheduled Castes, Scheduled Tribes, Backward Classes and Persons with Disabilities by one year will also be discussed.

The cabinet meeting of Shivraj government is to be held in Madhya Pradesh on Monday. In this meeting, once again the proposal of imposing toll tax on 4 state highways of the state can be approved. In fact, earlier toll tax was imposed on Sagar-Damoh, Bina-Khimlasa-Malthon, Mhow-Ghata Billaud and Bhind-Mihona-Gopalpura highways under Madhya Pradesh Road Development Corporation (MPRDC), but the investors requested the government to end the contact. Was.

After which MPRDC terminated the contact in December 2020, but now once again the Public Works Department has prepared a proposal to decide the agency to collect toll tax on these highways, which the cabinet will present in today’s cabinet. Will be done.

Along with this, there will also be a discussion on the proposal to increase the limit of the ongoing campaign for recruitment to the backlog posts of Scheduled Castes-Tribes (SC / ST), Backward Classes and Persons with Disabilities by one year. Actually, it will be considered to extend the period of this special recruitment drive from 1 July 2021 to 30 June 2022. Let us tell you that on June 2021, the period of the special recruitment drive has ended.

Bond will be filled in judicial services

The proposal to fill the bond from the selected candidates of judicial service can also be approved. Now the selected candidate in the judicial service will have to give a bond of Rs 5 lakh for compulsorily giving 3 years at the time of appointment. For this amendment is being made in the Madhya Pradesh Higher Judicial Service Rules 2017. Actually, the government is going to amend the Madhya Pradesh Higher Judicial Service Rules 2017 on the recommendation of the High Court, Jabalpur.

According to this bond, it will be mandatory to serve for at least three years after joining the post. In case of non-service by resigning for any reason, the bond amount or three months salary and allowances, whichever is higher, will be payable. Violation of this condition will result in forfeiture of the bond amount. If the resignation is done with the permission of the Central and State Governments, the bond amount will not be required to be paid.

These proposals can also be decided

Mental Hospital Indore will be upgraded as a Center for Excellence. With this, four MD in psychiatry, 18 MPhil in clinical psychology, 18 MPhil in psychiatric social work and 40 additional seats for psychiatric nursing diploma course can be started. Along with this, the proposal of merger of Maharaja College Chhatarpur with all the resources of Maharaja Chhatrasal Bundelkhand University will be considered.

Also read – Shivraj government will give financial help to the family of Kanhaiyalal Bhil in Neemuch, died on August 28 after beating the bullies

Also read- Madhya Pradesh: Bhopal police is feeding kittens by bringing them to the police station, know the reason