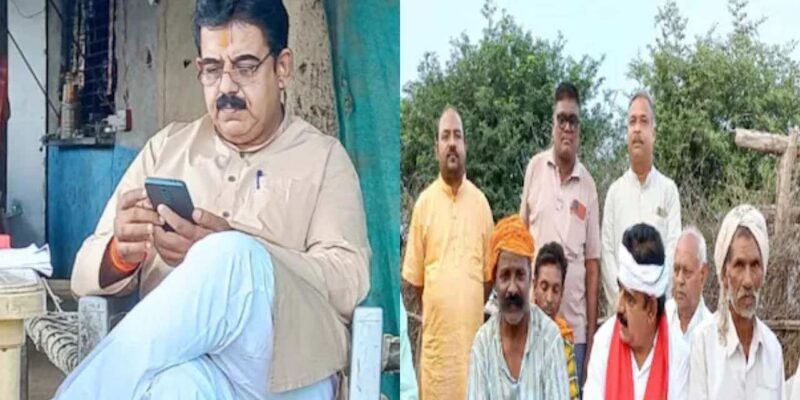 Indore MP Shankar Lalwani, who was going to Pandhana for Khandwa Lok Sabha by-election, had to return on the opposite leg before reaching the village.

Indore MP Shankar Lalwani, who was going to Pandhana for Khandwa Loksabha bypoll, had to return on the opposite leg before reaching the village. Actually he is in charge of Pandhana seat. This seat comes under Khandwa Lok Sabha constituency. Whenever BJP MP Shankar Lalwani tries to go to Khandwa, something goes wrong with him. Today the people of Gandhwa village of Pandhana returned him. They were not allowed to enter the village.

A few days ago, when MP Shankar Lalwani went to Khandwa (Khandwa Bypoll), the challan of his vehicle was cut. Now people did not allow him to enter the village itself. Being in charge of Pandhana seat, he had reached there for election campaign. As soon as he reached the village, the people there put their years old demand in front of him. The BJP MP was surrounded by the villagers near the bus stand. The people of the village said that they would not be allowed to enter the village unless they recommended the Khandwa Lift Irrigation Project to the government.

Shankar Lalwani returned from the village without campaigning

The villagers said that first they should recommend the irrigation project to the government, only then they will be able to get admission in the village. After the protest of the villagers, BJP MP Shankar Lalwani had to return without meeting the workers. The video of this incident is becoming increasingly viral on social media. The MP reached Indore and clarified on this matter. The MP clarified that the people of the village were angry about the lift irrigation project. The BJP MP said that he has conveyed his point to the CM. Along with this, he said that due to the present code of conduct, the demand of the villagers cannot be fulfilled.

After the video surfaced, the MP clarified

MP Shankar Lalwani said that the CM has assured that the people of the village will definitely get the facility of irrigation. At the same time, after the video of this matter surfaced, Congress has got an issue sitting. Congress State Secretary Rakesh Singh said that the people of Khandwa are well aware that as an MP, Shankar Lalwani has not done any work in the last 3 years. He said that there is not a single scheme which can be remembered during the tenure of his MP. The Congress leader said that even as in-charge of Pandhana, he would betray the public, that is why he has been opposed today.

Also read-Madhya Pradesh: Union Minister Jyotiraditya Scindia clean bowled on the cricket pitch, know which IAS ball got out on