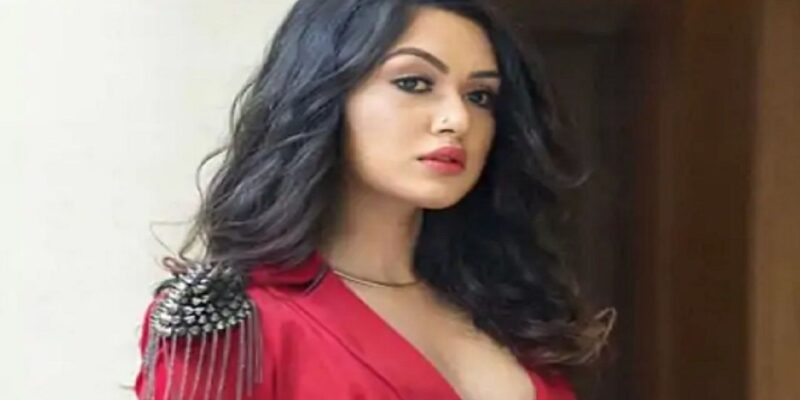 Munmun Dhamicha is a fashion model.

Munmun Dhamecha, who was caught doing drugs party on a cruise with Aryan Khan, son of superstar Shah Rukh Khan in Mumbai, hails from Sagar district of Madhya Pradesh (madhya pradesh Sagar). Munmun has come into limelight only after this drugs party. In fact, thieves stormed Munmun’s vacant house in Sagar on Tuesday night. The thieves had reached Munmun’s house for the purpose of theft. They tried to break the door at night. The miscreants tried hard at night to break the door with the help of pickaxe.

When the thieves were engaged in breaking the door. At the same time the neighbors could hear the voice. After which the neighboring neighbors reached there and they made noise. Due to which two miscreants left their belongings and fled from the spot. In the matter, people informed the Gopalganj police station. Police reached the spot. The police have seized the gun from the spot.

Thieves could not succeed in breaking the door

Devanand Dubey, who lives on the side of Munmun’s house, told that the sound of breaking the door was heard at night. After which he came out of the house and saw. When the noise was raised on suspicion of theft, two people were seen running. However, the miscreants could not break the door. The door must have been damaged. The police has taken the matter into the investigation.

Munmun is caught in drugs party

Munmun Dhamicha, a resident of the Tehsil area of ​​Sagar, Madhya Pradesh, has been caught doing drugs party on a cruise with actor Shahrukh Khan’s son Aryan. Munmun lived in Sagar with her mother and brother. Mother passed away some time ago. Where the brother lives in Delhi. At this time the house of Sagar is locked. Taking advantage of this, the miscreants tried to break the door.

Munmun is a fashion model. Perhaps it is only through modeling that she has come in contact with big celebrities. There are photos of Munmun with many celebrities on social media. Munmun is very active on her social media account. She has also shared many pictures of her modeling photoshoot on her account.

Also read- Madhya Pradesh: Without unconsciousness, the tigress will be able to know whether the tigress is pregnant or not, the Shivraj government is conducting research

Now Pakistan will not go to play another country cricket, this time PCB itself has hit an ax on its foot