Moisture becomes villain: Not getting full benefit of MSP, farmers are forced to sell paddy at Rs 400 less than support price 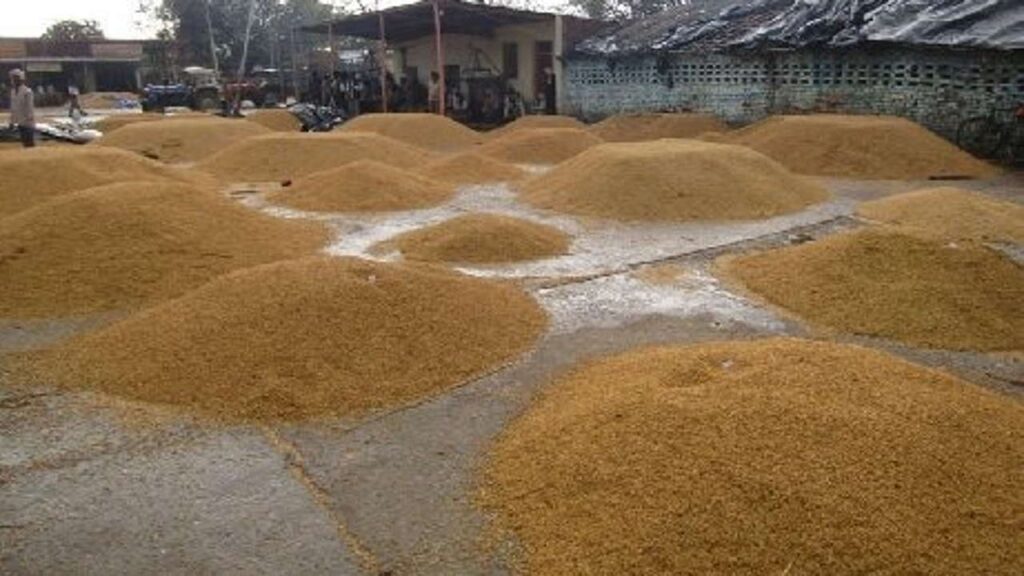 In states like Haryana and Punjab, the procurement of Kharif crops at the Minimum Support Price (MSP) is in full swing. Paddy procurement started in both the states from October 3. But the rain that came just before that has now become a problem for the farmers. In fact, after the rains, the moisture content in the grain has increased and the farmers are not getting the full benefit of MSP. Due to the increased moisture content, they have to sell their produce at Rs 400 less than the MSP.

According to the news of The Tribune, farmers are forced to sell their produce at a price much lower than the MSP. The yield is selling between Rs 1,600-1,800 per quintal while the MSP of paddy is Rs 1,960 per quintal. The permissible limit of moisture content in paddy is 17 percent. Farmers are claiming that government agencies are not running the process of paddy procurement smoothly and private procurement agencies are buying the produce at throwaway prices.

Farmers have also alleged that instead of using moisture meters, private mill owners are arbitrarily fixing moisture and fixing low prices. Two days ago, farmer Vishal Kumar of Baldi village, who brought 90 quintals of paddy to Karnal grain market, told that his crop was bought at the rate of Rs 1,720 a quintal.

Vishal Kumar alleged that government agencies did not procure my produce and private mill owners cited high moisture content of around 23 per cent in the grain without testing. This is a robbery. Traders, mill owners and procurement agencies are intertwined.

Another farmer Dinesh Kumar said that the government had announced that paddy would be procured at MSP. But only private players are buying the produce by fixing the price. A farmer named Paramjeet said that he was told that his paddy was high in moisture and the grain had discolored, due to which he was bidding at less than the MSP.

A farmer named Praveen Kumar refused to sell his paddy as his PR-14 variety was priced at Rs 900 a quintal. He demanded the government to monitor for transparency in procurement.

Mandi Committee Karnal secretary Chandra Prakash said that the procurement is going on smoothly. The matter of purchase less than MSP has not come to their notice. He said that I will get it investigated and will take action.