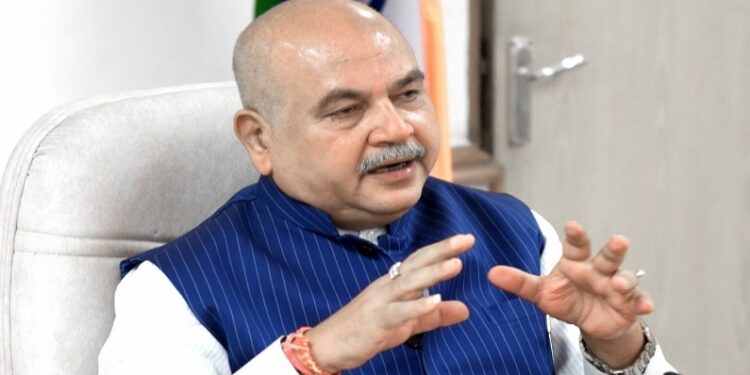 Amidst the ongoing demonstrations against three agricultural laws, the central government has taken a big decision in the interest of farmers. After getting approval from the cabinet on Wednesday, the Minimum Support Price (MSP) for Kharif crops has been increased.

Amidst the ongoing demonstrations against three agricultural laws, the Narendra Modi government at the Center has taken a big decision in the interest of farmers. After getting approval from the cabinet on Wednesday, the Minimum Support Price (MSP) for Kharif crops has been increased.

Describing the decisions taken in the meeting of the Cabinet Committee on Economic Affairs chaired by Prime Minister Narendra Modi, Union Agriculture Minister Narendra Singh Tomar said that the MSP of paddy, the main crop of Kharif season, has been increased by Rs 72.

The Agriculture Minister said that under the leadership of Prime Minister Narendra Modi, many such decisions have been taken in the last 7 years, which have helped in increasing the income of farmers. He said that from 2018 itself, MSP is declared by adding 50 percent profit on cost.

Tomar said that Narendra Modi’s government is working to make agriculture a profitable deal. Our government has worked continuously in this direction. The decision taken today will benefit crores of farmers of the country.

He also mentioned the purchases made during the Kharif marketing season. The Agriculture Minister said that till June 06, 2021, more than 813.13 lakh metric tonnes of paddy has been procured. Whereas last year 736.36 lakh metric tonnes of paddy was procured. This Kharif marketing season has benefited more than 120 lakh farmers from the ongoing procurement on MSP.

MSP will continue even further

Narendra Singh Tomar once again clarified that MSP will continue even further. He said that during the talks regarding reforms, there was a lot of discussion on MSP. We had said at that time and are saying even today that MSP will continue in the coming times. This is the reason why the government is announcing MSP today.

Ready to talk to farmers

While giving information on the decision to increase the MSP of Kharif crops, Agriculture Minister Tomar once again reiterated that we are ready for talks with the farmers. He said that all the party wanted to bring agricultural law but they could not dare. We also held 11 rounds of talks with the farmers regarding this. Still when farmers ask for discussion, we are ready to talk.

read this also- Galvanized sheets are being used to prepare vegetable nursery, increasing yield and earning of farmers