Modi government took 3 important decisions in the interest of common man, including increasing the MSP of 4G and Kharif crops to the railways, know what will be the effect on you 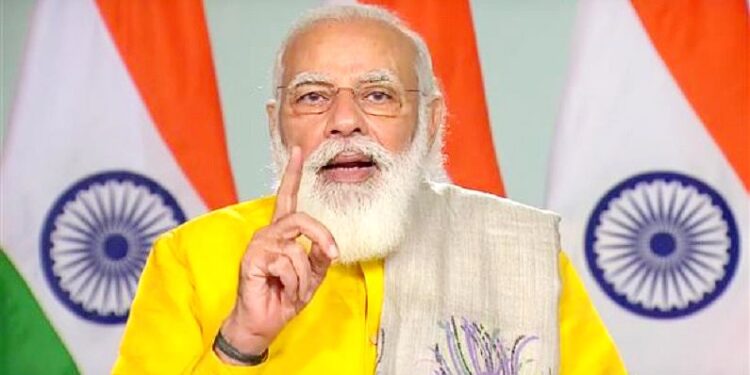 In the cabinet meeting chaired by Prime Minister Narendra Modi, three decisions have been taken in the interest of the common man. Union Ministers Prakash Javadekar and Narendra Singh Tomar said that these decisions are very important for crores of farmers and common people.

In the cabinet meeting chaired by Prime Minister Narendra Modi, three important decisions have been taken in the interest of the common man. Giving information about this on Wednesday, Union Information and Broadcasting Minister Prakash Javadekar said that with the beginning of Kharif season, the MSP of Kharif crops has been increased. This decision will benefit crores of farmers of the country.

He said that the second important decision is related to the Railways. Indian Railways has been given more allocation of 4G spectrum. Till now railways used to use 2G spectrum. Now five megahertz spectrum will be given in the 700 megahertz band. He said that this will make a big difference in the communication system and security of the railways.

Railways will get these benefits from 4G

Javadekar said that till now the communication of railways was done through optical fiber. Now it will be real time communication due to state-of-the-art spectrum. This will increase the safety a lot. This decision will have an impact on the system of signaling.
With this decision, the system of automatic train protection is now being strengthened a lot in the railways. The system that has been made so that there is no collision of two vehicles will be stronger. The speed of rail will also increase and people will get more convenience. He said that this work would be completed in the coming five years and an expenditure of Rs 25,000 crore would be incurred.

Subsidy under investment policy to fertilizer factory of Telangana

Explaining another decision taken in the cabinet meeting, Union Minister Javadekar said that after the Modi government came in 2014, an investment policy to subsidize the construction of new fertilizer factories had come. Under this, it was said to give subsidy on starting the factory by 2019. But Telangana’s Ramagundam Fertilizer and Chemical Factory has started only recently. In such a situation, taking forward the investment policy of 2014, subsidy benefit is also being given to the factory of Ramagundam.

The Union Minister said that from this 12 lakh 70 thousand metric tonnes of urea will be produced every year. This will reduce the import of urea and we will move a step forward towards self-reliant India. This decision will benefit the farmers.

Union Agriculture Minister Narendra Singh Tomar gave information on the decisions taken to increase the Minimum Support Price (MSP) on Kharif crops. He told that since the coming of the Modi government, meaningful efforts have been made in the direction of increasing the income of farmers, bringing prosperity in the lives of farmers and making agriculture a profitable deal.

Narendra Singh Tomar said that where plans were needed in this direction, plans were made. Budget provisions were made for the schemes and where the government needed to infuse capital, it was ensured that the farmers benefited by infusing more capital.

MSP on bajra has been increased from Rs 2150 to Rs 2250. 100 per quintal has increased. There has been an increase of 62 percent on the MSP of Arhar Dal. It has been decided to increase the MSP of urad dal by 65 percent.

Speaking on agricultural laws, Narendra Singh Tomar said that when it came to reforms in the past, there were many doubts on the MSP. At that time I had also said in the House and the Prime Minister had also assured the country that MSP is there and will remain so.

MSP is running and growing

Tomar said that no one needs to have many illusions in this. MSP is running, MSP is increasing and procurement at MSP is also increasing. Thanking the farmers, he said that they are working hard and both production and productivity are increasing.

Responding to a question on the farmers’ movement, Union Agriculture Minister Narendra Singh Tomar said that the commitment of our government was and will remain with the farmers. The decisions taken in the last 7 years to increase the income of farmers and enrich agriculture are unprecedented. No one is in a position to refute it.

Government ready to discuss with farmers

He said that all political parties wanted to bring agricultural law in the country, but they could not dare. Modi government took this big step and reformed in the interest of farmers, which is benefiting the farmers. The government respects and respects the farmers. The central government held talks with the farmers 11 times and asked them to point out the flaws in the provisions of the law, neither the farmer leaders nor any party in the house responded to this. For this reason the talks could not proceed.

Narendra Singh Tomar said that when the farmers want to discuss, the Government of India will be ready for discussion. But we have repeatedly said that the objection to the provision should be explained with reason. We will solve it.

read this also- Many products can be made by processing mushrooms, will not spoil for a long time and will earn more