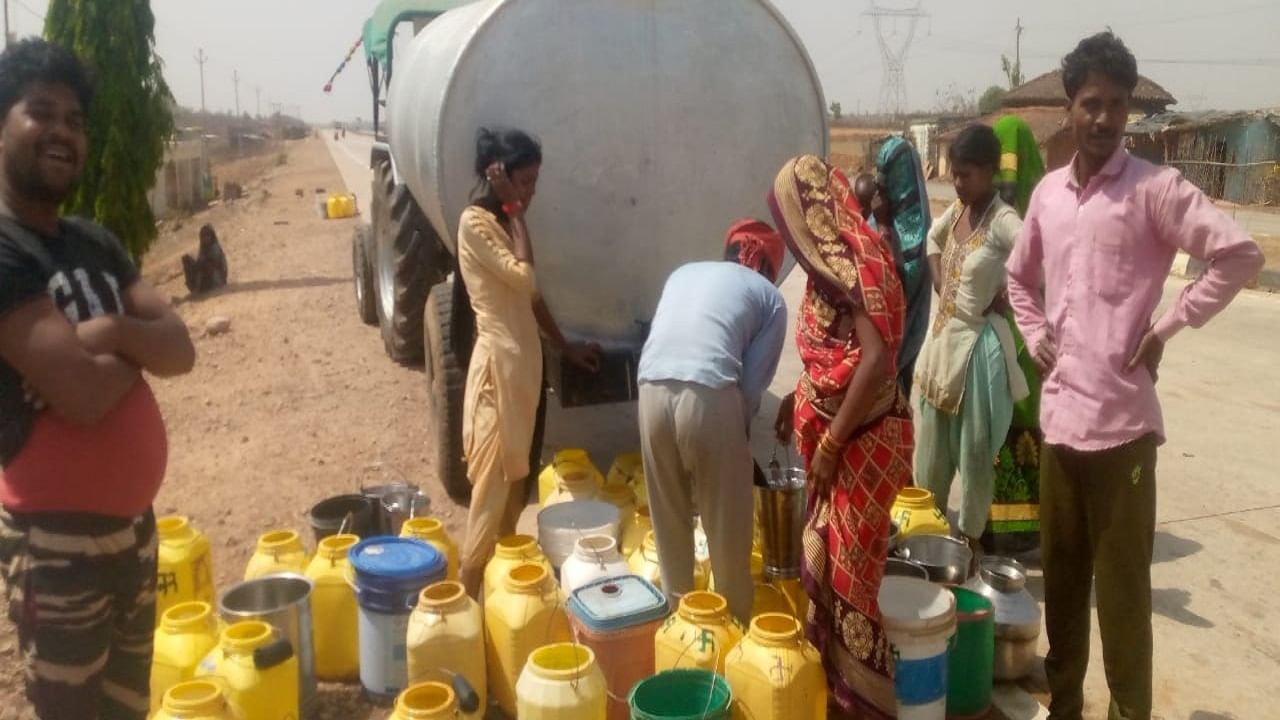 In about 150 villages of Rajgarh, Halia, Lalganj, Patehra, Sikhar blocks of Mirzapur district, water has stopped coming out of taps due to low water level. The situation is that there is no drinking water left in the ponds for humans as well as animals and birds.

Despite all the efforts of the government, the thirst of the people of Vindhya region and Bundelkhand is not seen to be quenched. The water level is continuously going down. Due to which the water crisis has arisen. Due to the water crisis, water is being supplied through tankers in more than a hundred villages. The situation is that the river ponds have all come on the verge of drying up. If we talk about Mirzapur district of Vindhya region, then in about 150 villages of Rajgarh, Halia, Lalganj, Patehra, Sikhar blocks, due to the water level going down, water from the taps has stopped. Wells and ponds are on the verge of drying up. Due to which there is no drinking water left in the ponds for humans as well as animals and birds.

The people of Lahuriyadah village of Halia block get water only in monsoon, but most of the water is supplied here by tankers. Barring the rain, there has always been a water crisis in this village. Here the villagers used to live only with the help of natural water source and water seeping from the mountains, but now that too has dried up.

Only 15 liters of water is being given per person

Village head Kushal Gupta told that two firms have been given the task of supplying water. These people are working in the morning and evening to deliver water through tankers. Pradhan said that this village is situated at a very high altitude, so water is being taken up from Dramanganj market located below, and only 15 liters of water is being given to a man.

Water supply is being done by tanker

DPRO Arvind Kumar told that this time it started getting hot from the month of March itself. Due to which the water level went down due to which water crisis has arisen. And where there is a crisis, water is being supplied by tanker. By the way, in view of the water crisis, Har Ghar Nal Yojana is going on in Mirzapur under Jaljeevan Mission, but only 60 percent of the plan has been completed so far. While the target of completion of the project is 2022 only, but the pace at which the project is going. It does not seem that it will be completed in time.

Only 65 percent of the plan work completed

Sandeep Singh, Executive Engineer, Jal Nigam, who is looking after the work of the project, said that the total cost of the project in the district is 2 thousand 80 crores and a total of 743 villages have been connected in this scheme. Hopefully next year the problems of the people here will go away.

Not only this, the work of making Amrit Sarovar to conserve water drop by drop has started in the district. A total of 77 such lakes will be built in the district. In which rain water will be collected so that the ground is properly recharged and there is no water crisis in summer.