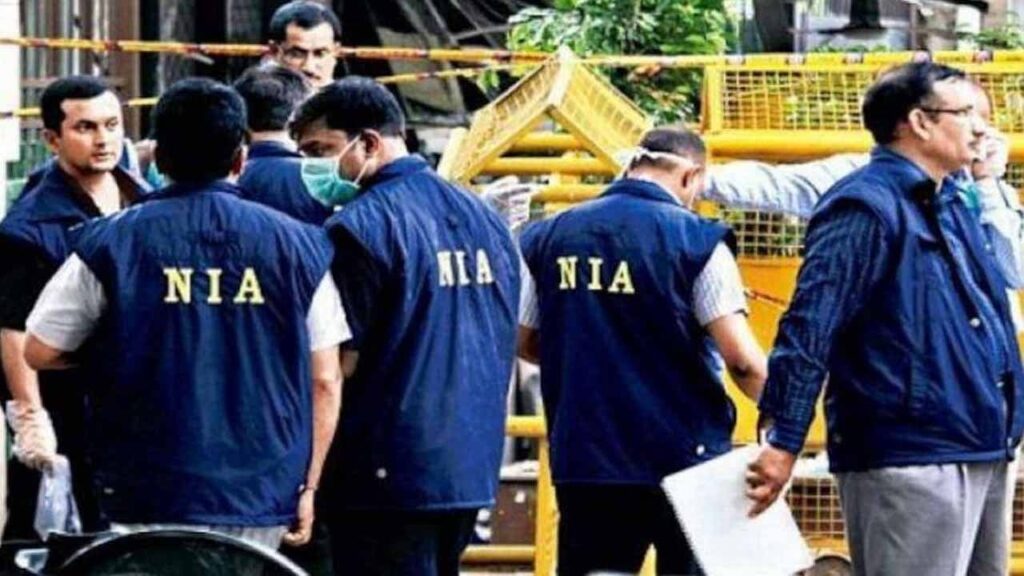 Even after being devastated by these raids, the actors of Khorasan have now given an open challenge to the Indian agencies in a new way! It would not be an exaggeration to say this. The masters of Khorasan have given this challenge in all these adverse circumstances by releasing the edition of their publication’s monthly magazine ‘Voice of Hind’. The complete record of this 20 issue has reached the Indian investigation and intelligence agencies in the published edition. They are studying it closely.

That’s why our agencies are behind Khorasan

Indian agencies, who have long lost their hands behind the terrorist organization Islamic State Khorasan, are trying to understand a lot from this issue of the magazine. Especially the agencies of the country are seriously reading the articles published in this issue of the magazine, so that understanding the meaning of those articles, perhaps any further ‘lead’ can be taken. The masters of Khorasan, even in all these adverse circumstances, are ecstatic to consider the publication of this magazine issue in India as a big victory for themselves and an open challenge to the Indian agencies.

Thinking that the hands of the Indian agencies may not have reached the neck and feet of all his accomplices to his bases. Even after this, but they (Indian Intelligence and Investigation Agencies) could not stop the publication of this 20th issue of the magazine. The message that he (Khorasan’s Kartadharta) wanted to give to the people associated with his organization through the magazine has already reached. On the other hand, National Investigation Agency (NIA), the country’s largest investigative agency trying to reach the roots of Khorasan, is not giving much importance to the light of this magazine.

The magazine is ‘zero’ in the eyes of Indian agencies

If sources associated with the NIA are to be believed, “The work of such organizations is to promote anti-national activities. The publication of the magazine does not have any significant adverse effect. The teams are doing the work we have to do. Magazine publications may be an attempt to divert the work of agencies from the right direction to the opposite by misleading them. It is noteworthy that by raiding the bases of this dangerous terrorist organization Khorasan day and night, the NIA had made his life difficult.

According to Indian intelligence and investigative agencies, “Even today, most of the leaders of the organization have either gone underground out of fear or they are struggling in search of an opportunity and way to escape alive out of India.” It is noteworthy that Indian agencies have termed this organization and its magazine as ‘Jihadi’. The agencies involved in rooting out this terrorist organization (especially the NIA) had raided the Jammu and Kashmir Valley four or five days ago.

Hide and seek between agencies and Khorasan

The teams of Delhi Police’s Special Cell (DCP Pramod Singh Kushwaha, ACP Lalit Mohan Negi and ACP Hriday Bhushan’s teams) have also been lying behind this organization for a long time. The Special Cell and the NIA have also prepared the ‘Kundli’ of Khorasan at their own level. Recently, many suspects associated with this organization have also been arrested from the Kashmir Valley, including one Mian-Bibi.

According to highly placed sources of intelligence and investigative agencies, “The main motive of this dangerous organization is to spread Jihadi propaganda in India. In which he has not been successful till now. Even in India, his path is not easy, that is why in his anger, he wants to give rise to uncivilized things under the guise of publication like this type of magazine, which is impossible. The reason for the anger of this organization is the strictness of the agencies of the country towards it.

read this also- Inside Story: If children are seen calling on the streets of Delhi by pointing, then do not stop the car even by mistake, it will be ‘blood-luhan’

read this also- NewsNCR EXCLUSIVE: ISIS’s ‘man-bomb’ maker who changed the list of “Most Wanted” of Indian agencies overnight