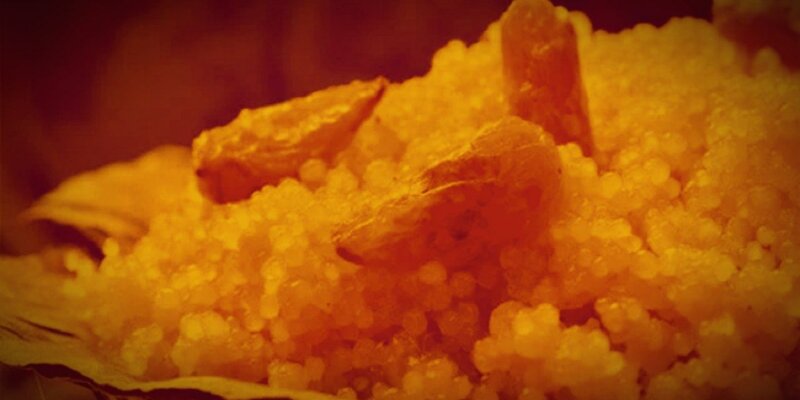 In the election campaign of West Bengal, Prime Minister Narendra Modi had mentioned a sweet. At Bardhaman’s rally on April 12, Modi took a jibe at Mamta Banerjee and said- ‘Bardhaman’s Mihidana is very famous, Didi doesn’t like Bardhaman’s Mihidana, from where does she bring so much bitterness’. In fact, wherever Modi goes, he presents the local things from his platform by making him a vocal. It is also essential in the recipe of excellent speech. When Mihidana was mentioned from Modi’s stage that day, the people who attended the rally happily agreed with his words. Whatever be the results in Bengal, today Mihidana has gone a step ahead. Before Navratri, 12 kg Mihidana sweets were sent to Bahrain. Understand the importance of this thing in such a way that this sweet got a special geographical identity (GI tag) 5 years ago. For the first time since then there has been a demand for it outside the country. If this trend continues, it will prove to be auspicious for India.

Mihidana is also mentioned in the stories of Sukumar Ray.

Mihidana is a traditional sweet in Bengal and areas influenced by Bengali culture. Sukumar Ray, the father of the great filmmaker Satyajit Ray and famous Bengali litterateur, has created excellent literature for children. There is also a mention of Mihidana in his famous story collection ‘Pagala Dashu’ – there is an interesting description of Mihidana in a chapter named ‘Chine Potka’ i.e. Chinese cracker. Rampad would have brought Mihidana in a box to the classroom that day. Many children eat Mihidana, but Dashu does not. This is because there is a figure of thirty-six between Rampad and Dashu. But at the behest of the rest of the children, Rampad proposes to eat Mihidana in front of Dashu. Dashu fills his palm with Mihidana, but he puts it in front of everyone in front of the doorman’s goat. This thing ended here. But the real story begins when Pandit Moshay, a Sanskrit teacher, comes to the class. Asking the children to remember the form of the river, Pandit Moshai starts snoring. In this, there is a loud explosion under his chair and he gets up in panic. The concierge is called in to find out the source of the blast. The concierge immediately presents a box and tells that the Chinese cracker was burst in it. On inquiry, it comes to know that this box belongs to Rampad. On the sides of the box were still the remnants of Mihidana sticking out. When Pandit Moshai asked Rampad, he said – Yes, I had brought Mihidana. On this, Pandit Moshay got angry and gave two slaps to Rampad and asked that if Mihidana was there, then how did it become a Chinese cracker. Well, in the course of interrogation, Dashu told that he had burst firecrackers. When Dashu was asked why he did this, he replied – Because Rampad did not give me Mihidana. When Rampad said – I had brought Mihidana, my wish, then Dashu replied very naively – the firecrackers were also mine, my wish. ‘

When the dissolute Curzon tasted Mihidane

Well, the story of Mihidana described by Sukumar Ray in ‘Pagala Dashu’ is interesting too. The story is from 1904. Then the same Lord Curzon was the Viceroy of India, who ordered the partition of Bengal in 1905. Curzon was invited by the Bardhaman Raj of Bengal. Once upon a time, Bankura, Midnapore, Howrah, Hooghly and Murshidabad were part of this Bardhaman Raj. When Curzon reached Bardhaman on the invitation of Rajadhiraj Bahadur Bijay Chand Mahtab, a gate was constructed to make this occasion memorable. ‘Curzon Gate’ is still the identity of Bardhaman. So it happened that as soon as the date of Lord Curzon’s arrival at Bardhaman was fixed on August 19, 1904, King Bijay Chand Mahtab called Bhairavchandra Nag, the famous confectioner of the city. The king said that prepare such a new and special sweet, which the Viceroy would enjoy after eating. Then Bhairavchandra Nag made Mihidana. In short, the method is that this sweet is prepared from the flour of Kamini Bhog and Govind Bhog. Besan and saffron are also mixed in the flour. As the name suggests, Mihidana means that these fine grains (think of a miniature of boondi) are sifted in ghee and then taken out by dipping in sugar syrup. Due to saffron, the wonderful golden color of the sweet comes out. Curzon is said to have enjoyed eating Mihidana and also issued a letter of appreciation in the name of Bhairavchandra Nag. The old and famous shops of Mihidana are still standing around the Curzon Gate in Bardhaman. Until a few years ago, in small towns of Bengal and Jharkhand, Mihidanas with their headscarf were seen roaming the streets. Taste the golden mihidana on green leaves for Rs. 2, Rs. 5 and get satisfied.

There is also a story related to Mihidana’s ‘invention’ that this sweet was discovered by mistake at the hands of Bhairav ​​Chandra Nag. It is said that the cymbal he used to make the mihidana turned out to be too fine. But, when the dessert is made, it is done. Khair Bhairav ​​Chandra Nag’s son Nagendranath Nag narrated this entire story of Mihidana himself on Akashvani on 15 November 1976. By the way, the story of another famous sweet of Bengal is no less interesting. The name of this sweet is Ladykenny. The artisan who made it was Bhimchandra Nag. (Maybe there is a link between Bhairavchandra Nag and Bhimchandra Nag, I could not find it at the moment) An Englishman has also contributed in the making of this sweet. The name Ladykenny was actually named after Lady Canning, who was Lord Canning’s wife. Lord Canning was the first Viceroy of India. After the revolution of 1857, during his tenure, the power of India passed from the East India Company to the British Crown and from Governor General to Viceroy. Well it is said that when Lady Canning came to Kolkata in 1856, this special sweet was prepared to welcome her. Ladykenny looks like gulab jamun. Chhena, flour and sugar syrup are used to make it. It is said that its taste is not very different, but the transformation of ‘Lady Canning’ into Ladykenny over time makes it unique in itself.

A Viceroy’s wife became immortal by becoming a sweet!

Before Lady Canning came to India, she was Queen Victoria’s ‘Lady of Bedchamber’ (that is, the lady of the royal household who acted as the Queen’s personal attendant). It is said that Lady Canning liked to sit between India and its people more than sitting in her palace in Calcutta. He saw India closely and wrote more than 50 letters to Queen Victoria about it. He died in 1861. Lady Canning was buried in a garden in Barrackpore. A year later, Lord Canning also passed away after liver disease. British historian Charles Allen wrote in his book ‘A Glimpse of the Burning Plain: Leaves from the Indian Journals of Charlotte Canning’ – ‘The name of Lady Canning in Bengal as a ball made of flour, sugar and chhena dipped in sugar syrup. has become immortal

At the age of 44, Lady Canning died of malaria, whose first vaccine has now been approved in the world. I wish vaccines could have been invented easily like sweets in our world.

ICC made a big change in T20 World Cup, captains’ headache will increase, umpires’ mess will be exposed!