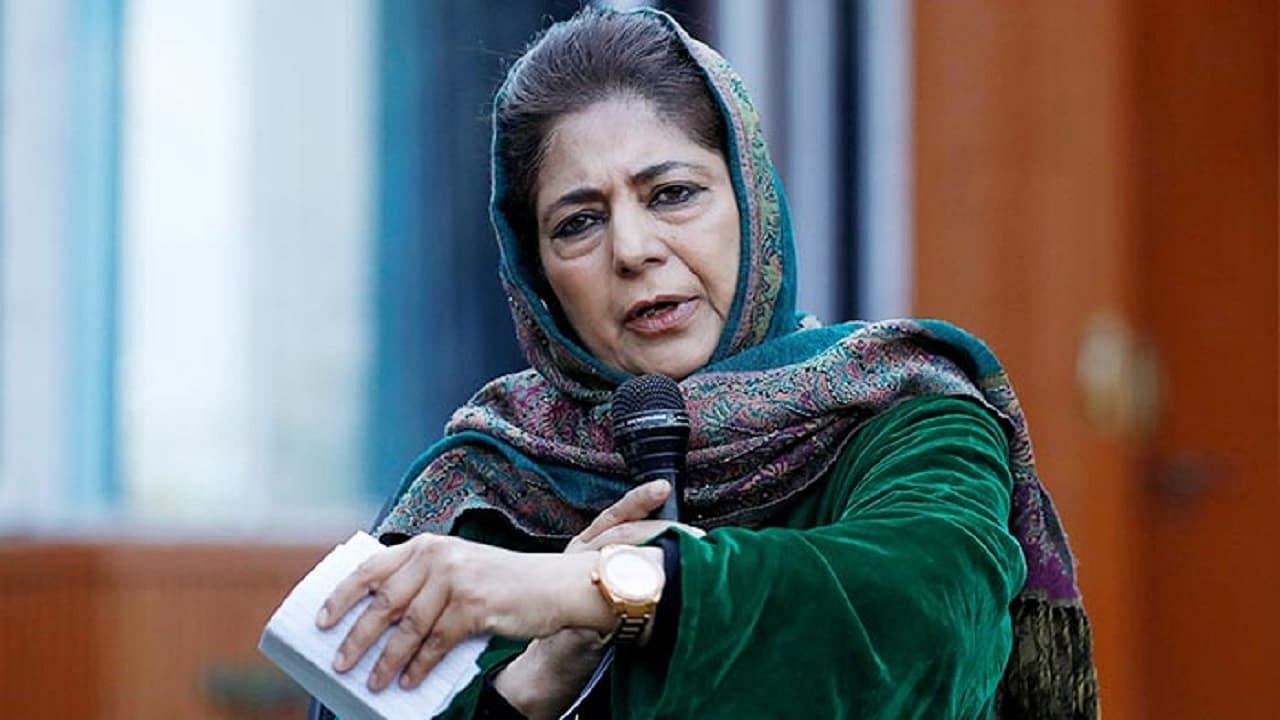 Peoples Democratic Party (PDP) president and former Jammu and Kashmir Mehbooba Mufti has said on Monday that we meet the families of those killed by terrorists’ bullets. Three days ago, a person from the ST community was shot dead by the CRPF. When he had to go to meet the family, the gate of the house was locked.

At the same time, PDP chief Mehbooba Mufti said about Pakistan that China killed our soldiers and occupied the land, but India’s talks with China are going on. I think the doors of dialogue with Pakistan should not be closed. After all, till when will the Bharatiya Janata Party (BJP) do politics of the blood of the jawans and the people.

Earlier, Mehbooba Mufti, after meeting the family of a school headmistress who was shot by terrorists, had said that the wrong steps taken by the BJP-led central government were responsible for the “deteriorating” situation in Jammu and Kashmir. Amid the killing of seven civilians by terrorists in the Kashmir Valley in five days, Mehbooba had demanded that accountability be fixed for the repeated security lapses.

Everyone is living in an atmosphere of repression and fear: Mehbooba

Mehbooba had tweeted, ‘Everyone here is living in an atmosphere of repression and fear. Responsible people at the top in power should be held responsible for these repeated security lapses. The PDP chief had claimed that it was proved that the security agencies had prior information about such attacks. Mehbooba had questioned, ‘Yet they failed to save the lives of these innocent people. Is it because they are putting all their energy into sacking government employees and confiscation of passports of ordinary Kashmiris?’

Mehbooba claimed that her party tried to organize a unity march in the wake of the killings but was stopped by the police. He had said, ‘The irony is that the Indian government spreads rumors that Kashmiri Muslims do not stand up for minorities here. The truth is that this kind of malicious hate propaganda is in line with the BJP’s electoral discourse and prospects.

read this also- Jammu and Kashmir: Encounter between security forces and terrorists in Bandipora, one terrorist linked to Lashkar killed

read this also- Maharashtra Bandh: Devendra Fadnavis called Maharashtra bandh a hoax, said, ‘Mahavikas Aghadi is getting the bandh done with the help of police’

‘Last Ardas’ for farmers killed in Lakhimpur Kheri violence on Tuesday, farmer leaders will gather near the spot

Be alert about breast cancer, get these symptoms checked immediately