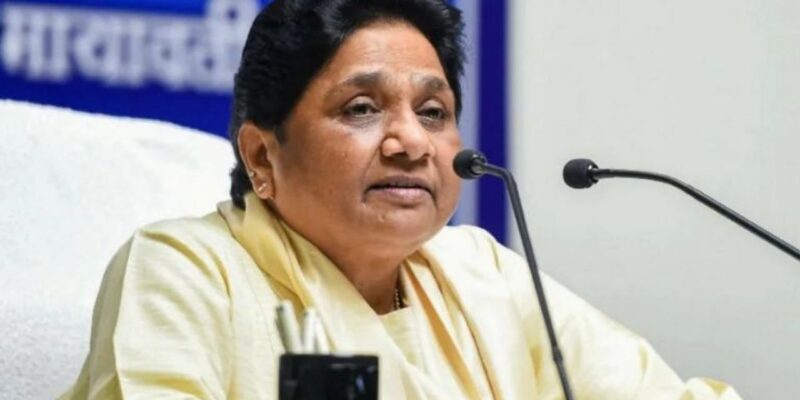 Death anniversary of Kanshi Ram, founder of Bahujan Samaj Party (Kanshi Ram death anniversary) But today party chief Mayawati will show her strength in Lucknow today. Political mercury has risen in the state just before the 2022 UP assembly elections and today on the occasion of the 15th death anniversary of Kanshi Ram, BSP chief and former Chief Minister Mayawati. (Mayawati) has organized a tribute program in the capital Lucknow. In fact, before the assembly elections, the BSP wants to show that its support base has not diminished and even today they are capable of mobilizing crowds. The opposition parties in the state and a section of the media are telling that the BSP has become weak in the state and gradually the party’s support base is decreasing in the state. Therefore, Mayawati wants to give a message to her opponents through this program.

It is being told that 4 lakh BSP workers can participate in this event in Lucknow today. However, most of the workers have reached Lucknow a day before. At the same time, in view of the ongoing protocol of corona infection in the state, BSP chief Mayawati (BSP Chief Mayawati) Before this program, it was also made clear that all the workers should follow the COVID guidelines and must come wearing masks. That activism is not visible in Mayawati’s politics for a long time. for which she was previously known. But before the assembly elections, Mayawati wants to show that her support base has not diminished and she still has the ability to mobilize as many crowds as possible. Through today’s program, the party will give a message to the opposition parties as well as to the Dalits that BSP is definitely taking all sections along and working on the concept of welfare of all.

BSP was the first to try to woo Brahmins

In view of the elections in the state, BSP supremo Mayawati was the first ( BSP Chief Mayawati) To attract the Brahmin community towards the Bahujan Samaj Party, organized an enlightened class conference in Uttar Pradesh. For this, the BSP had elected Ayodhya. After this a similar program was organized in Mathura. The BSP has formed the government in the state after the support from the Brahmins. Therefore, the BSP wants to implement this winning formula again in the state.

BSP has been continuously weakening in the state

If we talk about the 2017 assembly elections, then out of the total 403 seats in the state, the BSP was successful in winning only 19 seats. Whereas BSP has formed the government thrice in the state. In the past, Mayawati has suspended 9 BSP MLAs for anti-party activities. At the same time, only 7 BSP MLAs are left in the state.

Also read- Big statement before UP assembly elections! Who will be Mayawati’s successor? BSP supremo gave this answer

BJP President JP Nadda on a two-day visit to Manipur from today, will attend many programs, read schedule

Donald Trump gave a ‘controversial statement’ about Haiti refugees, said- ‘Many of these people have AIDS’