May 3: PM Modi’s visit to Denmark, political ruckus on Rahul Gandhi’s pub video and rain alert in many states, read 5 big news of the day 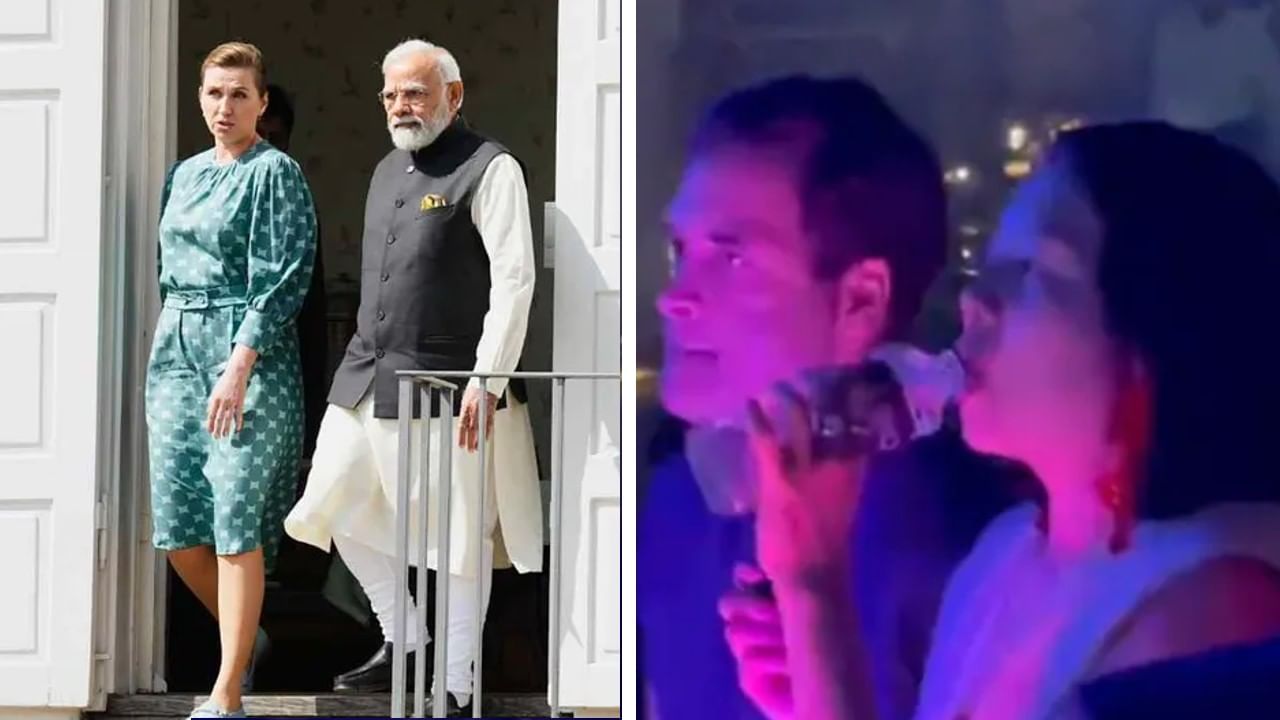 Amidst the increasing temperature every day, today the Meteorological Department has given some relief information. At the same time, there is also a good news about the corona vaccine for children. Read the full bulletin for more details.

Every day there are many such incidents in the country and the world, which are the headlines of the day.Top Latest News) are formed. From TV to Internet, in the rush of news going on throughout the day, there are many such important news, which we miss and we often miss important events.Latest News) do not know about. Today Top 5 Here we are telling together five such important news of the day, about which it is important for you to know. You can also read the full news by clicking on the link given below the news.

Discussion on many issues with PM Modi, PM Fredriksson on Denmark visit, appeals for immediate ceasefire from Russia-Ukraine

PM Narendra Modi, who arrived in Denmark after Germany, met Prime Minister Mette Frederiksen in Copenhagen and visited his residence. This is Prime Minister Modi’s first visit to Denmark, where he will take part in bilateral and multilateral talks on 3-4. India and Denmark exchanged Letters of Intent and MoUs in the presence of PM Modi and Denmark PM Fredriksson in Copenhagen.

Jodhpur was being burnt and CM Gehlot was busy taking the bouquet, Union Minister Shekhawat’s warning – if action is not taken on the matter, he will sit on dharna

After the clash during morning prayers on the occasion of Eid in Jodhpur, Rajasthan, MP Gajendra Singh Shekhawat has warned the administration that if no action is taken in this incident, then he will go to Jalori of Jodhpur (Jodhpur Clash). There will be a huge protest at the gate. Let us tell you that after the clash during Namaz, the atmosphere has deteriorated in 10 areas of Jodhpur. Curfew has been imposed in these areas. On this matter, the Union Minister (Gajendra Shekhawat) said that what happened during the morning prayers that soon after that cars were vandalized and houses were pelted with stones. He said that women were insulted in Jodhpur. The police did not take any pre-emptive steps to prevent this incident.

Congress counterattacked on Rahul’s pub video, shared photo of Prakash Javadekar with champagne and asked, Who is this?

Former Congress President Rahul Gandhi has gone on his personal visit to Nepal at this time. Meanwhile, BJP has targeted him by sharing a video of him on Tuesday. In this video he is seen in the pub. On this, the Congress has also retaliated against the BJP in the defense of Rahul Gandhi. Congress has shared a photo of BJP leader Prakash Javadekar, in which he is seen opening a bottle of champagne.

Weather Alert: Change of weather mood, rain alert with strong winds, Badra will rain in many states for the next 4 days

Due to the heat wave, people are facing bad condition across the country. In many states, the mercury has crossed 40, which is causing severe heat. The India Meteorological Department said on Monday that the current heatwave conditions in Rajasthan, Maharashtra’s Vidarbha and adjoining areas of Delhi will end from today. The Meteorological Department (IMD) said that most parts of North and Central India will be free from heatwave from Thursday. It will rain for the next 4 days in many states of the country.

Corona in India: Active cases of corona reduced in the country, experts said – the peak has passed, now the cases of infection will continue to decrease

There is a decrease in the active cases of corona in the country. Till a day ago, the number of active patients was 19,500, which has now come down to 13,137. After five days, there has also been a decrease in new cases of infection. In the last 24 hours, 2,568 new cases of infection have been registered. Earlier, more than 3 thousand cases were coming daily for the last five days. The positivity rate also remains less than one percent. However, there has not been a significant reduction in cases in the capital Delhi. 1,076 new cases have been registered here in the last 24 hours. Experts say that the process of increasing corona cases in the country has now stopped. Cases will keep decreasing in the coming days.