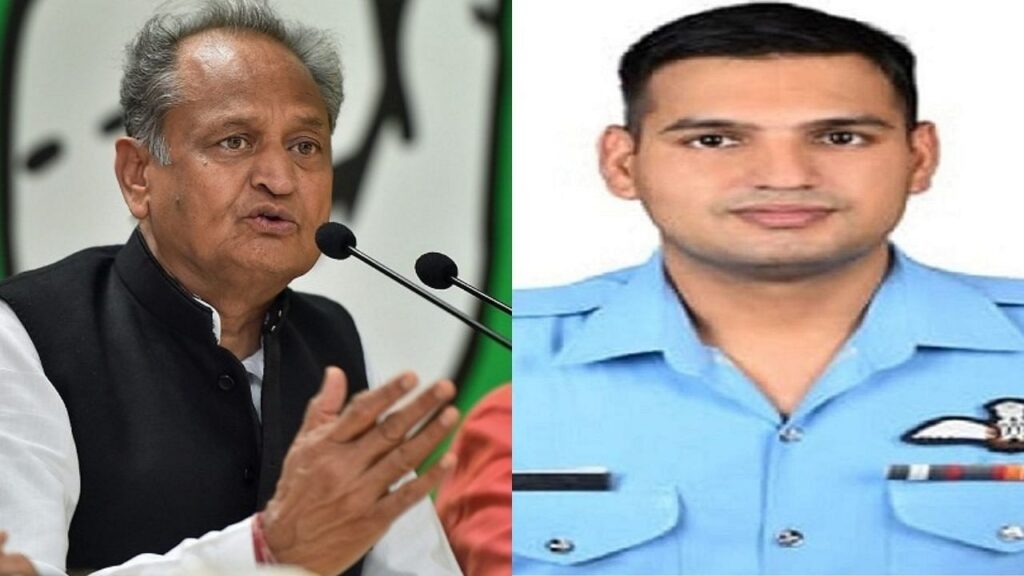 Chief Minister Ashok Gehlot has announced an amount of one crore to the family of Squadron Leader Kuldeep Rao of Rajasthan, who was martyred along with CDS Bipin Rawat in the helicopter crash in Coonoor, Tamil Nadu.

The Rajasthan government has announced an amount of one crore to the family of Squadron Leader Kuldeep Rao of Rajasthan, who was martyred along with CDS Bipin Rawat in a helicopter accident in Coonoor, Tamil Nadu. Chief Minister Ashok Gehlot announced this on Tuesday.

Let us inform that Kuldeep Rao, who is considered to be the best pilot of the Air Force, was a resident of Ghadarana Khurd village in Jhunjhunu district of Rajasthan and was a co-pilot in the helicopter carrying CDS Bipin Rawat. On the other hand, on Sunday, with full military honors, the last rites of the martyr Kuldeep were performed in his native village.

Kuldeep was the only son of his parents

Kuldeep’s ancestral village is Ghardana Khurd, located about 40 km from Jhunjhunu, who was the only child of his parents. Let us tell you that Kuldeep’s father Randhir Singh has also served in the Navy. At the same time, about two years ago, Kuldeep was married.

During Kuldeep’s funeral, his wife Yashwani and sister stayed with him. After the tricolor yatra, Kuldeep was lit by his wife Yashwani and everyone present there was filled with tears. Yashwani said ‘Jai Hind’ loudly while saluting her husband and then wept bitterly by saying I love you Kuldeep. Started.

Let us inform that the body of Kuldeep had reached the Jhunjhunu airstrip from Delhi by Air Force helicopter on Sunday, after which the Air Force first gave guard of honor to martyr Kuldeep Rao, after which he was paid tribute.

The body of Kuldeep was taken to his native village Ghardana Khurd with a 40-km long tricolor journey, during which people showered flowers on him all the way and remembered the martyr with moist eyes. At the same time, slogans of ‘Bharat Mata Ki Jai’ and ‘Kuldeep Rao Amar Rahe’ kept resonating throughout the way.

read this also : US Defense Minister spoke to Rajnath Singh, condoled the death of General Rawat