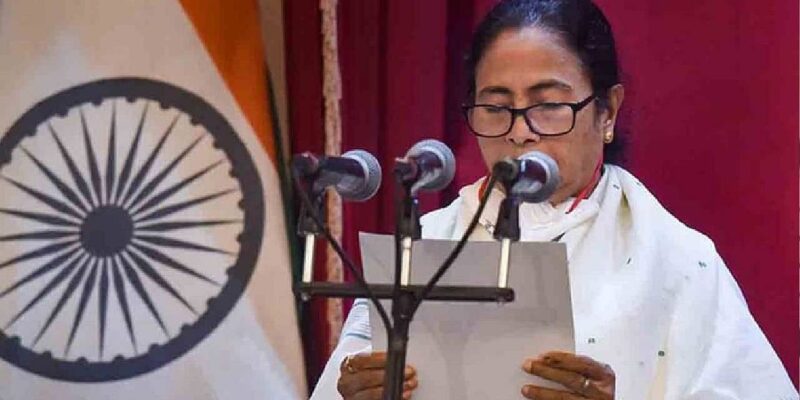 West Bengal Governor Jagdeep Dhankhar (Governor Jagdeep DhankharChief Minister Mamata Banerjee (CM Mamata Banerjee) including three new TMC MLAs (TMC MLA) Will administer the oath to Zakir Hussain and Amirul Islam at 2 pm in the assembly premises. Although earlier the swearing-in ceremony was scheduled at 12:15 pm, but later on the request of the state government, it has been shifted to 2 pm. Let us tell that Mamta Banerjee, who has been a seven-time MP, will take oath for the third time as an MLA.

Have won in Bhawanipur with record votes, have started the journey with student politics

After defeating BJP candidate Shubhendu Adhikari from Nandigram in West Bengal Assembly elections, 66-year-old Mamata Banerjee defeated Priyanka Tibrewal of BJP by more than 58 thousand votes from Bhawanipur. This victory of Mamata Banerjee is politically significant, as she needed to be a member of the Legislative Assembly before November 5 to remain the CM. Had Mamata Banerjee not won the election, her CM post would have been in danger. Mamta Banerjee started her political career with student politics. Mamta Banerjee, who came into politics from college days, faced many challenges, but she never gave up. In the year 1990, there was a deadly attack on him. She was beaten up by the police in 1993, but after each attack she became stronger than ever and raised her voice against the then Left Front rule. Due to her antagonistic character, she came to be known as Agnikanya.

On 6 August 1990, CPI(M) goon Lalu Alam had a deadly attack on Mamta Banerjee. Then she was the leader of Youth Congress. After that incident, Mamta emerged as the fire brand leader of the Congress. Then in the year 1993, Mamta Banerjee was dragged out in front of the then CM Jyoti Basu in front of the Writers’ Building. There was an attempt to attack her during the Nandigram-Singur movement in 2006-07, as a result, she came to the government in 2011 and ended 34 years of Left Front rule. And finally in the year 2011, defeating the never defeated Left Front government, the government of Maa, Maati, Manush was formed. Now his dream is to remove BJP from power at the Centre.

Now a plan has been made to spread TMC outside Bengal and defeat BJP.

In the 2021 elections, he claimed that some people attacked him. He campaigned in a wheelchair. TMC won 211 seats out of 292. Won the by-elections of three assembly seats held recently. Mamta Banerjee wants to be the biggest face of the opposition. His biggest goal is to remove BJP from the Centre. Due to this, he has appointed his nephew Abhishek Banerjee as the national general secretary of the party. He is working closely with election strategist Prashant Kishor. TMC has started its organization in Goa, North East, Assam, Tripura, Meghalaya. Preparations are being made to contest elections in these states. The effort is to register its presence in these states before the 2024 Lok Sabha elections, so that the country gets the message that TMC has power even outside Bengal. Mamata Banerjee wants to maintain her focus on Bengal. That is why the outside work has been given to Abhishek. She wants to bring BJP to zero in Bengal in the 2024 Lok Sabha elections. At present, the BJP has 17 MPs in Bengal. After the victory in Bhawanipur, Mamta Banerjee said that 46% of non-Bengalis voted for her. Through this, somewhere there is an attempt to give this message that whether Bengalis or non-Bengalis, everyone likes them.