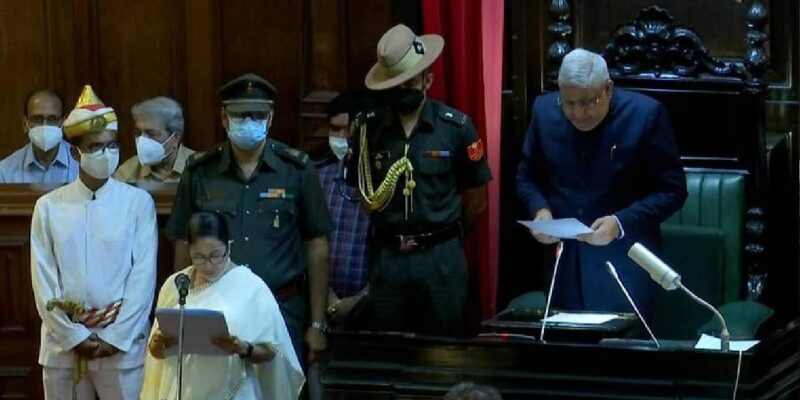 West Bengal Governor Jagdeep Dhankhar administered the oath of MLAs to three new TMC MLAs (TMC MLA) Zakir Hussain and Amirul Islam in the assembly hall, including Chief Minister Mamata Banerjee. Though the swearing-in ceremony was earlier scheduled at 12:15 pm, it was later shifted to 2 pm on the request of the state government. Mamta Banerjee’s top minister and Mukul Roy, who joined TMC from BJP, was present on this occasion. 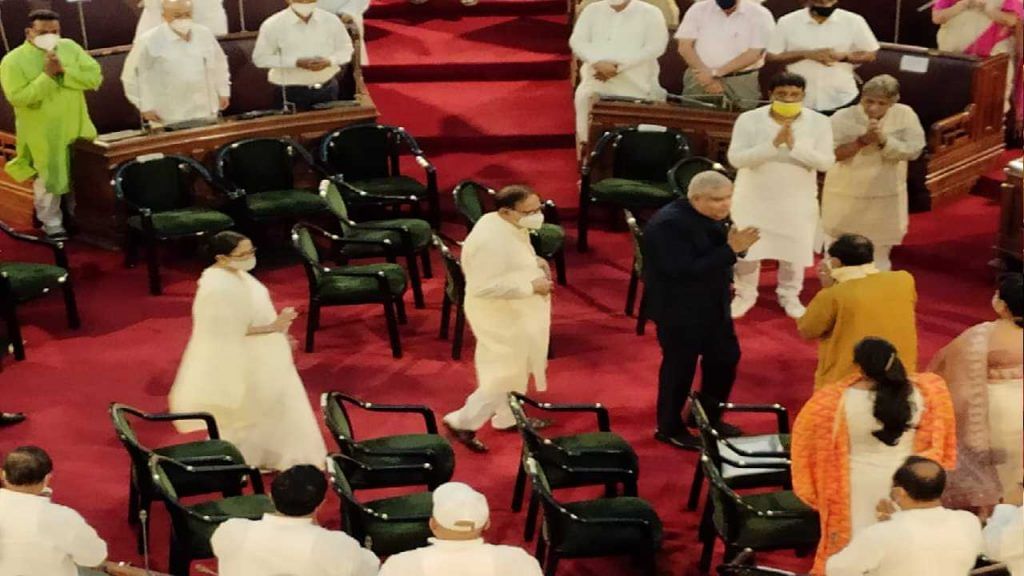 After reaching the assembly, the Governor, Speaker Biman Banerjee and Mamta Banerjee first garlanded Ambedkar’s statue. Let us tell you that this was the first time in the history of the Legislative Assembly of West Bengal. When the governor has administered the oath to an MLA in the assembly. Till now the Speaker of the Assembly has been administering oath to the MLAs under the authority given by the Governor, but the Governor has taken away the right of the Speaker to administer the oath by issuing an order. There was a political dispute in Bengal regarding this. On this occasion, the Governor termed the oath ceremony of Mamta Banerjee as a historic moment.

After defeating BJP candidate Shubhendu Adhikari from Nandigram in West Bengal Assembly elections, 66-year-old Mamata Banerjee defeated Priyanka Tibrewal of BJP by more than 58,000 votes from Bhawanipur. This victory of Mamata Banerjee is politically significant, as she needed to be a member of the assembly before November 5 to remain the CM. Had Mamata Banerjee not won the election, her CM post would have been in danger. Mamta Banerjee has become an MLA for the third time, although she has been an MP for seven times and has also been a Union Minister several times. Mamta Banerjee recited the oath in Bengali language. After the oath recitation, the Governor and Mamta Banerjee were seen talking to each other.

Mamata’s Oath Taking: Governor to administer oath to 3 MLAs including Mamta Banerjee at 2 pm today, know the journey from Agniknya to becoming CM

Will our streets really come alive with music?

Delhi-NCR: If you are preparing to take your car to another district, then know the new rules for taking NOC, otherwise there may be problem