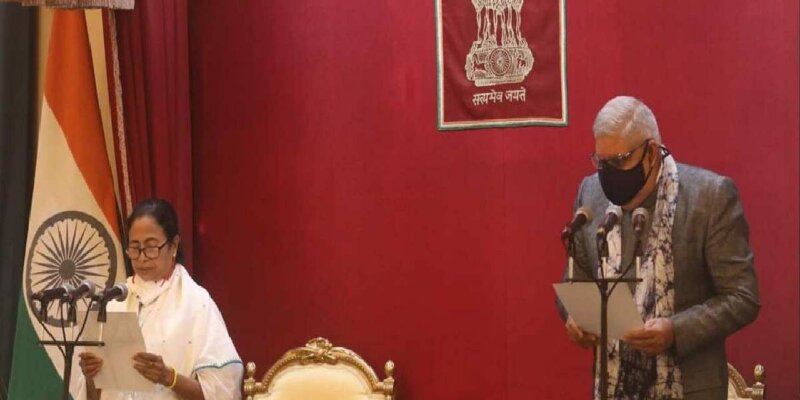 Governor Jagdeep Dhankhar had earlier informed by tweeting that on October 7, 2021, at 11.45 am, the oath will be administered to the elected members i.e. Mamta Banerjee, Zakir Hussain and Amirul Islam in the premises of West Bengal Legislative Assembly, but it was changed on the request of Bengal Government. The tax has been given till 2 pm.

West Bengal Governor Jagdeep Dhankhar (Jagdeep Dhankhar) And Assembly Speaker Biman Banerjee (Speaker Biman BanerjeeBetween West Bengal CM Mamta Banerjee (Mamata BanerjeeThe ongoing controversy over administering oath to the three elected MLAs has come to an end. Governor Jagdeep Dhankhar tweeted on Tuesday and informed that the Governor will administer the oath to two other elected MLAs including Mamta Banerjee in the assembly premises on October 7 at 11:45 am, but later on the request of the government, the Governor requested to take oath at 2 pm. is accepted. He has given information about this by tweeting.

Let us inform that Governor Dhankhar has snatched the right to administer oath to the MLAs from the Speaker of the Bengal Legislative Assembly, Biman Banerjee. It is being told that this is the first time that the Governor of Bengal had taken such a step. After that there was doubt about the oath ceremony of Mamta Banerjee, but now after the announcement of the Governor, this crisis has been averted.

Governor WB Shri Jagdeep Dhankhar would administer oath/affirmation to the elected members to the WBLA, viz., MAMATA BANERJEE , JAKIR HOSSIAN and AMIRUL ISLAM at the premises of the West Bengal Legislative Assembly on 7 October, 2021 at 11.45 hours. pic.twitter.com/Zp30Jt02k9

On the request of the Bengal government, the timing of the oath ceremony changed

Earlier @itspcofficial had indicated ‘pl administer oath of 3 elected members on 7th October 2021 at 11.45 a.m.’ and after issuance of order has sought “Kindly allow to administer oath at 2 p.m. instead of 11.45 a.m.”
Now oath will be administered at 2 PM at WBLA by Governor WB. https://t.co/v0qjB0Aq5B pic.twitter.com/RBVA4mdFdG

Governor Jagdeep Dhankhar had earlier told to administer the oath at 11.45 am, but now on the request of the state government, the oath ceremony will be held at 2 pm. Significantly, Chief Minister Mamata Banerjee has won a landslide victory in the Bhawanipur by-election. To continue in the post of Chief Minister, it is necessary that he should take oath of MLA before November 4. Sources related to the assembly say that a few days before the by-elections in Bhawanipur and Murshidabad, a letter has been sent from the Raj Bhavan to the Speaker’s office. It states that the Governor has got the right to administer oaths to ministers and MLAs.

Mamta spoke to the speaker on the phone

Let us inform that in Raj Bhavan, where the Governor administers the oath to the ministers, the Speaker gets the MLAs sworn in as the representative of the Governor. Officials say that CM Mamta Banerjee has spoken to the speaker on this issue on Monday and her office staff is in touch with Raj Bhavan. Article 188 of the Constitution has been mentioned in the Governor’s letter, which gives the Governor the power to administer the oath.

West Bengal: Mamta Banerjee will take oath as MLA on October 7 in Navratri, Governor and Speaker face to face on oath ceremony

China challenges America by air infiltration in Taiwan, ‘Dragon’ is showing its dominance in the Indo-Pacific 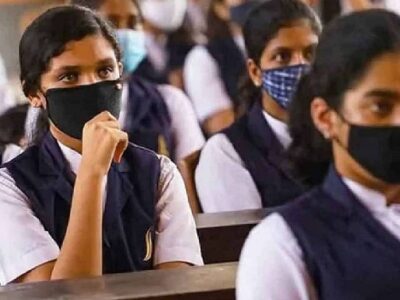