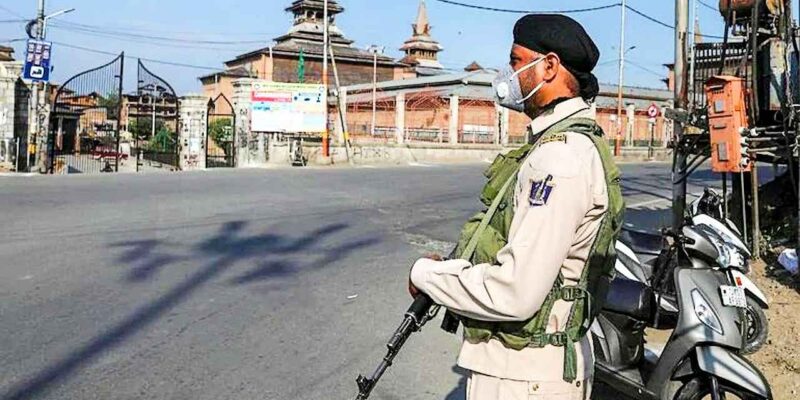 A large quantity of banned narcotics was recovered from Jammu and Kashmir’s Pulwama and Shopian districts on Thursday and four persons were arrested. police gave this information. A police spokesman said that police station Jenapura had received specific information that both Abdul Hameed Sheikh and Bilal Ahmed Sheikh, residents of Chillipura in Shopian, were involved in drug smuggling and had stored huge quantities of narcotics in their homes. .

Following this, a police team along with an executive magistrate raided specific places, he said. The spokesman said that during the search operation, the police recovered a large quantity of narcotics from both the houses. He said that so far four people have been arrested in this connection. In another incident, Kakapora police station received information that Mohanviji, Kakapora residents Gulzar Ahmed alias Son and Mohammad Rafiq were involved in drug smuggling and were keeping a large quantity of banned substances in their homes, the spokesman said.

He said that a police team raided the specific place and during the search, 27 kg of ganja leaves and 28 kg of poppy husk were recovered. The spokesperson said that the accused managed to escape but efforts are on to nab them. He said that the police have registered a case and started investigation.

Heroin worth Rs 10 lakh was seized from a bus in Karbi Anglong district of Assam and two passengers were arrested. The police gave this information on Thursday. Khatkhati police station in-charge Moblik Brahm told reporters that during routine checking of vehicles on National Highway 39 on Wednesday night, police stopped a bus going from Dimapur to Barpeta and arrested two passengers hailing from Manipur and Nagaland.

He said that during interrogation, both claimed that they were instructed to take the drug to Guwahati and were asked to wait for further instructions. Also told that investigation is going on in this regard.

A huge amount was spent in gambling, then aeronautical engineer became the master mind of the robbery, along with friends, robbed the jewelry shop