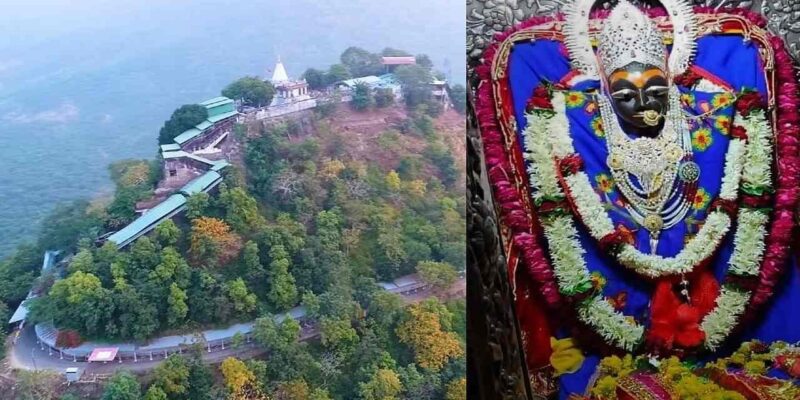 According to mythological belief, wherever the parts of Sati had fallen, a Shaktipeeth was established there. One of the 51 Shaktipeeths, the holy abode of Mother Sharda, is situated on the top of Trikuta mountain in Maihar, Madhya Pradesh, which is believed to be the place where Sati’s necklace fell. Mother is seated here in a grand and beautiful building. Located on the top of the mountain, this temple of Maihar Devi is known for its miracles in the country and the world. It is believed that the mere sight of Sharda, the mother of Maihar, removes all the sorrows of the devotees and fulfills all their wishes.

Who worships before the priest

People believe about Sharda Mata Temple that after the closure of the doors of this temple, when the priests come down from the mountain and there is no one left, then even today two brave warriors Alha and Udal are invisible. They come to worship the mother and go away after worshiping in the temple before the priest. It is believed that Alha-Udal not only discovered this holy abode of Mother Sharda on this densely forested mountain, but had received the boon of immortality from the mother by doing continuous penance for 12 years. It is also believed that both these brothers had offered their tongues to Sharda with devotion to please the mother, which was returned by mother Sharda at that very moment.

Mother Sharda is the goddess of wisdom

In the Sanatan tradition, Mother Sharda is worshiped as the presiding deity of learning, wisdom and art. Students who are preparing for the examination-competition, reach here in large numbers to take special blessings of Mother Sharda. A seeker who worships Maa Sharda with a sincere heart gets the blessings of happiness and prosperity and never dies prematurely. By the grace of Mother Sharda, he is always protected from all kinds of fears, diseases etc. Devotees have to climb 1001 steps of the temple to see the mother in this Shaktipeeth with a height of about 600 feet. However, if you want, you can easily reach there by ropeway as well.

Also read – Dussehra 2021: Not only Lord Rama, Lankapati can also learn from Ravana, these seven big lessons related to life

First rain now farmers troubled by theft! More than 100 quintals of onion disappeared in the night!

Hum Do Hamare Do Trailer Out: Trailer of Kriti Sanon and Rajkummar Rao’s film released today