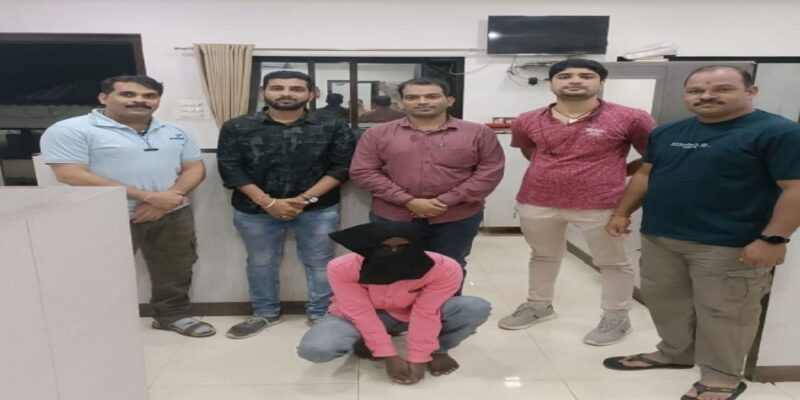 Thane City Police of Maharashtra has arrested an accused absconding since 2015 in connection with the murder of Shiv Sena leader Keshav Narayan in Badlapur. A Shiv Sena leader was murdered six years ago in 2015 in Thane, Maharashtra. On Wednesday, a 37-year-old man has been arrested by the police in this case. The police had arrested four people in this case, but one of the accused was absconding.

A Thane crime branch official said that Shiv Sena’s deputy branch chief Keshav Mohite from Badlapur town was murdered by people on April 4, 2015, over old enmity. Assistant Inspector of Police, Crime Branch Prafulla Jadhav said that after receiving a tip-off about the accused being in Kolhapur, a team of Crime Branch officials went to Unchgaon village and arrested Sagar Kamble. The accused has been handed over to Badlapur police for further investigation.

The accused was caught after 6 years

Maharashtra: Thane City Police says it has arrested an accused who was on the run since 2015 in the murder case of Shiv Sena leader Keshav Narayan in Badlapur. pic.twitter.com/72sVHdINTk

Also Read – Cruise Drug Case: Munmun Dhamicha’s Lawyer Told Court – Drugs Not Received From My Client, Why Is He In Jail

From ‘Another Life 2’ to ‘Maha Samudram’, these films are being released in OTT and theaters – Seraj