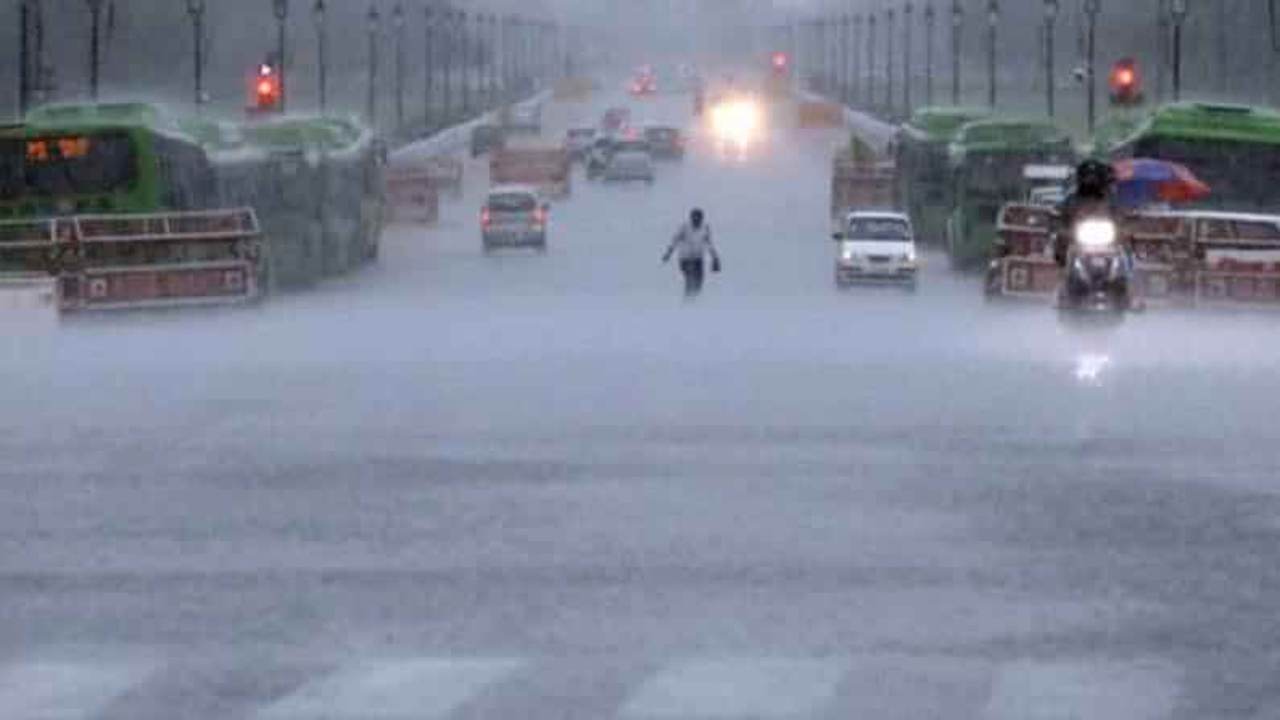 According to the forecast given by the Indian Meteorological Department (IMD), heavy rains have started in Mumbai. Around Aarey in Goregaon, western suburbs like Malad, Kandivali, Borivali received heavy rains overnight. The Meteorological Department has issued a Yellow Alert (IMD Rain Alert) for Mumbai. There has also been heavy rain in Chembur, Sion and Ghatkopar areas of central Mumbai. It still starts intermittently.

IMD has issued an orange alert for Konkan and Western Maharashtra of Maharashtra. Yellow alert has been issued for North Maharashtra, Marathwada and Vidarbha districts. The Meteorological Department has asked the people living in these areas to be alert and careful.

Orange alert in Konkan, West Maharashtra, rain in Ganeshotsav is a big headache

Water and water in Vasai-Virar area including Thane, loss of business due to rain

Thane and Vasai-Virar areas also received heavy rains overnight. Torrential rain had started in Vasai-Virar from ten o’clock in the night. In the middle of the night, the intensity of the rain increased even more. It is still raining intermittently. But life is not live as usual, it has slowed down. Because of this, shops are open, but there are no customers.

No rest even in Nashik, after overnight rain, now traffic jam

The intensity of rain continued throughout the night in rural parts of Nashik district and also in urban areas. It has rained overnight around Panlot Dam. Gangapur Dam has also been filled to the fullest. There is a possibility of releasing water from here today. Yesterday 500 cusecs of water was released from Gangapur Dam. People have been warned to remain alert around Godavari Ghat. Meanwhile, there has been a traffic jam on the Thane-Nashik road. For 7 to 8 kilometers, the traffic is moving forward by crawling.

There will be torrential rain for the next 3-4 days, the Meteorological Department has an estimate

For the next three to four days, strong winds will blow over the west coast of Maharashtra. According to the Meteorological Department, torrential to very heavy rains are expected across the state. A low pressure area is rapidly developing around the Bay of Bengal. Orange alert and yellow alert have been issued for different districts for the next four to five days from the Regional Meteorological Center of Mumbai.

Meteorologist K.S. Hausalikar’s tweet, told where how much rain

The low pressure area in the Bay of Bengal intensified today (WML). The IMD said it is likely to intensify further in the next 24 hours and move inland. Possibility. pic.twitter.com/9W8nixwzHC

How will the situation be on September 14-15, will rain continue?

Talking about Wednesday, the Meteorological Department has issued an orange alert for Palghar. Yellow alert has been issued for Ratnagiri, Sindhudurg, Kolhapur, Raigad, Ratnagiri, Thane, Satara, Pune districts. On Thursday i.e. 16 September also, the rain has been predicted to continue in Palghar district.

What is the difference between righty and lefty? How does the brain of both work?