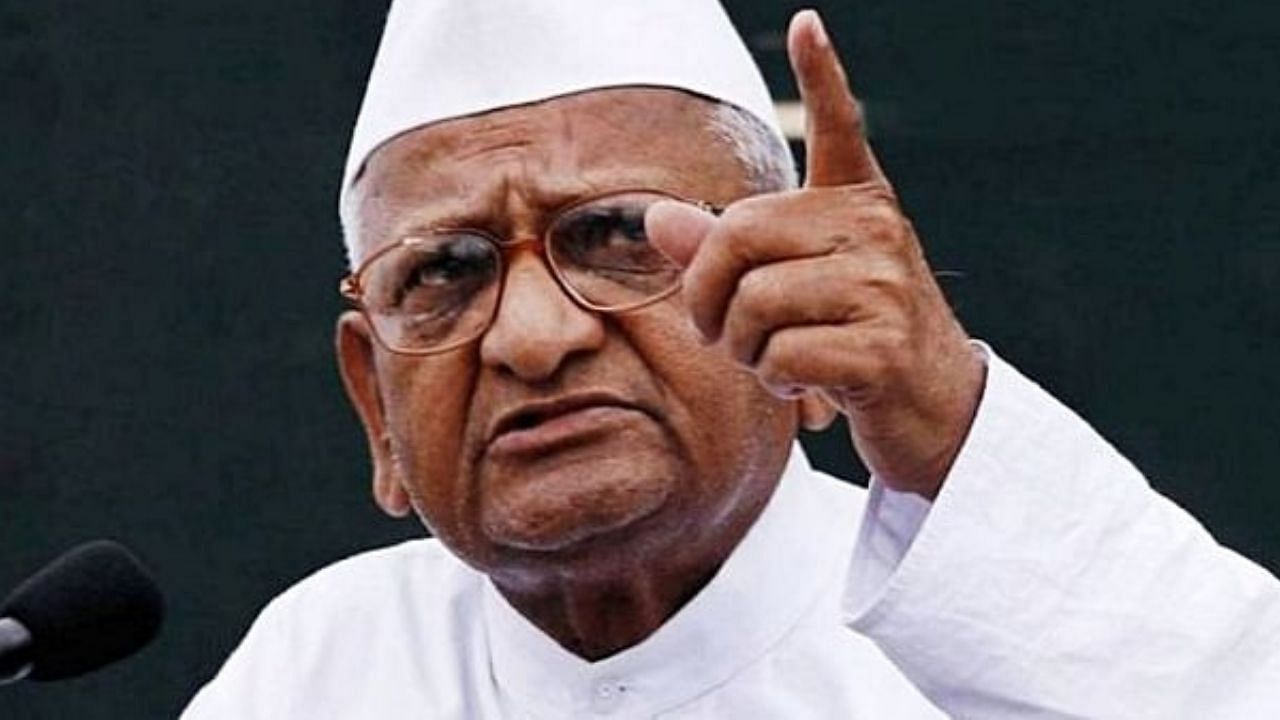 A training camp of 86 workers from 14 states of the country was organized at Ralegansiddhi. Senior social worker Anna Hazare once again resolved to launch a mass movement. For this, it was decided to form an organization at the national level.

In the National Workers’ Camp in Ralegansiddhi, the village of senior social worker Anna Hazare, Anna expressed his views on the national issue fiercely. He said that neither Congress nor BJP is going to do anything good for the country. He said, “Everyone is engaged in making money from money and power from power. If any government understands freedom to mean freedom, then it becomes necessary to make the Parliament powerful. In this way, if the public becomes aware, then the government of Prime Minister Narendra Modi can also be brought down. There is no other way to save the country.”

While guiding the camp in his village in Ahmednagar district of Maharashtra, Anna said, “The future of the country is not bright in the hands of any party, be it Congress or BJP. If any party has to bring change in the country, then there is a need to bring pressure on it through Jan Sansad. During the Lokpal agitation of 2011, we had prepared the team with this resolution. But political ambition took birth in the minds of some people and the team broke up. Some became chief minister, some governor, some minister, but the country suffered. In these words, Anna not only took a dig at Congress and BJP but also targeted Delhi Chief Minister Arvind Kejriwal.

A training camp of 86 workers from 14 states of the country was organized at Ralegansiddhi. It ended on Sunday. Senior social worker Anna Hazare resolved to once again conduct a mass movement through this national worker training camp. For this, it was decided to form an organization at the national level. He has instructed his workers to make a long-term plan and start working.

On this occasion, Anna Hazare said, “Some people comment on me, but I do not pay attention to them. It’s not my job. My work is for the society and the country. Truth is never defeated. I have no selfishness. I have been living in the temple for 46 years. I have nothing to do with any political party. I only care about the country and the society.”

My support to the farmers’ movement, the government is not serious about this problem

Speaking on the issue of farmers’ movement on the Delhi border, Anna said, “I have been agitating for the problems of farmers for many years. On 23 March 2018 and 30 January 2019, I organized a movement with the farmers. I have my support for the farmers’ movement which has started in Delhi for the last 9 months. I also went on a fast one day. The government is not at all serious on the issues of farmers. 50 percent MSP should be applicable on agricultural produce over C-2. For this, the central government has given a written assurance to constitute a high powered committee.

Ultimatum given to Thackeray government, enable Lokayukta law or else mass movement

Last week, Anna Hazare gave three months to the Mahavikas Aghadi government to enable the Lokayukta Act in the state. Otherwise, he has warned of agitation from January. He has said that either the Lokayukta Act will come into force with full force, or the Thackeray government will fall.

Maharashtra ZP By Election: Announcement of by-elections for Zilla Parishad, Panchayat Samitis in Maharashtra, polling will be held on October 5