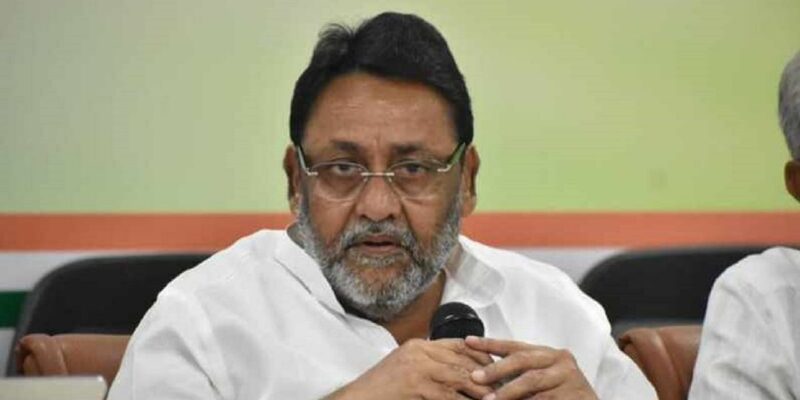 Nawab Malik, Minister and NCP leader in Maharashtra GovernmentNawab Malik) has once again put the Norcotics Control Bureau (NCB) and the Central Government in the dock. In a press conference, Nawab Malik alleged that I am being targeted politically. He said that NCB tried to implicate my son-in-law Sameer Khan, behind which BJP was behind. Nawab Malik mocked NCB and said that this agency is unable to differentiate between tobacco and ganja.

He said that BJP people are saying that Nawab Malik’s son-in-law (Sameer Khan) is a drug dealer. There are many types of political attacks on me. Naseeb has implicated my son-in-law. Former chief minister (Devendra Fadnavis) also attacked me. He further said that ever since I raised the issue of Manish Bhanushali and his relation with BJP, BJP is attacking me since then.

Nawab Malik said that his son-in-law was implicated in a false case. He said that only seven and a half grams of marijuana, which was said to be 200 kg of ganja, was found near Furniturewala. The CA report came that the thing found is herbal tobacco. The biggest question arises that such a big agency NCB is not able to differentiate between tobacco and ganja. Malik said that according to my knowledge, such agencies have an instant testing kit from which it is known whether the recovered item is covered under the NDPS Act or not. Malik further alleged that the court’s report says it all. Accordingly, NCB did the work of framing the people.

Let us tell you that Nawab Malik’s son-in-law Sameer Khan was also arrested by the NCB during the drugs investigation that started in Bollywood after the death of actor Sushant Singh Rajput last year. He got bail only a few days back. Earlier, Nawab Malik had questioned the role of Manish Bhanushali and KP Goswami in the drugs case related to Aryan Khan.

He had told the raid lying on the cruise as fake. Malik said that BJP leaders are saying that I am speaking on this matter because my son-in-law is a drug smuggler. Let me tell that my son-in-law has got bail after 8 months. Nawab Malik said that after the arrest of Shahista Furniturewala in January, there were raids in Delhi, Noida, Gurugram, Bangalore, Muchhad Paan Wale. There was also a raid in Rampur, which was related to my son-in-law.

The security of Nawab Malik, a minister in the Maharashtra government, has been increased. Their security has been increased from Y category to Y plus. Now there will be 4 soldiers under his protection. Earlier a body guard lived with him. Nawab Malik has been receiving threats over the phone ever since he started exposing irregularities in the investigation of NCB’s Cruise Ship Drugs Party.

NewsNCR EXCLUSIVE : Sensational revelations of a trend terrorist from ISI arrested in Delhi, doubts deepened on the infamous Pakistani organization in the world!