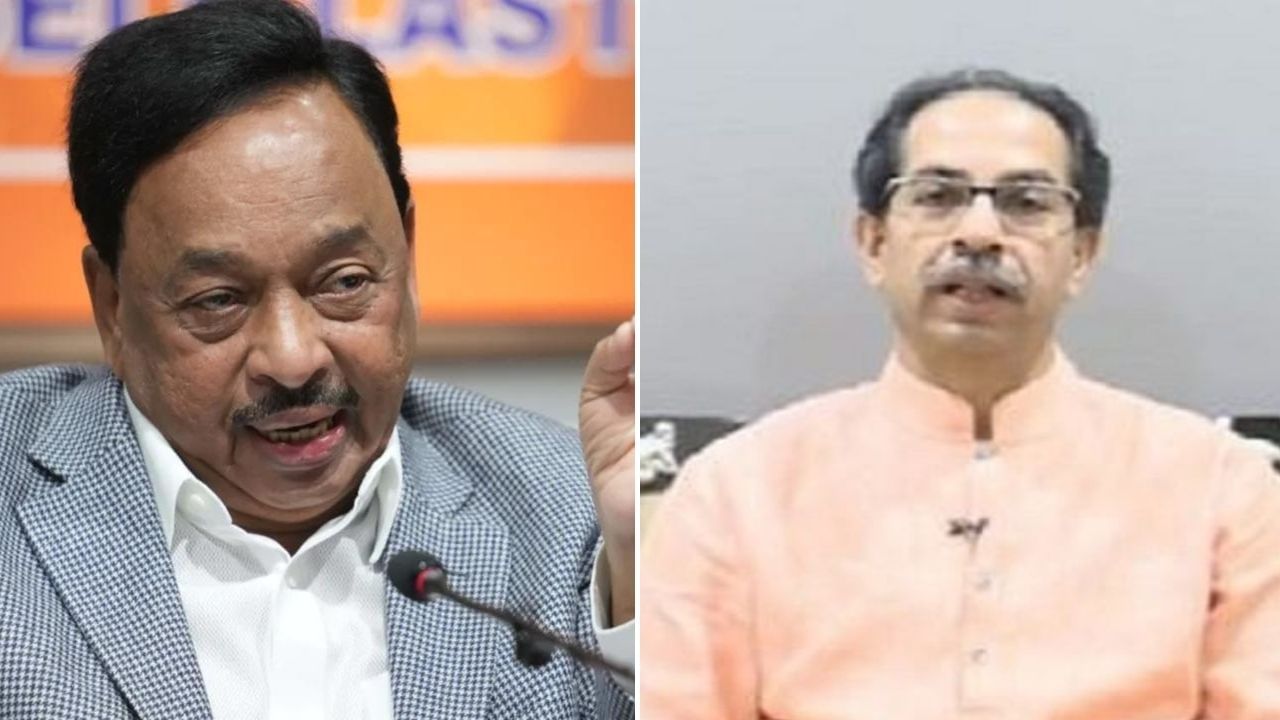 Narayan Rane said that he is run by Dawood’s Nawab Bhai, Mumbaikar Munna Bhai does not work. He is calling his own brother as Munna Bhai. Words like chemical elasticity are being used. Wah re cultured chief minister.

Taking the name of Chhatrapati Shivaji before the election, taking the name of Hindutva and printing notes after the election, I will not even call it corruption, malpractices, malpractices and anarchy are beginning. CM Uddhav Thackeray (CM Uddhav Thackeray) of Saturday’s Mumbai rally and speech was controversial and witty. It was just a joke, it was muscari. They are not doing Shiv Sampark Abhiyan, they are doing Shivya (abusive) contact campaign. Total was bogus speech. Not a single announcement, not a single plan. The crowd gathered by calling the hawkers. What is his relation with Shiv Sena? In these words the Union Minister for Micro, Small and Medium Enterprises Narayan Rane (Narayan Rane (BJP) attacked Shiv Sena. Narayan Rane today (Monday, 16 May) in his press conference (Press Conference) I was speaking this.

On Saturday, Shiv Sena party chief Uddhav Thackeray held a massive rally in Mumbai’s Bandra-Kurla Complex. In this rally, he made strong attacks on the BJP. After this, while interacting with North Indians on Sunday, opposition leader Devendra Fadnavis (Devendra Fadnavis BJP) strongly counterattacked Shiv Sena’s rally at Goregaon Nesco Center in Mumbai. After this, Union Minister Narayan Rane held a press conference on Monday to answer Shiv Sena.

‘If Uddhav remains CM for 10 years, then my work for 8 months is not equal’

Narayan Rane said that Chief Minister Uddhav Thackeray has proved to be a failed Chief Minister on every front. Neither did he waive the farmers’ debt, nor did he do anything to remove unemployment, during the Corona period, Maharashtra had the highest number of deaths, corruption reached its peak, could have given relief to the people of Maharashtra by reducing taxes to give relief from rising inflation. It didn’t, either. What did you do then? Rane said that even if CM Thackeray remains in power for ten years, even then he will not be able to match the work that he had done while in the office of Chief Minister for eight months.

Uddhav Thackeray had ridiculed Raj Thackeray in his speech, saying that just as Gandhi used to come to Munnabhai in his dream and later he came to know that the chemical has become elastic in his send, similarly a person in Maharashtra was wearing a saffron shawl. It seems that he has become like Balasaheb Thackeray. Responding to this, Narayan Rane said that he is run by Dawood’s Nawab Bhai, Mumbaikar Munna Bhai does not work. He is calling his own brother as Munna Bhai. Words like chemical elasticity are being used. Wah re cultured chief minister.

‘Uddhav is CM Namdhari, NCP is handling the chair’

Narayan Rane said that if Balasaheb Thackeray had been there, Uddhav Thackeray would never have been made CM. They knew they didn’t deserve it. Sharad Pawar has made him CM. Because they have also been told that their party has to do the work of CM. These are just names. The CM post for which he betrayed the BJP, he is not able to work even by taking the post. Neither going to the ministry, nor going to the cabinet meeting, nor going to the convention. They do not even know the work of CM till now.

By staying with Raut, did you understand the language of the piece, Bhindi or Farras?

The Union Minister, while becoming more aggressive on CM Thackeray, said, look at his provocations. They say, ‘Tukde-tukde will do’. Have you understood the ladybug? Or has it been understood? Weak man. That’s why Shiv Sena’s this is happening. Such words have come to speak only with the company of Sanjay Raut.


‘Thackeray government finds means of earning even in drain cleaning’

The Union Minister said that the women of Anganwadi have not received salary for three months. State Transport Corporation employees have been forced to commit suicide. Rane said that the Thackeray government prepares new avenues of corruption by cleaning the drains of Mumbai and even with garbage. Mumbai Municipal Corporation has become a den of corruption. When the Mumbai Municipal Corporation raises the issue of corruption, they start accusing them of conspiring to separate Mumbai from Maharashtra. When I was in Shiv Sena, the same Shiv Sena used to make the same allegation against the Congress.