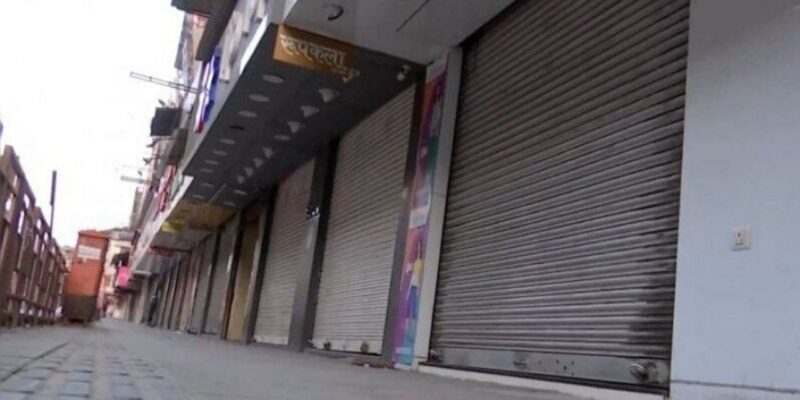 BJP and Raj Thackeray’s party MNS have announced to oppose the bandh. It has been said from the BJP that these Tighadi Aghadi have done the work of Mahishasur by calling for a bandh on the occasion of Navratri. BJP MLA Ashish Shelar has said that, ‘Bandh and protest are their business, they collect people and then ask for donations’. BJP leader Nitesh Rane said that BJP workers will support the traders who want to open shops. Leader of Opposition in Legislative Council Praveen Darekar said that where was Mahavikas Aghadi when farmers opened fire in Maval? The government is abusing its power. All APMC markets (market societies) are closed. Traders want to open shops and the people of the government come and appeal to them to close and the traders have to close under pressure.

What started and stopped in Mumbai- Thane?

Apart from the essential services in Mumbai, the Mumbai local train is running at full capacity, but it is necessary to complete the vaccination for traveling in the local train. The difference is visible in the transport of BEST buses. Due to this, the passengers leaving the house are facing problems. An incident of vandalism has come to light in eight BEST buses in Mumbai. The best bus drivers have demanded the government to make arrangements for the security of the bus. BEST employee organizations are also supporting the bandh so BEST bus service is slow.

An important news for the people living around Mumbai-Thane is that the APMC market of Navi Mumbai is closed today. From here vegetables are supplied around Mumbai-Thane. Therefore, there has been an impact in the supply of vegetables. Despite this, the shopkeepers of Dadar Vegetable Market have opened shops since morning. They say that these people come to collect a week from them. If we give the week why stop? Especially their target is towards the workers of Shiv Sena. The road to Raj Bhavan in Mumbai has been closed. Police security has been increased. Let us inform that from 12 noon, Congress leaders and workers are taking out a silent march outside the Raj Bhavan. They are agitating against the Lakhimpur violence by observing a fast of silence outside the Governor’s residence.

Students are also suffering the loss of bandh in Mumbai. Today it was necessary to go to college to complete the admission process. But due to the closure of BEST buses from Bandra to Byculla, they are facing problems. It is necessary to complete the vaccination to travel in the railways. In such a situation, it has become difficult for them to reach college. In Thane, workers of Shiv Sena and NCP reached Naupada area. Some shops were open. The police came in the middle even before the demolition happened. Rickshaw stand has also been closed.

What started and stopped in Pune?

Barring essential services in Pune, the results of the bandh are visible. PMPML and private buses are also not visible on the roads. Traders from Pune, Mumbai and Thane had protested the bandh till noon on Sunday. Traders had decided to open shops on Monday. But Viren Shah, president of Mumbai’s merchant organization, changed the decision till evening and decided to keep the shops closed till 4 o’clock on the demand of local Shiv Sena workers. Among the traders of Pune, wholesale traders and traders associated with market committees have decided to keep the market closed. But retail traders have decided to open shops.

What started and closed in other districts of Maharashtra?

In Solapur, Yuva Sena workers started the movement by burning tires this morning. Shopkeepers opened shops in Aurangabad, but the workers of Mahavikas Aghadi reached and closed the shops. Still, the bandh in Solapur, Kolhapur and Aurangabad is not showing much results. Traders have kept shops open.

Maharashtra Bandh: Maharashtra bandh today in protest against Lakhimpur Kheri violence, local train service continues, know what is open and what is closed

Tata may take a loan of Rs 15,000 crore to buy Air India, talks are on with SBI-led consortium of banks