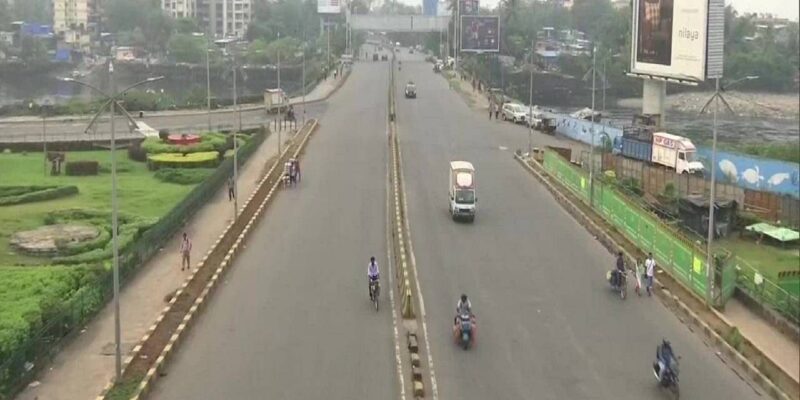 The supply of vegetables will be affected, essential services will remain open

Maha Vikas Aghadi has called for ‘Maharashtra Bandh’ on Monday (October 11) in protest against Lakhimpur Khiri Violence, UP. Maha Vikas Aghadi Government of Maharashtra In protest against the Lakhimpur Kheri violence, the ‘Maharashtra Bandh’ had a mild effect on the Monday morning of Mumbai’s bandh. The number of vehicles on the roads was less than usual. Traffic was less in Bandra, Mumbai. Essential services are smooth.

This Maharashtra bandh was opposed by the traders of Pune-Mumbai-Thane till Sunday afternoon. The traders decided that they would keep the shops open on Monday. Viren Shah, on behalf of the Mumbai Traders Association, said that ‘they understand the plight and pain of the farmers, support them, sympathize with them. But traders should not be dragged into this bandh. But by evening, Mumbai Traders Federation President Viren Shah released a video saying that all the shopkeepers will keep the shops closed till 4 pm.

He said that, ‘calls are being received from traders from different areas and at the local level, leaders of parties affiliated to Shiv Sena and Maha Vikas Aghadi are appealing to the traders to support them in the bandh. In such a situation, they will be supported by keeping the shops closed till 4 pm and shops will be opened after 4 pm. After the traders of Mumbai, the traders association of Pune also announced their support for the bandh till evening, but the retail traders of Pune are adamant on opening the shops. The traders associations of Nagpur and Aurangabad have announced the opening of shops.

The dabbawalas of Mumbai have also decided to oppose the bandh. They will put a black band in support of the farmers but will also run their business against the bandh. Raj Thackeray’s party MNS’s cine wing president Amey Khopkar has also opposed the bandh saying, ‘Let the politics of political parties begin, but the shooting of films will not stop.’ He says that we support the farmers but bearing the financial burden of keeping the shooting closed is now unbearable for the employees of the film industry.

In protest against the Lakhimpur violence in UP, NCP chief Sharad Pawar has given a call to make the bandh successful in a peaceful manner. NCP spokesperson Nawab Malik has demanded the resignation of Union Minister Ajay Mishra, father of Lakhimpur violence accused Ashish Mishra. Aaditya Thackeray and Sanjay Raut from Shiv Sena have appealed to their workers and leaders to make the bandh successful. Congress state president Nana Patole has appealed to the Congress workers and leaders to protest silently in front of the Raj Bhavan. Congress will protest by observing a fast of silence in front of the Raj Bhavan from 12 noon.

Meanwhile, BJP leader Nitesh Rane has said that if the traders are forced to keep the shops closed, then BJP workers will take to the streets and protest. BJP workers will help those shopkeepers who want to keep their shops open and those who do not want to affect their business. Leader of Opposition in the Legislative Council Praveen Derekar also raised questions on the bandh and said that if there is so much sympathy for the farmers, then why the state government does not provide help to the farmers who have been ruined due to excessive rains? Why is the shutdown decision affecting people’s employment?

Traders of Mumbai came out in protest against the first bandh, turned back in the evening

Viren Shah said on behalf of Mumbai’s Traders Association that, ‘shops will remain open on Monday. We support farmers. But the shopkeepers should not be dragged into the bandh. Barely shops have been able to start properly after Corona. At present, it is becoming difficult to pay salary to the staff. Traders of Thane have also decided to open shops. But till evening the traders have decided to support the bandh till 4 pm.

Sachin Nivangune, president of Pune District Retail Association, announced that, ‘The crippling economic situation due to Corona is just beginning to recover. In such a situation, we are not in a position to keep the shops closed. For the support of the farmers, we will definitely do so much that we will wear a band of black tape but we will also run shops. Traders in Nagpur and Aurangabad have also declared that they cannot support the closure of shops during festivals. That is why even in Nagpur and Aurangabad, traders are adamant on opening shops.

Maharashtra: Maha Vikas Aghadi that comprises of Congress, Shiv Sena, and NCP has called for a statewide bandh today in protest against the Lakhimpur Kheri violence that claimed the lives of 8 people including 4 farmers

Ajay Mishra’s son Ashish Mishra was arrested on Saturday night after 11 hours of interrogation in connection with the violence in Lakhimpur Kheri in Uttar Pradesh on October 3. Ashish Mishra has been named in the FIR registered in the case and he is accused of traveling in one of the vehicles that rammed the farmers opposing Uttar Pradesh Deputy Chief Minister Keshav Prasad Maurya, in which four farmers were killed. It is alleged that after this the farmers thrashed two BJP workers and a driver. Local journalist Raman Kashyap also died in this incident.

Navratri 2021: Know which flower to offer according to zodiac sign to please Goddess Durga?