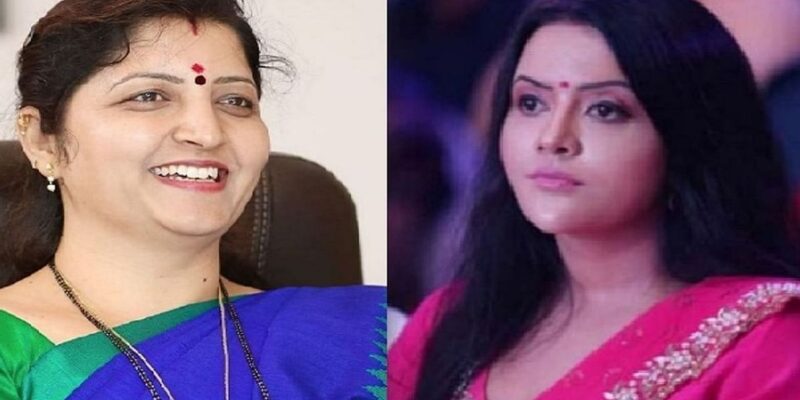 Maha Vikas Aghadi on Monday (October 11) observed a Maharashtra bandh in protest against the Lakhimpur Khiri violence. (Maharashtra Bandh) called upon. To make this bandh successful, Shiv Sena, Congress and NCP leaders took to the streets in all areas of the state including Mumbai. On this occasion, the leaders of Mahavikas Aghadi made strong remarks on the central government and BJP. In the meantime, Amruta Fadnavis, the Leader of Opposition in the Assembly and wife of former Chief Minister Devendra Fadnavis, made a tweet. Taking a dig at Mahavikas Aghadi, this tweet started a vigorous discussion. After this, the state president of NCP’s women’s wing, Rupali Chakankar (NCP) was also going to remain silent. He also responded quickly to the tweet and tweeted in a hurry.

Amrita Fadnavis’s recovery tweet on Maharashtra bandh been in discussion

Can anyone update me –
Is recovery on or off today?#MaharashtraBandhNahiHai

Amrita Fadnavis, while ridiculing the Mahavikas Aghadi government, wrote in a tweet, ‘Can anyone update me – is recovery on or off today? ‘ The reply to this tweet was also funny. NCP leader Rupali Chakankar gave a tweet in response to the tweet. Rupali Chakankar wrote in her tweet in Marathi, ‘The way there is no harmony in the song of sister-in-law, in the same way there is no harmony in her words. The perfect combination of insensitivity and ignorance means Amrita Bhabhi.

Amrita Vahini is the perfect combination of a senseless mind and partial knowledge. https://t.co/SdHZLYxPmp

Let us tell you that Amrita Fadnavis is fond of singing. Today is the birthday of megastar Amitabh Bachchan. Amrita Fadnavis also released a song album with Big B. Earlier, Devendra Fadnavis had also strongly attacked the ‘Maharashtra Bandh’ on the call of Maha Vikas Aghadi.

Sharad Pawar compared Lakhimpur Kheri violence to Jallianwala Bagh. Reversing this, Devendra Fadnavis said, ‘Didn’t you remember Jallianwala Bagh when bullets were fired at farmers demanding water near Maval in Pune district? What happened in Lakhimpur Kheri is sad. There the government is taking appropriate action. But why not send a single penny of financial help for the farmers of Marathwada who have been devastated and ruined due to rain and floods here? Fadnavis said that if Mahavikas Aghadi is such a big beneficiary of farmers, then announce an economic package for them. In response to Fadnavis, the Congress State President said that the demand for financial help has been made from the Centre. Why doesn’t Fadnavis get relief from the Centre?

There was a lot of talk about the farmers, what happened to the ‘bandh’ for the farmers?

In this way, let these political parties decide among themselves whether ‘Maharashtra Bandh’ was successful or unsuccessful. But remember that in this tug-of-war of politics, another day of lakhs of daily wage laborers passed away on an empty stomach. If sympathy for the farmers can be shown only through the bandh, then why have they needed to provide relief to the farmers. Politics has started, the problems of farmers and poor are standing as they are.