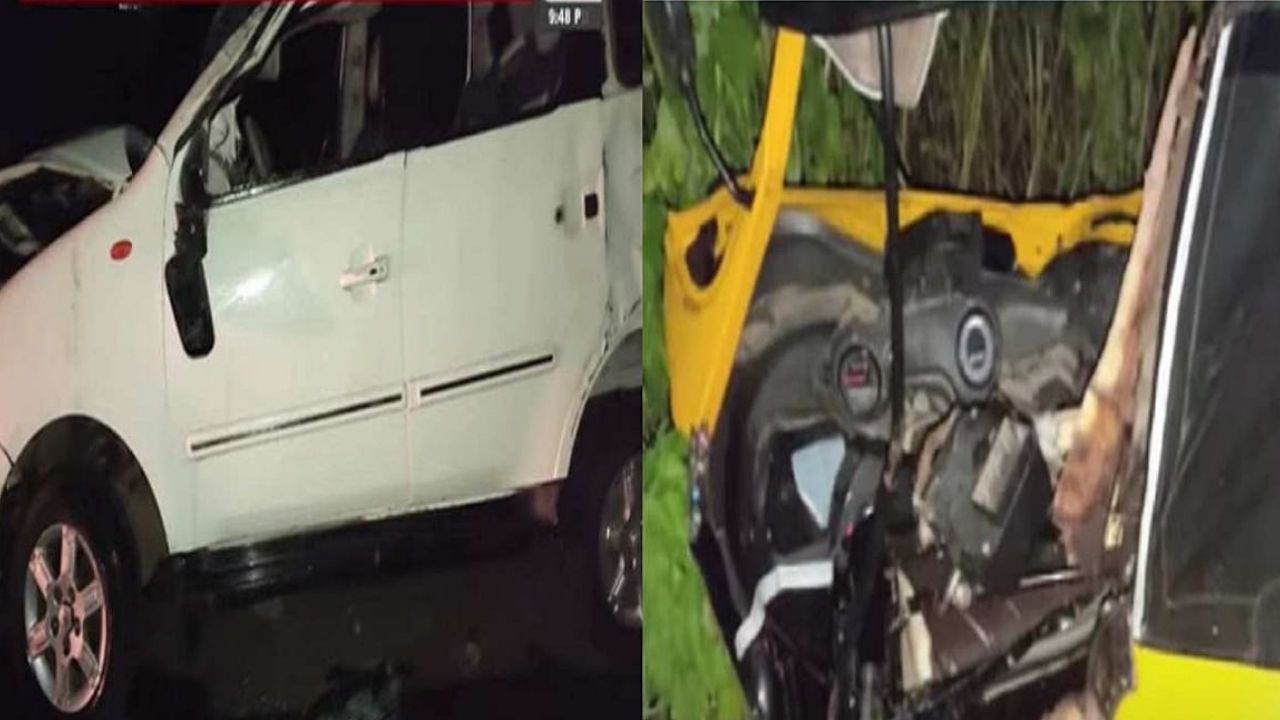 The dead and injured people have been admitted to the Central District Government Hospital in Ulhasnagar. Shivaji Nagar police reached the spot after getting information about the incident.

An auto rickshaw and a car collided in the evening on Sunday (September 12) at Ambernath in Thane district, adjoining Mumbai. Four people died on the spot in this accident. The four deceased are being told of Ulhasnagar. Shivaji Nagar police has reached the spot.

The injured were admitted to the government hospital

The incident happened near Palegaon in Ambernath. Xylo car rammed auto rickshaw on MIDC Road. There are also reports of some people getting injured in this accident. The dead and injured people have been admitted to the Central District Government Hospital in Ulhasnagar. As soon as the information about the incident was received, the Shivaji Nagar police reached the spot and the hospital. Information has been received about the occupants of the accident vehicle that they were coming for Ganesh immersion, although the police has not confirmed this.

Dumper hit two people in Nalasopara, both died on the spot

A few days ago, two youths were hit by a loaded dumper in Nalasopara East of Thane district adjoining Mumbai. In this collision, both died on the spot. One of the deceased youth’s name is Rohit Mishra and the other’s name is Vinay Tiwari. Rohit’s age is 24 years and Vinay’s age is 25 years. Both of them were residents of Bhadohi district of Uttar Pradesh. Both of them came to Mumbai in search of jobs. The police have caught the dumper driver. The accident happened on September 6.

Both these youths were going on a bike through the Central Park in Nalasopara East. Meanwhile, while taking a U-turn, his bike was hit by a dumper. In this collision, both the youths died on the spot. In this case, a case has been registered against the dumper driver at Tulinj police station. The dumper driver has been caught by the police. Many people do not have jobs and business during the Corona period. At such a time, both these youths had come to Mumbai in search of work. But both of them lost their lives in the accident. This accident has brought down a mountain of sorrow on the family of those youths.

Maharashtra: BJP leader Kirit Somaiya claims, file of scam of crores of two big ministers of Thackeray government will be prepared, one will be exposed on Monday

Conversion in UP: Greed to give 12000 per month for converting to Christianity, VHP intervened