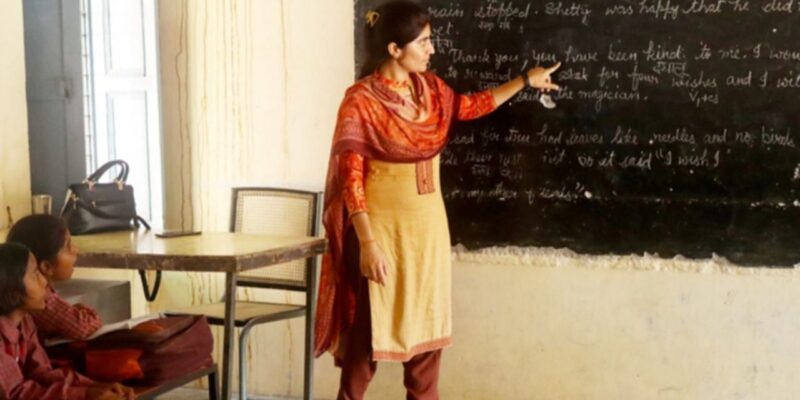 22 teachers from different states who have contributed to the promotion of education during the corona pandemic have been selected for the Dr. Kalam Memorial Teachers Award. Dr. APJ Abdul Kalam Center and Dr. Vikhe Patel Foundation gave this information here on Thursday.

In the midst of the Corona epidemic, along with the economy, the education system was also badly hit. Its impact on the education system was so fatal that even schools and colleges have not been opened in many places so far. However, even during this time, the teachers continued the work of educating the children by taking out online classes and many more such methods. In such a situation, now such teachers will be honored.

200 applications came for the award

This announcement was made on the eve of 90th birth anniversary of former President and eminent scientist, late Dr. APJ Abdul Kalam. Kalam passed away in July 2015. The 22 winners were selected on the basis of their innovation, inclusivity and promotion of education in times of global pandemic, through a rigorous process including reviews and interviews, a release issued by the organizers said.

The winners include Raj Kumar Pal of Delhi, R. Lalthangamaviya, Sanjay Sachdev of Gujarat and Alayamma George of Kerala. There were four categories for the selection of winners – primary, secondary, government and private schools. 200 applications were received for this award, out of which the winners were selected by a committee of experts.

read this also: NCB remembered Mahatma Gandhi in the hearing of drugs case, know what were the arguments of the lawyer

read this also: Aryan Khan’s bail plea will be decided on October 20, will have to remain in jail for 6 days

Will the internal turmoil in the Punjab Congress unit stop soon? Navjot Singh Sidhu reached AICC office on the call of high command