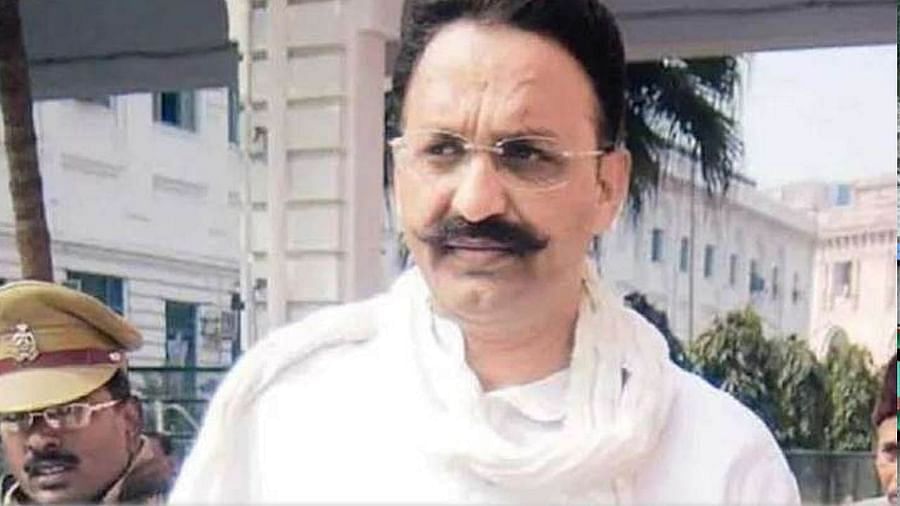 A meeting of officers is being held after Mukhtar Ansari’s health deteriorated. The jail administration has not given any statement in this matter yet.

Mafia don and MLA from Mau Mukhtar Ansari (Mukhtar Ansari)’s health has suddenly deteriorated in Banda Jail. The jail administration took the advice of doctors on Mukhtar Ansari’s health, after which he was sent to the medical college under tight security. According to the information, the condition of Mukhtar remains critical. Earlier Mukhtar Ansari had got corona.

Officers’ meeting is being held after Mukhtar Ansari’s health deteriorated. The jail administration has not given any statement in this matter yet. Jail Superintendent Prabha Kant Pandey said that the situation is being monitored, a meeting is being held in this regard. Right now no information can be given on this.

Mukhtar Ansari has suffered a major setback on Monday. Two real brothers of Prayagraj, Mohammad Akbar and Mohammad Akmal, had taken bail in the murder case of Mukhtar Ansari. But on Monday both of them withdrew the bail. On Monday, both the brothers filed an application for withdrawal of bail in the MP-MLA court. Both have argued in the court that he is out of the city due to some personal work. Because of this he wants to withdraw the bail. After hearing their arguments, the application was accepted and the bail was cancelled.

The court ordered to make a custody warrant of Mukhtar in this case. On 26 August 2010, Mukhtar Ansari was granted bail in the murder case. Which has now been quashed by the court. The next hearing in this case will be on September 22.

was accused of betel nut of murder

Recently, during a virtual appearance in Barabanki, Mukhtar Ansari had alleged that he could be murdered. A betel nut of five crores has been given for this. Mukhtar said that some people have been told that whoever kills me will get five crore rupees.

Also read- PM Awas Yojana: Owaisi’s target on CM Yogi, said- Muslims got only 10 houses out of 6 lakh in UP

SSVV Recruitment 2021: Vacancy for many posts in this university, tomorrow is the last date of application