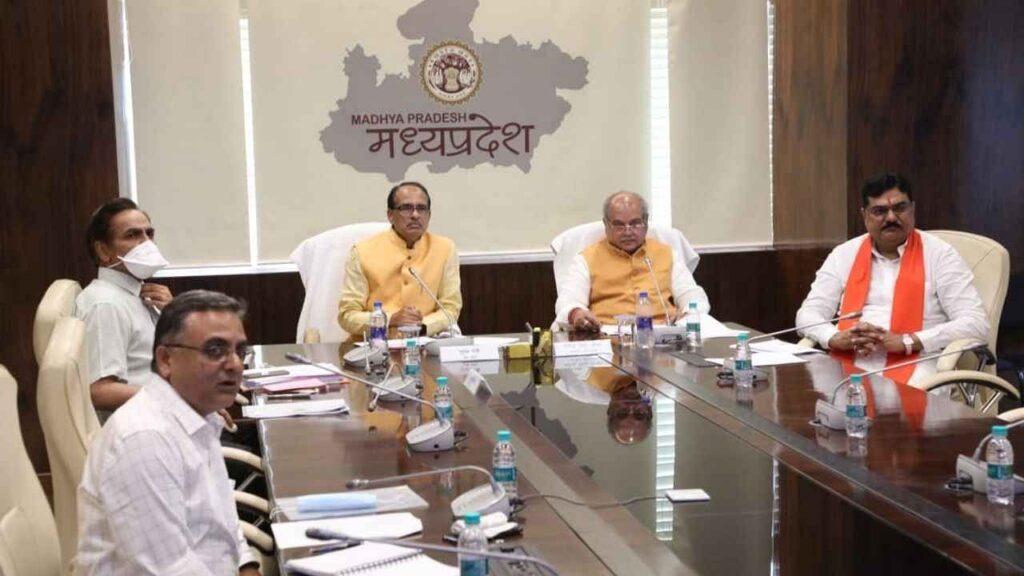 Union Agriculture Minister Narendra Singh Tomar said that Madhya Pradesh is ahead of many provinces in the field of agriculture. He said that the work of agriculture sector in Madhya Pradesh is capable of bringing a change in the standard of living of all the farmers and will make the agriculture sector proud. Prime Minister Narendra Modi had started an ambitious program for agricultural infrastructure with an amount of one lakh crore. Under the Agriculture Infrastructure Fund, proposals worth Rs 10 thousand crore have been received from the states and out of this, proposals of Rs 5 thousand crore have been approved by the banks. Madhya Pradesh has done maximum number of projects in this with the participation of Rs 1,000 crore, which is commendable.

Tomar said that the Government of India is starting the Digital Agriculture Mission. Through this mission, such activities will be done with the farmer in which the work of harvesting, sowing, crop insurance compensation, land area, transfer etc. will become transparent.

Union Minister Tomar said that he is confident that Madhya Pradesh will progress rapidly by working on mission mode for agricultural development and Madhya Pradesh will become a model state. Tomar said that farmer friends should be trained in Madhya Pradesh. He said that along with the development of the app for Girdawari, this system should be used in such a way that its usefulness reaches the farmer. Let us try to increase the confidence of the farmer. Farmers will also have to take interest in this work.

Chief Minister Chouhan said that there has also been a discussion regarding the availability of manure. The Prime Minister and the Union Agriculture Minister have assured that the DAP will be available to the farmers at the rate of Rs 1,200 per bag. Even after increasing the subsidy to Rs 2400 per bag, there will be a system of giving DAP to the farmers at the old rate. Farmers will get freedom from the increased rate and uninterrupted supply of manure, fertilizers will be possible.

Request for purchase of additional moong

CM Chouhan said that discussions have also taken place for the purchase of moong. In view of the bumper production of moong in the state, the Government of India has been requested to give approval for the purchase of additional moong. This will benefit the farmers.

Also read- Mandis will not be closed, can use Agri Infrastructure Fund to increase their income- Agriculture Minister Tomar