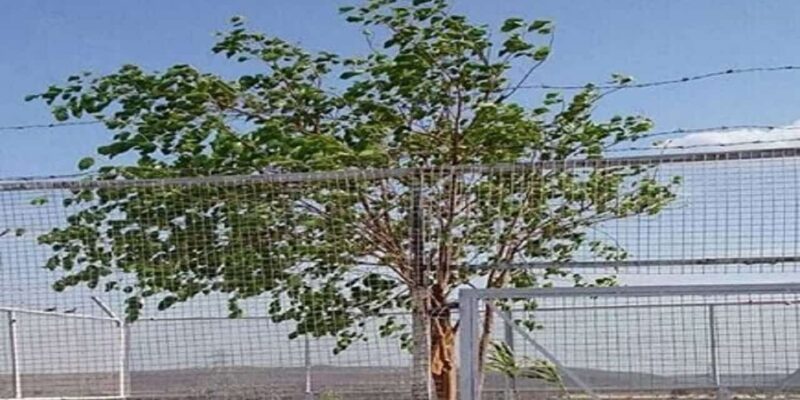 A strange case has come to the fore in Raisen district of Madhya Pradesh. Just look at a tree where it is located. This tree is also visible from VVIP to VVIP. Guards protect this tree for 12 months 24 hours a day. If even one leaf of it falls, then the district administration gets sleepy. This tree is so important that its medical checkup is done every 15 days. This Bodhi tree is at a height of 15 feet, which is built on a hill. In its protection, 4 to 5 security personnel do it together. To save this tree, the officials of the Agriculture Department visit here every week. At the same time, lakhs of rupees are spent every month in its maintenance.

Actually, it is the Bodhi tree. Which is situated on the hill of Salamatpur of 100 acres. It was planted by the then President of Sri Lanka Mahinda Rajapaksa on 21st September 2012. It is protected because it is considered to be of special importance in Buddhism. According to the Buddhist religious leader, Lord Buddha attained enlightenment under this tree in Bodh Gaya. Along with this, Emperor Ashoka also went in search of peace with the help of this tree. This VVIP tree is kept under the watch of the home guards at all times inside the iron net about 15 feet high.

The government spends about 12-15 lakh rupees every year.

According to reports, Sanchi is a tourist destination in Raisen district. Buddhist University was established here years ago. This Bodhi tree has been planted on the hill of this university. About 12-15 lakh rupees are spent every year on the maintenance of this VVIP tree. A guard posted in the protection of this tree told that he was posted here in the year 2012. He told that earlier many people used to come to see this Bodhi tree, although during this time there has been a slight decrease in the number of people.

Bhopal is the nearest airport to reach the tree.

According to media reports, care is taken that there is no shortage of water for the tree. The entire hill has been allotted to the Buddhist University. The entire area of ​​this area is being developed as a Buddhist circuit. You have to come to Sanchi to see this tree. Sanchi can be reached from Bhopal and Indore. Sanchi is located at a distance of about 50 km from Bhopal. There is no facility to reach Sanchi by air. Rajabhoj airport in Bhopal is the nearest airport.

read this also: Power crisis may deepen in Madhya Pradesh! Only 2 days of coal left in Srisingaji Thermal Power; Know- condition of other plants

After the Tokyo Olympics, the winds of change in the Boxing Federation, the men’s team got a new coach

Is Prashant Kishor trying to make Mamata Banerjee the next prime minister by enticing Rahul Gandhi?