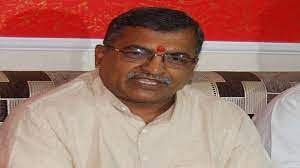 The VHP said that the people belonging to the Scheduled Tribes who have converted, should also make necessary amendments to the Constitution to deprive them of the benefits being received by the tribes.

The Vishwa Hindu Parishad (VHP) has called upon the state and central government to enact strict laws to prevent illegal conversions, so that strict action can be taken against those who convert through greed, fear or fraud. Along with this, the VHP said that the people of Scheduled Tribes who have converted, should also make necessary constitutional amendments to deprive them of the benefits being received by the tribes.

VHP’s Union General Secretary Milind Parande said in a press conference on Sunday, “Due to the widespread and aggressive conspiracies of illegal conversions by some missionaries and mullah clerics, Vishwa Hindu Parishad (VHP) launched a massive ‘Dharma Raksha’ campaign across the country from December 20 to December 31.” have decided to run.

Madhya Pradesh is becoming the center of conversion

He said, ‘In view of the nationwide threat of conversion, the state and central governments should check the anti-Hindu anti-national misdeeds of jihadis and Christian missionaries by enacting strict laws to stop illegal conversions. Now the time has come that there should be a system of harsh punishment for those who convert through greed, fear and deceit. The VHP leader said that Jhabua, Betul, Sagar, Jabalpur, Satna of Madhya Pradesh are becoming famous conversion centers and news of torture and murder of Hindu women suffering from love jihad is coming daily from one or the other part of the country including Madhya Pradesh. are.

He said that the Hindu society, which has faced the pain of genocide, terrorism and riots in history, can no longer accept this new scenario under any circumstances. Parande said that the VHP urges all the saints and saints and great men of socio-religious leadership of the country to create mass awareness in the society against these conspiratorial forces, stop illegal conversions and convert the converted people to their religion again. Connect with your roots by joining in.

Also read- Madhya Pradesh: In Jhabua, a person presented a different example of love for animals, a funeral procession was carried out on the death of a cow; Last rites performed with Vedic chants